Catalans are the first overseas team to reach the Grand Final, but head coach McNamara is not content to stop there. "The players understand that if we are going to do something historic, we have to do it next week in Manchester," he said

Steve McNamara knows there are even greater rewards up for grabs for Catalans Dragons after the French club made history by securing a first Super League Grand Final appearance.

The Dragons beat Hull KR 28-10 in Perpignan on Thursday night to become the first overseas team to reach the showpiece match.

They will now face either Leeds or St Helens at Old Trafford next week, where former England boss McNamara has challenged his players to cap their fairy-tale season with victory.

"There was no mass celebration at the end of the game here at the Brutus," McNamara said.

"The players understand that if we are going to do something historic, we have to do it next week in Manchester."

Catalans struggled to control an energetic Rovers in the first half but tries from Arthur Mourgue, Fouad Yaha and Joe Chan after the interval ensured the Dragons' maiden final appearance. 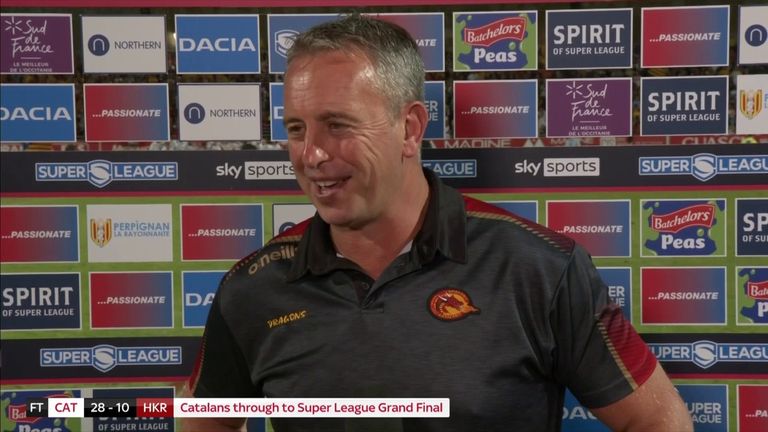 The emotions at a sold-out Stade Gilbert Brutus were almost too much for the Dragons but McNamara was proud of the way his players dealt with the occasion.

"There was a danger that we would get caught up in the occasion of a sell-out crowd but whilst it wasn't a great performance from us we showed great determination to win the game," McNamara said. "It's a massive night for the club to achieve its first-ever Grand Final.

"The fireworks and the flares and the passion, it's a different place here and it's inspirational. They have showed that support all year. 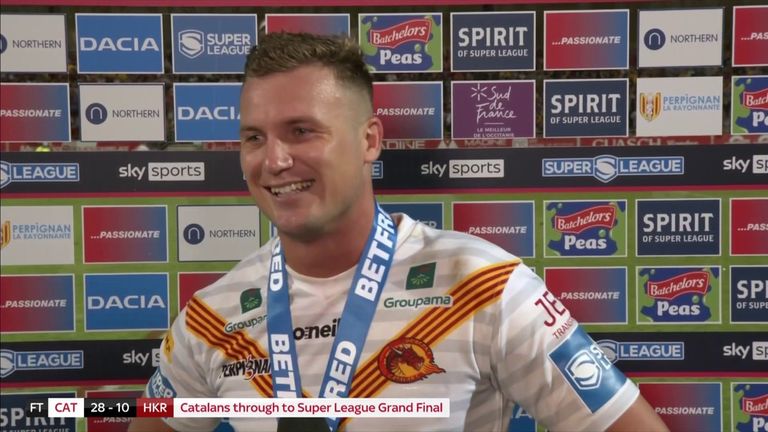 "It was good to show the fans what we are capable of in the second half. It was one of those nights where we had to fight and scrap, pinch an intercept, and that's what you expect in a semi-final."

Hull KR head coach Tony Smith was full of praise for Catalans and also his own team's performances this season, which had been better than many had expected after finishing sixth to qualify for the play-offs and then reaching the semi-finals.

"They were a bit more urgent and we weren't quite on that same energy plane that we were last week and that has got to be our biggest challenge," Smith said. "We have to back it up week after week but we are making progress. 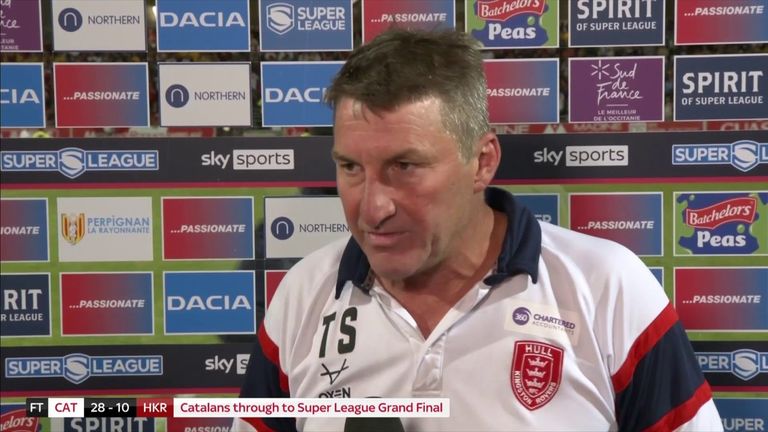 "We worked hard and got to where we wanted to be. We're disappointed we didn't get to the next step but we should be proud of what we've done this year.

"We believe in ourselves and we've got to work harder and get smarter next year and take some of the hurt from this year and work with it. We will have a review, then a break and back into it to get ready for next year.

"I can't give Catalans enough praise and I wish them well next week. I'm close friends with Steve McNamara and I wish the club well. It's a good thing for the sport and having a new face on the trophy can only be a positive for rugby league."