Eddie Jones may have spent the entirety of his playing and coaching careers in rugby union, but the 13-man code has long held an interest for the England head coach.

From growing up as a fan of South Sydney Rabbitohs in Australia, to bringing in rugby league great Andrew Johns to consultant on England's tour of his homeland in 2016 and - until this week - having former State of Origin prop Jason Ryles on staff as his skills coach, the 61-year-old has always cast an eye across the sport's divide.

Most recently, Jones took up two-day consultancy position with Super League side Hull FC, having taken up an invitation from Black and Whites head coach Brett Hodgson when his compatriot was spending time with the England team as part of his personal development.

Was great for myself and the staff at @hullfcofficial to chat to Eddie Jones over the past couple of days. A wealth of knowledge and experience to draw from having coached at the highest level in RU for many years! https://t.co/0HdOXn0Zgs

It is not the first time Jones has visited a Super League team, having spent time with Warrington Wolves in 2019. But, as Wolves head coach Steve Price explained, it proved just as beneficial for those on the league side as well.

"He's always cutting-edge and a guy who has been around for a long time, but also willing to improve himself," Price told Sky Sports, adding: "I think it's fantastic he's come to see the greatest game of all, which is rugby league!

"He's a great man to talk to, but he's got different ideas about high-performance sport whether it's mentally or physically.

"I'm sure he'll be getting a lot of experience down there at Hull FC, but also pass on some valuable stuff which was great for us when he came to Warrington and vice-versa when I went down to England rugby union. 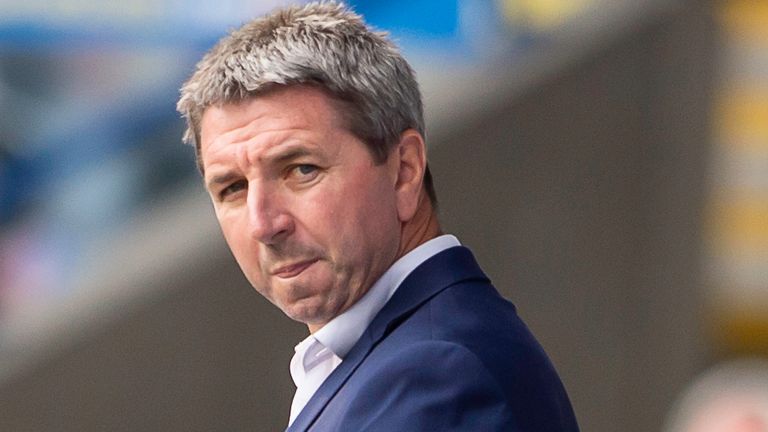 He's a great man to talk to, but he's got different ideas about high-performance sport whether it's mentally or physically.

"He's a remarkable man who's done a lot in sport for so long."

Jones took an active role in training with Hull ahead of the visit of Catalans Dragons to the KCOM Stadium on Monday evening, as well as spending time addressing the players and passing on some of his own experiences.

Winger Mahe Fonua is one who believes the team have benefitted from Jones' presence and was quickly put at ease by the Australian when he spoke to the squad.

"I didn't know what to expect but, from when he came in, he cracked a few jokes straight away and got the boys on side," Fonua said. 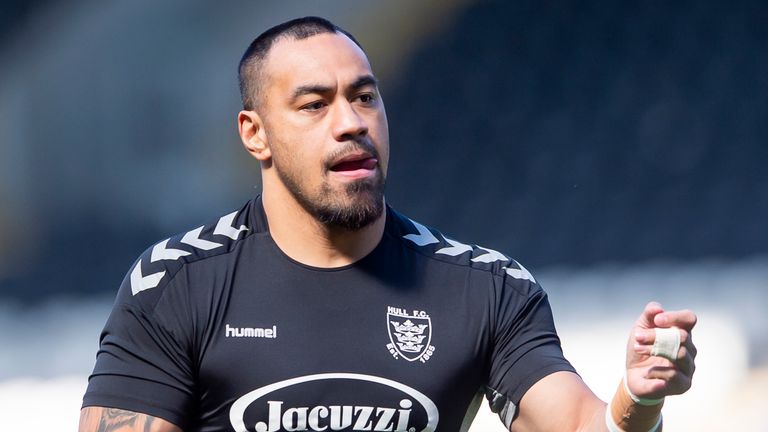 It was a good experience for me. I'll try to take in what he said, and I'll hopefully be better for it.

"He approached me as I was warming up and stretching and we had a good yarn. He seemed genuinely interested. It was a good experience for me. I'll try to take in what he said, and I'll hopefully be better for it.

"He told us to be courageous and be the best team-mate you can be for your team, and never miss an opportunity. We're going to try to implement that attitude into our season and hopefully that will help us."

Jones has not limited himself to seeking insight from within the rugby codes when it comes to gaining an edge though, with former NFL head coach Bill O'Brien and Ineos Grenadiers cycling team boss Sir Dave Brailsford among those in other sports he has consulted.

Price, who spent time helping out the England rugby union team ahead of last year's Autumn Nations Cup final, is in no doubt it is vital for coaches to look beyond their own spheres to learn how others in high-performance sport do things too.

Brilliant to welcome Eddie Jones and the @EnglandRugby performance team down to training at the HJ this week pic.twitter.com/JUhzcJBBXY

"It's critical," Price said. "As people, we always want to get better every day and I'm sure on the other side they're no different.

"It's about the cutting edge and keeping evolving and improving day to day, so it's very important."