Huddersfield prospect Will Pryce has learnt some valuable lessons from his dad's playing career. "Just to keep my mouth shut, keep switched on - on and off the field - and enjoy every moment because you don't get it for your whole life," the 18-year-old said about the advice he gave him

When Will Pryce crossed for the second try of his fledgling career in Huddersfield Giants' 40-26 win over Hull FC on Thursday evening, there was one man at the John Smith's Stadium who perhaps savoured it more than anyone else in attendance.

That was none other than his father Leon, there as part of the Sky Sports team for the live broadcast of the match, but also someone who has been there to support his son every step of the way as he bids to make a mark in Super League too.

There is little Pryce senior has not seen during a 19-year playing career which saw him scale the heights with Bradford Bulls and St Helens in particular, but while he is keen to give his son the benefit of his accumulated wisdom he also understands the need to let him develop on his own. 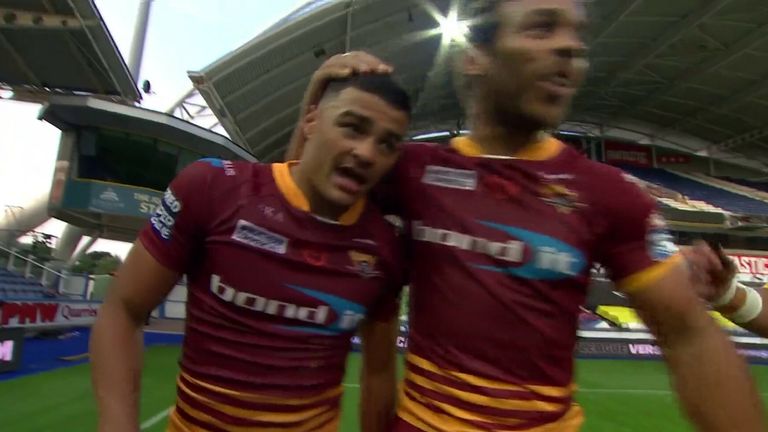 "I've tried my best and we've got a good relationship," Pryce said of Will. "When I talk to him, it's not like he takes it to heart and he knows I'm just trying to help him.

"I'm going to have to back off at some point, but he's only 18 and I'm really aware of not wanting him to make some of the mistakes I've made along the way.

"He's got four games under his belt and it's a great time in your life where you don't know where you're at, you come in against some big boys and get the chance to test yourself.

"He's come in and made a bit of an impact, the team have risen, and he's been helped by a lot of good people around here." 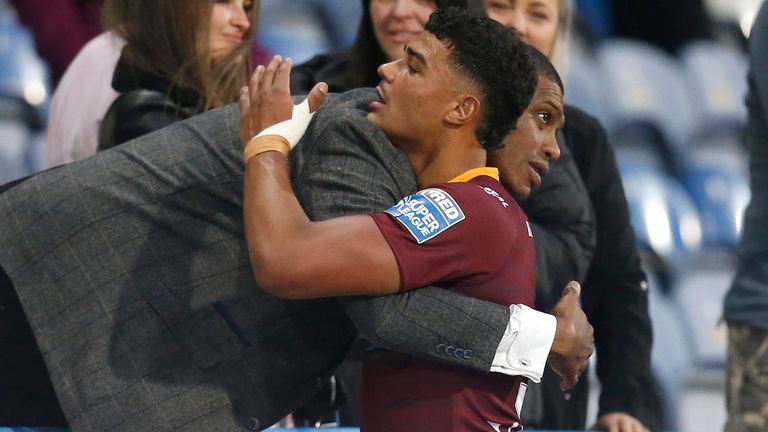 I'm going to have to back off at some point, but he's only 18 and I'm really aware of not wanting him to make some of the mistakes I've made along the way.

Leon Pryce on his son Will Pryce

Being part of four Super League Grand Final triumphs and six Challenge Cup successes during his spells with the Bulls and Saints, allied with earning 17 Great Britain caps and representing England at the 2000 and 2008 Rugby League World Cups, underlines Pryce's ability as a player.

But along with those highs, the 39-year-old experienced the lows which come with professional sport too. Like many athletes, he found the adjustment to life after hanging up his boots hard at times too.

It is those experiences, along with the general advice about playing rugby league at the highest level, which Pryce junior is learning from as he takes his first steps in what will hopefully be a long and successful career.

"Just to keep my mouth shut, keep switched on - on and off the field - and enjoy every moment because you don't get it for your whole life," the 18-year-old said about the advice his father had given him. 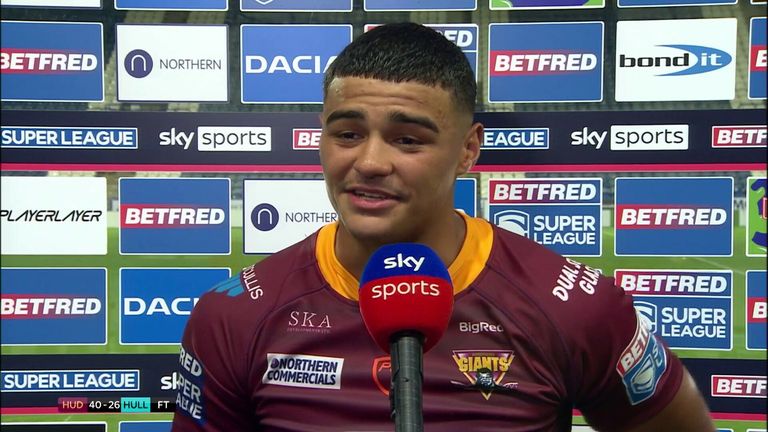 "It was tough for him when he retired and it wasn't nice for me and my family to experience, so just keep enjoying it.

"My main strength is my running game and growing up watching him, that's what he was doing.

"I've tried my best to just be confident, play fast and take the line on. That's what I did for the try [against Hull FC] and that's what he'll keep asking me to do every week."

Although he again lined up in the halves alongside Oliver Russell in the win over Hull, Pryce is being tipped to establish himself as a full-back by Giants head coach Ian Watson. I think he's going to be like the next Sam Tomkins. I think his best position is probably going to be full-back as well, so he's really exciting for the future of Huddersfield - and the future of the game as well.

And while the former Wales international is keen not to place too much of a burden on the teenager who earned the player of the match award in only his third appearance as the Giants were edged out 14-12 by Wigan Warriors, he is in no doubt he has the potential to become as good as one of the current stars of Super League.

For his part, Pryce is determined to stay grounded and the most important thing for him on Thursday night was Huddersfield ending a run of six straight loses as the Giants bid to start moving away from the lower reaches of the Super League table.

"I can't stress how important that is," Pryce said. "We've been grinding it out week in, week out training and these short turnarounds have been really tough for us.

"Playing on five-day turnarounds and losing by two or four points have been killing us. We've been putting in that effort every week and to come away with a win is phenomenal."