Sir Lindsay and Warrington's Karl Fitzpatrick combined to present shirts to speakers from around the G7. "I was speaking to Lindsay at one of the games...and I said: 'What a great opportunity to introduce rugby league to some of the dignitaries around the world," Fitzpatrick said

Sir Lindsay Hoyle and Karl Fitzpatrick are never ones to miss an opportunity to promote rugby league.

So, when the Speaker of the House of Commons mentioned to the Warrington Wolves CEO he would be hosting the annual G7 Speakers Conference in his home parliamentary constituency of Chorley, it gave them the perfect chance to spread the word across the world.

As well as discussing the theme of 'Secure versus Open Parliaments?' with his counterparts from Canada, France, Germany, Italy, Japan, the USA and the European Parliament at Astley Hall from September 17 to 19, the 64-year-old presented each of them and singer Alfie Boe, who performed at the function, with personalised Warrington shirts.

🎙️ Who would be easier to control - a group of Super League players or MPs? 🤔

Among those to receive one was Speaker of the United States House of Representatives Nancy Pelosi, who is a noted fan of American football side San Francisco 49ers but whom Fitzpatrick hopes will now be visiting the Wolves' Halliwell Jones Stadium one day.

"I was speaking to Lindsay at one of the games and he told us this G7 function was coming about, and I said: 'What a great opportunity to introduce rugby league to some of the dignitaries around the world' - and, in particular, Nancy Pelosi," Fitzpatrick said.

"He explained to her it's like the NFL but without the pads, so her eyes lit up and she's looking forward to coming and watching a game.

"They were delighted with the shirts and now we've got eight new Warrington Wolves supporters." 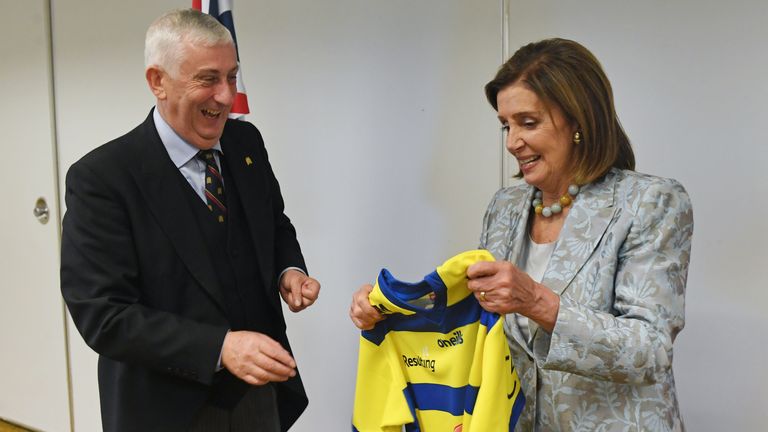 Lindsay explained to Nancy Pelosi rugby league is like the NFL but without the pads, so her eyes lit up and she's looking forward to coming and watching a game.

Sir Lindsay's passion for rugby league comes from his time working for the local authority in Chorley when Wigan-based Springfield Borough relocated in 1988, backing the initiative to bring the professional game to the town's Victory Park and later having a spell as the club's chairman.

His father, Lord Doug Hoyle, a former member of parliament for Nelson and Colne and later Warrington, served as Wolves chairman from 1999 to 2009 as well and his son has long been an ardent support of both that club and the sport as a whole.

"I'd got this real passion for the best game in the world," Sir Lindsay told Sky Sports last month. "The thing is, we've just got to sell it better and get more people involved.

"I've seen the highlights [at Warrington] and things Chorley would never have done. To actually get out there and watch them picking up the Challenge Cup was something special to me and it's been special to see lads from Chorley making it in rugby league. 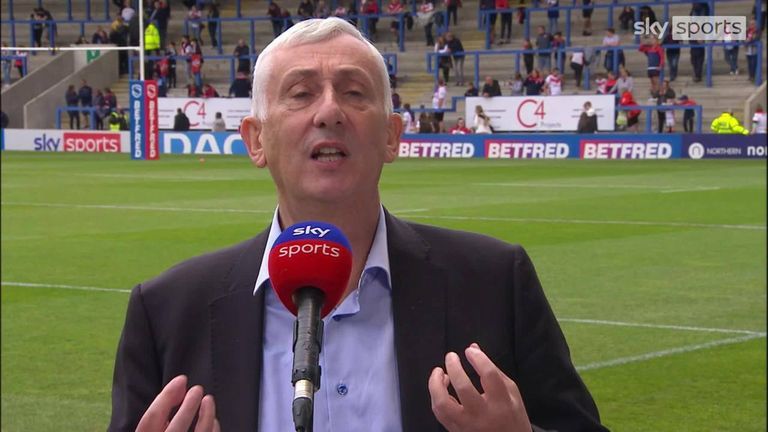 "I've got that belief in this game - it's a great game and I just want to see it develop and grow. We undersell ourselves, it's one of the best-kept secrets in sport and we've got to do better, and wherever I can, I will always promote the game."

Sir Lindsay played a big role in the government providing a £16M emergency loan to the RFL to get rugby league through the Covid-19 pandemic when both professional and community clubs were forced to suspend operations during the first lockdown last year.

And Fitzpatrick is glad rugby league has such high-profile people in positions of power with an understanding just how important the game is to the communities it thrives in.

"We're integral to our communities and hard-to-reach communities as well, and Lindsay understands that," Fitzpatrick said. 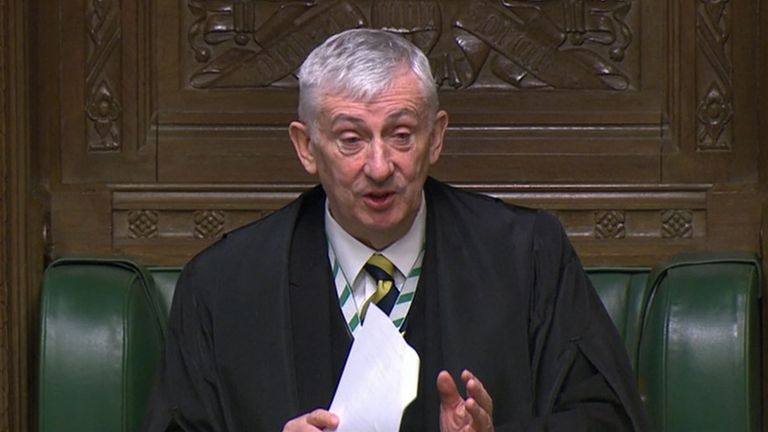 Rugby league is a great game and I just want to see it develop and grow. We undersell ourselves, it's one of the best-kept secrets in sport and we've got to do better, and wherever I can, I will always promote the game.

"He does bang the drum of rugby league and he was very influential in supporting the loan that was forwarded to the RFL during Covid.

"He was certainly pushing for that on behalf of the sport, so it's great we have a representative in such a high-profile position down in Westminster who is really championing the game.

"At the function in the evening, Lindsay spoke to all of the speakers and dignitaries, and touched on rugby league and Warrington Wolves and what a fantastic sport it is, so it's fantastic he's putting our sport in the limelight."

Whether Ms Pelosi will ever wear her Wolves shirt on the floor of the House of Representatives or be tuning into Friday's Super League play-off clash with Hull Kingston Rovers - which is live on Sky Sports - remains to be seen.

But, thanks to her, there will soon be another Warrington shirt in the official residence of the US president, the White House.

"She did ask if we could send another shirt for Joe Biden in the fall, so we're just getting one knocked up with 'Biden' on the back and maybe No. 1," Fitzpatrick said. "They were all delighted with the shirts and it was a fantastic event."