We look ahead to Thursday's Super League play-off clash between Wigan Warriors and Leeds Rhinos, live on Sky Sports Arena...

Wigan centre Oliver Gildart will bid a fond farewell to the DW Stadium on Thursday night but is desperately hoping he can emulate a host of his old team-mates with a grand departure at Old Trafford.

The 25-year-old England international is ending his seven-year stint with his hometown club at the end of the season, which will come on Thursday if they fail to beat Leeds in the first Super League elimination play-off.

Gildart, who along with team-mate Jackson Hastings will be joining Wests Tigers in the NRL for 2022, is hoping to match the achievements of Sam Tomkins, Josh Charnley and John Bateman, who all won a Grand Final ring in their last matches for the Warriors before moving on.

There is also an opportunity for the Wigan players to send departing coach Adrian Lam out on a high, just as they did with his predecessor Shaun Wane in 2018.

"It's made me reflect on my time here at Wigan," Gildart said during a visit to his old amateur club Hindley ARFLC as part of 'Pride in the Community' initiative by Ronseal designed to give back to grassroots rugby communities.

"I've had some great memories and I've got the opportunity to create one more.

"I remember Waney's last Grand Final and I played with Sam and Josh and Batty in theirs.

"It would be an absolute dream way to go out, especially at Old Trafford, but a lot of hard work goes into that. I really hope we can do that.

"I'm trying to enjoy every moment, being around the boys as much as I can, and hopefully I can get to that Grand Final and get another ring.

"It would mean everything, especially with me leaving. I've two from four so I'd like to add another ring to my collection."

Wigan will face a trip to either Catalans Dragons or St Helens if they overcome Leeds after finishing fourth at the end of a less than impressive campaign so far.

"It's not good enough for us at Wigan," admitted Gildart. "We strive to win everything, we want to be the best in everything.

"But it's been a very difficult season and it's not ended up too bad. We have a home quarter-final boxed off and anything can happen. People have won it from fourth before.

"There's going to be a lot of pressure on us to get there but there's something special in our team when it comes to this time of the season, we seem to get the results." 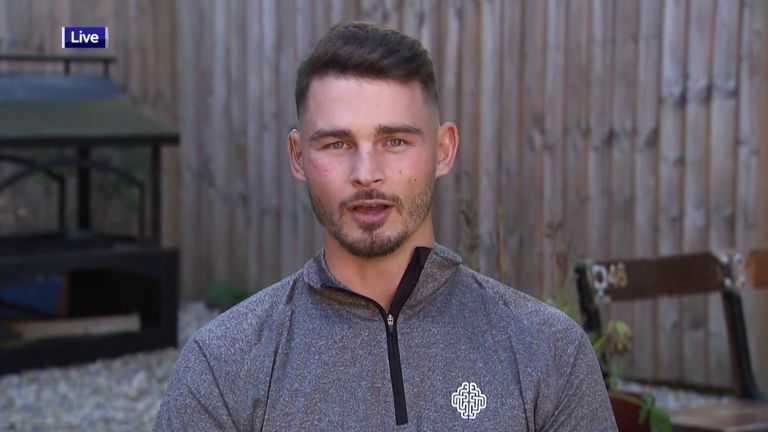 In terms of team news, Wigan are without prop Joe Bullock after he sustained a shoulder injury in the win over Catalans Dragons but Lam is able to recall Liam Marshall, Brad Singleton, John Bateman and Morgan Smithies after resting them for that final game of the regular season.

Lui on his departure and wanting to 'go all the way'

Leeds, too, know how to peak at the right time and are aiming to win the title from fifth place for the third time as they prepare to welcome back New Zealand international Zane Tetevano from suspension and Mikolaj Oledzki, Alex Mellor and King Vuniyayawa from injury.

"We want to go all the way," said Rhinos stand-off Rob Lui, who is also leaving Super League at the end of the season. "We've got confidence in each other.

"It's been a rough year for us but if none of these injuries happened we wouldn't have got to see the likes of young [Morgan] Gannon or Jack Broadbent coming out on his own.

"We get Zane [Tetevano] back and a few big bodies back this week. It's going to be tough against Wigan, Thursday night and finals footy, but we can't ask for anything more. We'll take it day by day and can't wait for Thursday. 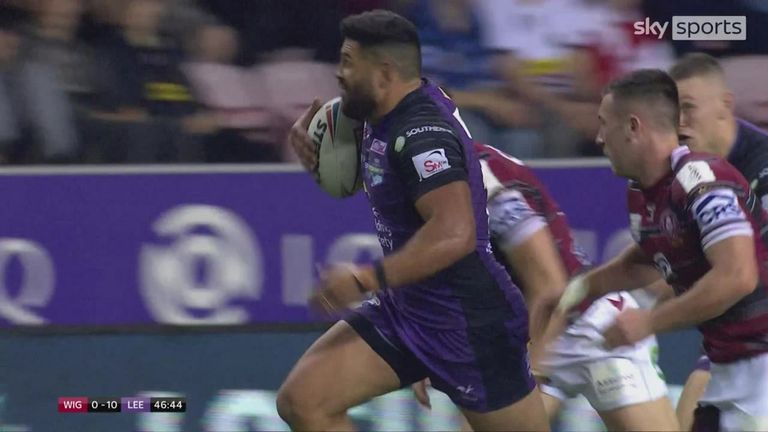 "I've got a lot of friends here I will miss in Manchester and Leeds...and if I can go back home and some of the players say to me: 'What's it like in Super League?' I'll say 'go'.

"I've loved every bit of it and I would love to do it again. If I can say that to some of the players coming through, take a chance because Super League is a great competition with good people and I wish I'd played longer."

Wigan head coach Lam, who departs the Warriors at the end of this season, spoke to the media this week to look back over a challenging Super League campaign.

"It's been a difficult season for everyone in Super League as has been quite well documented, but we've had to try to manage ourselves a little bit differently at the back end of the season because we've played more games than anyone else in Super League.

"I think we've done pretty well with that so far and this being our first home play-off, we've worked really hard right up until the last game.

"The win at Hull sort of cemented that spot for us, so considering the rollercoaster ride we've had and hurdles we've had to jump during the season with injuries, I'm really proud of the boys finishing fourth and earning that right for a home play-off.

"Leeds have got some great individuals and when they're playing their best rugby they're as good as any team in the competition, in my opinion.

"We understand the challenge ahead of us and it's going to be a tough game, but we're looking forward to it."