Billy Vunipola admits England's impressive win over France is tinged with the disappointment of knowing that pride and not silverware is at stake on the final weekend.

Maro Itoje's late try at Twickenham on Saturday powered Eddie Jones' men to their best win since the 2019 World Cup to lift the fallen Six Nations champions out of the doldrums at the expense of France's Grand Slam ambitions.

Vunipola views a rejuvenating result against the tournament favourites grounded on endeavour and resilience as a launchpad similar to the third Test victory over South Africa in 2018.

But with defeats by Scotland and Wales ending their title defence after three rounds, the Saracens No 8 accepts Saturday's round five clash with Ireland has limited meaning.

"We've talked about wanting to be the greatest team in the world and this will give us confidence, knowing that we can mix it with the best teams out there and beat them," Vunipola said.

"That really showed against France, so this can definitely be a springboard moving forward, especially next week in Ireland.

"There's no use playing well against France and not backing it up next weekend. We want to do the same if not better against them.

"But while it was a big win, we want to be competing for the title. We'd like to be going into Ireland knowing our destiny is in our hands. We know that's not the case.

"I know people will say it's a shame that we're not in the title race, but we have to learn to move forward.

"When Eddie Jones first came in we had bombed out of the 2015 World Cup so you have to start from somewhere and, unfortunately, this is where we're starting from as a team this year.

"If you look back to 2018, we lost five on the trot. But we won that game in South Africa in the third Test when people thought we were done and we kicked on from that point. This could be a similar point." 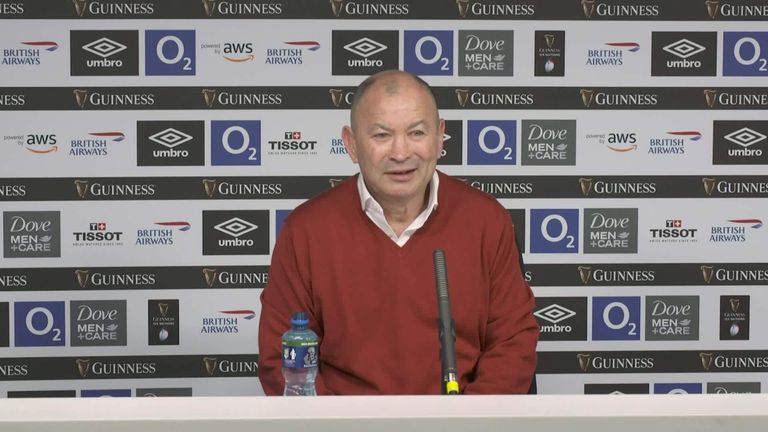 The outlook seemed bleak when Antoine Dupont crossed after 65 seconds, but England responded quickly with an Anthony Watson try and from that point a heavyweight contest ebbed and flowed until Itoje intervened.

"We knew how big this challenge would be. France have been amazing how they've played," Vunipola said.

"We saw with their first try…everyone at home was probably waiting for a big score to be put on us.

"But the fight and trust we had in each other as a team really showed and endured right until the end.

"That's testament to how we've improved from two weeks ago and that's the bit I'm happiest with."

Underpinning the victory were improved performances from senior players and non more so than Vunipola, who - since admitting earlier in the Six Nations that he was playing "rubbish" - has been in rampaging form against Wales and France.

"My job is to help the team and being courageous and being the player I know I can be is part of that," he said.

"I feel like I'm getting back to a level where I'm helping the team and not taking away from the team. I'm staying on the pitch which is a good sign!"