British and Irish Lions coach Warren Gatland has explained why picking his back-row players to take on South Africa was one of his hardest decisions to make.

Gatland named a 37-man squad to tour South Africa on Thursday with Alun Wyn Jones the man charged with skippering the side against the world champions.

Exeter Chiefs back-row Sam Simmonds has been included, while Bundee Aki, Jack Conan, Chris Harris and Jonny Hill are some other surprise inclusions.

Ireland captain Johnny Sexton is one of the high-profile names to miss out, along with Jonathan Davies, Kyle Sinckler, Billy Vunipola and James Ryan.

Places on the tour were highly competitive, none more so than in the back row where Gatland was spoilt for choice and had to make some difficult decisions.

In the end, Tom Curry, Justin Tipuric, Hamish Watson, Taulupe Faletau, Simmonds and Jack Conan got the nod, while second-rowers Maro Itoje, Courtney Lawes and Tadhg Beirne have also played in the back row.

"For us it [the back row] was probably the hardest position to get the balance right," Gatland told Sky Sports.

"First of all you are looking at players in the back row who can be a lineout option. That is a given. Then we looked at who we were playing. 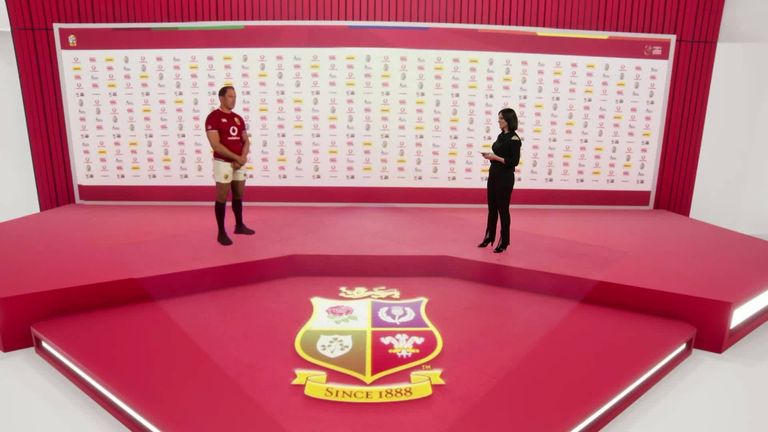 "Against South Africa you want back rowers with footwork. The Boks love it if you run straight and hard at them, so you have got to have something different in terms of footwork or pace - some rugby ability to pass, to offload.

"I think we have got a really good mix of players who can do that and who can also compete on the floor and force the turnovers."

"I keep on coming back to balance. I thought that centre partnership between Bundee Aki and Robbie Henshaw against England was quite outstanding. They have got footballing ability, a passing game and they can bring a directness that is required.

"Chris Harris has been really good for Scotland and then we are looking at Elliot Daly in the midfield as well. He gives us a left-foot option and he can cover a number of positions.

Meanwhile, Springbok legend Bryan Habana has picked his South Africa side to play the Lions and he believes their lack of game time will not be too much of a concern ahead of the Lions tour as they have the players who can produce on the day.

"The players in my team are players who are capable of producing high-quality rugby and are playing in the UK, France and in South Africa," said Habana.

"Springbok coach Jacques Nienaber would have watched that squad announcement with bated breath and will now start putting his plans into place and will pick a team who will go out there and do the country proud."

Watch every match from South Africa exclusively live on Sky Sports this summer.