"I am a coach and I have got to practice coaching. If you are a golfer, you play golf and if you are a coach, you coach," said Eddie Jones, in response to criticism for travelling to and coaching in Japan in April, where he worked with players such as the All Blacks' Beauden Barrett 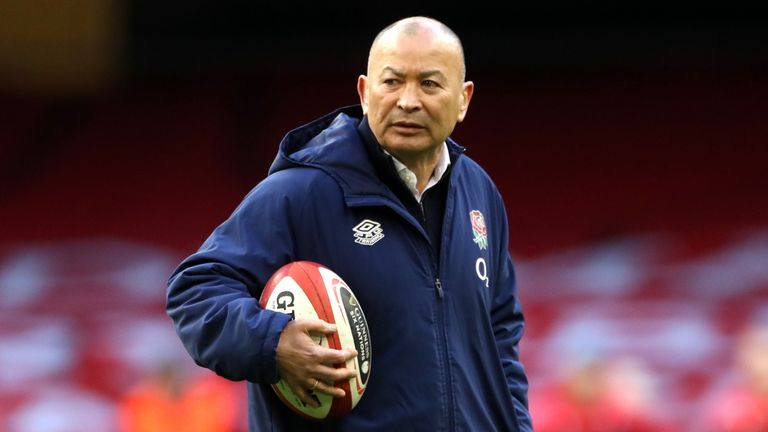 The 61-year-old used some of his annual leave following a disappointing 2021 Guinness Six Nations to visit Tokyo and continue a long association with the Top League outfit.

Jones has held a consultancy role with Suntory for more than two decades and spent time with Beauden Barrett when he travelled there, with the New Zealand star thanking the Australian for his "little pieces of gold" and revealing he had been "more in the background and dealing with coaches."

It still sparked criticism following a fifth-place showing at the 2021 Six Nations a month earlier, with former England head coach Clive Woodward particularly scathing, though the RFU did sanction the work.

"For 25 years, I have always practiced coaching and I had to use my holidays to practise coaching because I love it," Jones said, speaking to media for the first time since the RFU's formal review post-Six Nations.

"That is the best way to improve your coaching and that is something I have done continually for 25 years.

"I go round clubs to try and pick people's brains and obviously you share some information. That is the obvious thing - it is information-sharing but very useful."

The England chief added: "I am a coach and I have got to practice coaching. If you are a golfer, you play golf and if you are a coach, you coach.

"I only get 12 weeks a year to coach with England, so I have to use my time in between to practise coaching and find better ways to coach."

There have been changes to his coaching staff since a poor championship showing, with Simon Amor and Jason Ryles stepping down from their roles as attack and skills coach respectively.

Jones will take on greater responsibilities in the interim with two July internationals to come against the United States and Canada, where the Australian will oversee the attack.

Amor and Ryles left not long after a review into England's worst-ever Six Nations performance was completed, which exonerated the current head coach of blame.

"Obviously we have had a chance as a coaching team and as an organisation to reflect," Jones said.

"It was a disappointing campaign for us, we weren't at our best and what we have done is go through every part of our preparation to work out where we need to improve to get back to where we want to be, which is the best team in the world.

"We have done that, we had a formal RFU review which was very useful, but it is about how do we coach better, select better and play better. We have looked at those areas and there has been some changes on the coaching staff.

"I will take on a more hands-on role for the next period of time in terms of attack. I haven't done that since 2018 so I am looking forward to that and I have been making sure I have been getting coaching practice in because coaches need practice."

With 11 England players away with the British and Irish Lions this summer, Jones hinted it will be a youthful squad to face the USA and Canada.