Jacques Nienaber has made four changes to the matchday squad that beat the All Blacks in Brisbane in the final round of the Rugby Championship; the world champions face Six Nations champions Wales on Saturday before taking Scotland in Edinburgh and England at Twickenham later this month

Damian Willemse, Jesse Kriel and Herschel Jantjies have been named to start for South Africa against Wales at the Principality Stadium on Saturday.

Jacques Nienaber has made four changes to his matchday squad that beat the All Blacks last time out, with Willemse taking over the number 15 jersey from Willie le Roux and Jantijes replacing the injured Faf de Klerk. Cobus Reinach will provide scrum-half cover in the only change to the bench.

The final change to the starting team sees Kriel on the right wing due to visa issues delaying the arrival of the Sharks' Sbu Nkosi.

"We selected this squad with an eye on maintaining consistency in selection from the Castle Lager Rugby Championship, but at the same time giving players who have been knocking on the door for a while now an opportunity to play," head coach Jacques Nienaber said.

"Damian and Herschel have featured off the bench a fair bit and this is a fantastic opportunity to give them a chance to start as we look to build our squad depth with an eye on the 2023 Rugby World Cup.

"Jesse has also been training hard; he is very experienced and he brings the physicality that will be necessary against Wales.

"We know what we have in Willie and Faf, and it is important to give Damian and Herschel game time to develop and measure themselves in starting roles." 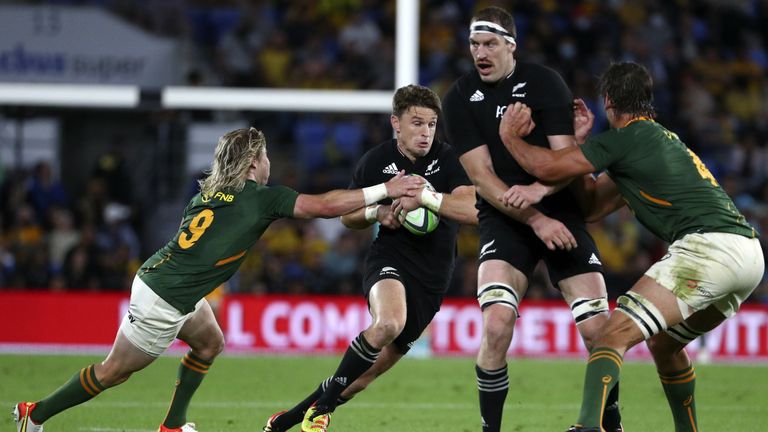 The Springboks are on a high following their victory over New Zealand last month, but Nienaber is aware of the challenge posed by Wales, who have not lost to the Boks in Cardiff since 2013.

"Wales are a tough side to beat and our track record over here in the last few years is evidence of that," said Nienaber.

"We also edged them in the Rugby World Cup semi-final, so we know that this is going to be a hard grind of a Test.

"They may have lost against the All Blacks last week but this result was in the absence of a number of key players, so this week will be a completely different proposition.

"They have a formidable pack of forwards and some equally experienced and high-calibre backline players, several of whom played for the British & Irish Lions, and to add to this they will play in cool and possibly wet conditions that they are well suited to, so we know what we are in for.

"That said, we had a good training camp in France last week and some of the overseas-based players were in action for their clubs, so the players are back in the swing of things focused and excited to get back on the field."

Meanwhile, Nienaber confirmed that his predecessor Rassie Erasmus, SA Rugby's director of rugby, will be alongside him in the coaches' box, rather than carrying water bottles as he did against the Lions.

Nienaber told a press conference on Tuesday that the Springboks are still awaiting a verdict from a World Rugby disciplinary hearing into an hour-long video Erasmus posted online, in which he criticised match officials after the first Test defeat by the Lions.