Tries from Hamish Watson, debutant Ewan Ashman and the kicking of Finn Russell helped Scotland to a 15-13 win over Australia; "I think the character of the team, as opposed to the performance, was the real pleasing thing," head coach Townsend said

Gregor Townsend savoured an "emotional" victory over Australia as his burgeoning side thrilled a capacity Murrayfield crowd.

The Scots claimed a hard-fought 15-13 win over a Wallabies side ranked third in the world in a captivating match that could have gone either way and was the first time Scotland had played in front of a 67,144-strong full house since March 2020.

Townsend revealed it meant a huge amount to he and his coaching staff to see his team deliver such a rousing victory in front of their jubilant supporters after so long without such a box-office occasion due to the impact of the pandemic.

"It was very pleasing to get the win," Townsend said. "We needed calm heads out therein the second half, especially when the crowd were getting right into it.

"Our coaching box were more emotional than normal. I think just having crowds back at BT Murrayfield and seeing them so excited about the win hit home to us."

The victory over the in-form Australians, who had won five games on the spin, further emphasises Scotland's status as a team of substance after their impressive Six Nations triumphs over England and France behind closed doors earlier this year.

Townsend praised his team's ability to dig out a result from an evenly-contested match in which the Wallabies led twice in the second half. 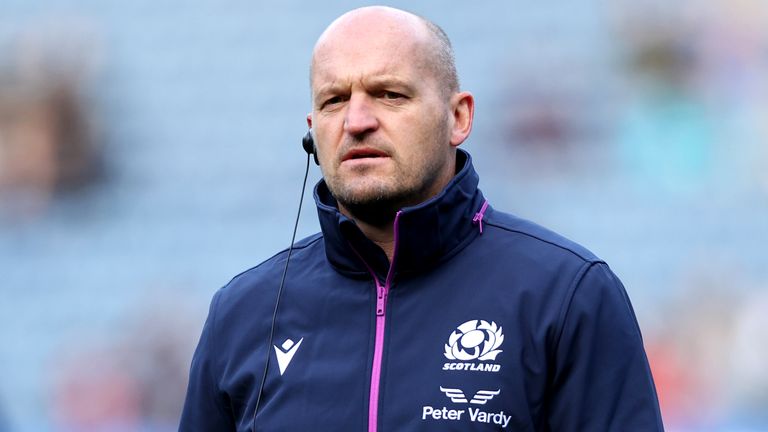 I think the character of the team, as opposed to the performance, was the real pleasing thing. We found a way to win in the end.

"There's been a calmness around the group over the last two or three weeks since we've been working with them and that's through players having evolved over the last few years into leaders, and the trust and togetherness they have as a group," Townsend said. "There's also a belief there that has come from having some big performances in the last nine months.

"It was a weird first half. Both teams looked to play but weren't always accurate. There were some big moments that required referee and TMO intervention, but I didn't think there was a flow to the game for either team.

"We were disappointed and frustrated at half-time even though we were ahead (7-3) on the scoreboard. The Australian try when they were a man down really shook us into gear. I thought we showed a real edge about our play after that - we had to front up physically.

"I think the character of the team, as opposed to the performance, was the real pleasing thing. We found a way to win in the end."

After several newcomers shone in the win over Tonga last weekend, Townsend was delighted to see 21-year-old Ewan Ashman come off the bench to score Scotland's second try on his debut.

"It was a tough finish because the defence were closing in on him but a brilliant way to mark his first cap for Scotland," Townsend said.

"He thrived in the Test match arena which is not an easy thing to do. One of the most pleasing aspects of the last two weeks is seeing players who are getting their first caps or first starts for Scotland that seem born to play Test match rugby."