The 30-year-old centre will visit a specialist over the coming days to learn if he requires surgery, which would result in a lengthier lay-off; Tuilagi suffered a grade three hamstring tear when scoring England's opening try in the 27-26 victory over South Africa at Twickenham on Saturday

Sale director of rugby Alex Sanderson is "frustrated" that Manu Tuilagi could be facing a significant spell out with the hamstring injury sustained on England duty.

A scan has revealed Tuilagi suffered a grade three tear while scoring the opening try in Saturday's 27-26 victory over South Africa and he will see a specialist in the coming days to determine if he needs an operation.

If surgery can be avoided the 30-year-old powerhouse will be out for six to eight weeks, but the alternative is a lay-off lasting eight to 12 weeks that would affect his availability for the Six Nations.

Muddying the waters is that his right leg was bandaged before kick-off, indicating a pre-existing problem that was exacerbated when he accelerated and then dived over the line.

Sanderson has revealed the medical teams of Sale and England were in contact in the build-up to the final Test of the autumn and refuses to blame the international set-up, while stressing the need to take a risk-free approach to Tuilagi's fitness.

"Apparently the scan showed a grade zero hamstring tear and I believe we've been shown evidence of that prior to the game," Sanderson said.

"I'm sure they wouldn't have pushed him through training if anything had shown up on that scan. They've gone off the scan as a grade zero.

"You'd love someone to blame in this circumstance. You'd love to point the finger at someone and say 'it's your fault'. Manu is injury prone as we all know. Regardless of where he's at in terms of what the scan has said is wrong with his hamstring, you have to pre-empt injury with Manu. That's my understanding of him.

"That's the tactic we've used and that's why we've rested him as much as we did. If you overplay him, regardless of how he's feeling, he's going to get an injury.

"I'm really gutted. I'm gutted for him and gutted because we were managing him well and then something like that happens.

"There are still ongoing discussions between their physios and ours. The communication between them is wide open and transparent. We know exactly how much loading he does on a weekly basis, what the plan is for him, the metres he runs.

"I can't dictate or assume over a group of people who have 100 years of medical experience. I can't say this is how we should manage him, I've got to lean into their advice and experience." 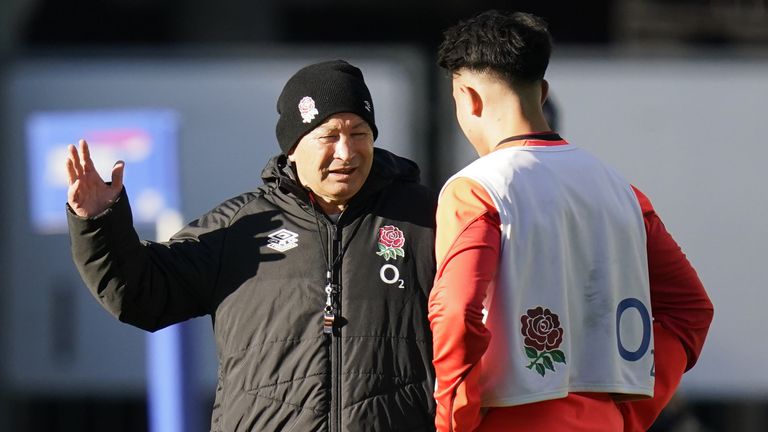 "I genuinely think teams go through three-year cycles and every three years you've got to regenerate the team," Jones said.