Farrell is due to make his return from injury for club side Saracens this weekend, having not played since last November; "Every decision requires a bit of thought, but we feel he's the best man to lead the squad for the Six Nations," says England head coach Jones 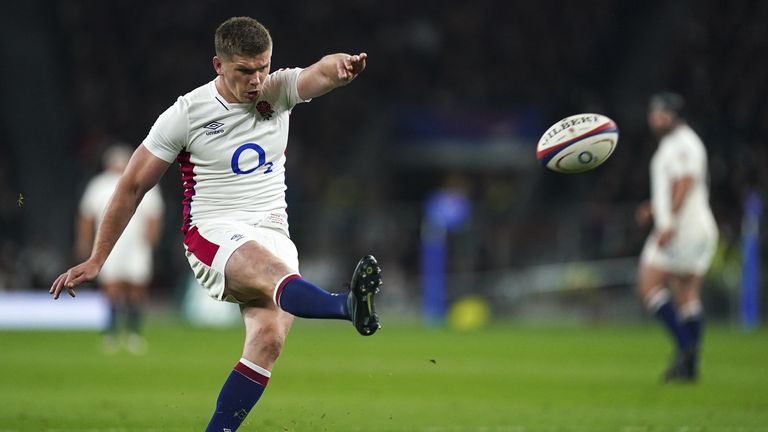 Eddie Jones has backed Owen Farrell as the best man to lead England in this year's Six Nations after naming the Saracens man as captain for the upcoming tournament.

Farrell has been out of action since suffering an ankle injury that subsequently required surgery during last November's win over Australia in the Autumn Nations Series, but is set to make his return for club side Saracens in their EPCR Challenge Cup clash with London Irish on Sunday.

Courtney Lawes took over the captaincy in Farrell's absence, but England head coach Jones has opted to reinstate the 30-year-old on his return to the squad as they prepare for the opening game of the 2022 Six Nations away to Scotland on February 5.

"Every decision requires a bit of thought, but we feel he's the best man to lead the squad for the Six Nations," Jones, reflecting on his decision to name Farrell as captain in Tuesday's squad announcement, told Sky Sports News.

"He came into the Autumn and did a really good job, then Courtney finished it off for us, so we're hopeful Owen gets through his game on the weekend and comes in with some fitness. Then he'll be eligible to be captain against Scotland and, if not, we'll find another solution.

"He's got the respect of the players, he's got that strong, winning desire, he brings the best out in the playing group and that's why he's the best person to lead the team."

News of Farrell being handed the captain came on the same day Jones included six uncapped players in his 36-man squad for next week's five-day training camp in Brighton, which gets underway on January 24. 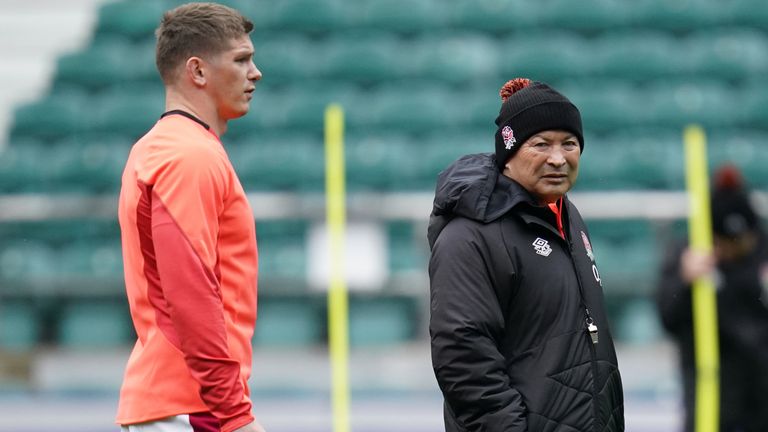 He's got the respect of the players, he's got that strong, winning desire, he brings the best out in the playing group and that's why he's the best person to lead the team.

Two of those are in the forwards, where Ollie Chessum and Alfie Barbeary have come into the national set-up, with Ollie Hassell-Collins, Luke Northmore, Orlando Bailey and Tommy Freeman adding to the Australian's options in backs.

Jones is particularly impressed with the versatility of several of his newcomers; Chessum and Barbeary can both operate in the back row as well as at lock and hooker respectively; fly-half Bailey can cover at full-back and inside centre; while Freeman is seeing as being an option for full-back, wing or outside centre if needed.

Indeed, Jones expects the sextet of newcomers to be able to make an impact in the Six Nations if called upon and believes their aforementioned versatility will be vital as the competition progresses.

"They're in the squad because we feel they can make a contribution to the team," Jones said. "There's no reason they can't. 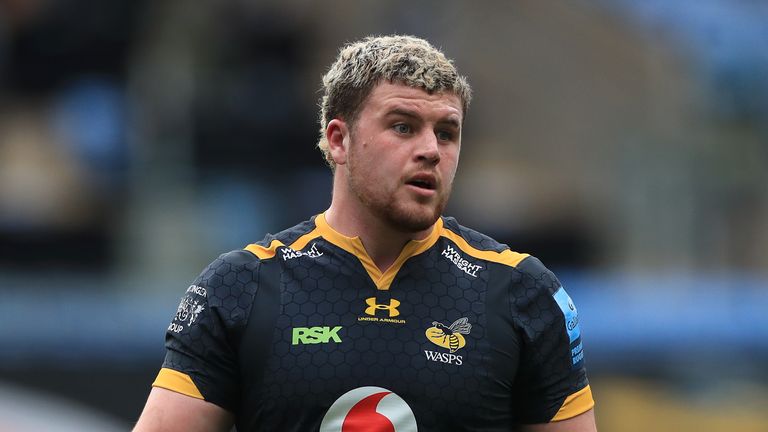 "They're all good, young players and they've all shown enough at club level to suggest they can be successful at Test level, so we're looking forward to seeing how quickly they adapt.

"We're particularly looking for those multi-skilled backs who are going to be important, not only in this Covid era but going forward to the World Cup.

"It's a new England side. We've moved on from [the 2021] Six Nations, we'll be well-prepared, we'll play with good spirit and with good tactical appreciation."

Amid the call-ups for newcomers, there were some notable absentees from Jones' squad ahead of the upcoming training week. George Ford remains out of the picture despite his impressive form for Gallagher Premiership leaders Leicester Tigers, as do Saracens duo Mako and Billy Vunipola.

Sam Underhill has been left out too despite long being a mainstay of Jones' England squad and Elliot Daly has to wait for a recall after recovering from injury. However, the head coach has spoken with each of them and assured them they are still in his thoughts.

"They've all been under consideration, and all have either aspects of their games to look at or fitness areas to improve, and they've all been spoken to individually," Jones said.

"They've all got areas to improve on in the games and they've got to play at a level where it makes me an idiot if I don't pick them."