"Premiership Rugby can confirm that Worcester Warriors' Gallagher Premiership Rugby matches against Gloucester Rugby and Harlequins have been cancelled", the Warriors' off-field woes have led to the cancellation of two of their fixtures

Worcester Warriors' fixtures against Gloucester and Harlequins have been cancelled as four players head to Bath on loan.

The news comes amidst the club's financial struggles, in which debts total more than £25m, including at least £6m in unpaid tax.

The club failed to meet a Rugby Football Union deadline last Monday, requesting proof of insurance cover and funding for the club's monthly payroll, which resulted in them being suspended from all competitions. Premiership Rugby announced on Monday morning that their upcoming ties have now been cancelled.

"A panel will be convened in due course to decide the result - and points allocation - of these two matches."

Hill has not represented Worcester this season due to a hamstring injury but Lawrence and Lee-Warner have played in all of the Warriors' fixtures so far this season, Morozov playing in the first two.

Warriors director of coaching Steve Diamond said on Sunday that all four "go with our best wishes and that hopefully they will come home".

They become the first players to leave the club as the rest of the squad wait to see if they will be released from their contracts on Wednesday when a winding-up order issued by HM Revenue and Customs is heard in the high court.

Player contracts and those of some club staff are held by a company called WRFC Players Ltd, which is not in administration and is the subject of HMRC's action.

It is a subsidiary company of WRFC Trading Ltd, for which administrators Begbies Traynor are seeking a buyer.

Two consortiums, one involving former Worcester chief executive Jim O'Toole, are understood to have expressed interest in buying the club out of administration. 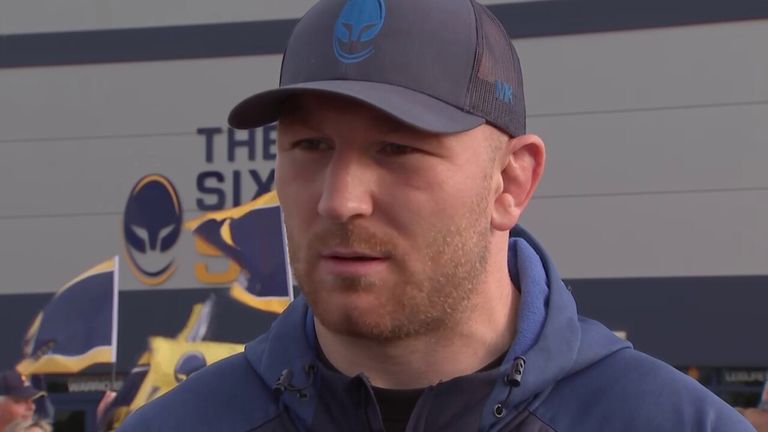 All Warriors players and staff were due to be paid on Friday, but the PA news agency reported that did not happen, meaning they are entitled to start looking elsewhere for employment.

For anyone wishing to leave, a 14-day notice period before becoming a free agent must be served.

But if WRFC Players Ltd is liquidated, Worcester would automatically have no contracted players or staff, effectively seeing them become unemployed, and leaving Warriors with seemingly no option but to drop out of English rugby's top division.

Colin Goldring and Jason Whittingham, who own WRFC Players Ltd, could request an extension of the winding-up order of up to 14 days, therefore offering a chance for prospective club buyers to retain staff.