But Ritchie maintains Stuart Lancaster's men can win the Rugby World Cup which they will host in September and October.

England finished second to Ireland by a difference of six points, falling short despite a stunning 55-35 defeat of France on Saturday.

"Four years as runners-up is not acceptable and we are not happy with how that came about," Ritchie said.

"If you go back through history, bearing in mind a lot of things, we should be, as a country, winning more in terms of Grand Slams, Six Nations championships, other things."

Lancaster is under contract until 2020 and there is no suggestion his position as head coach is under pressure.

But Ritchie insisted England had the chance to win the tournament, and should have taken it.

"We had opportunities," Ritchie added. "Let's be clear - entirely in our control. It was stuff that was in our own hands.

"We simply didn't take opportunities, didn't do what we should have done. We were not clever enough during parts of the game in order to deserve to win.

"We should be going into every game, doing our utmost to win and to win well. We've got the resources, the talent, the ability. Saturday was a fantastic example of that.

"We've got to make sure we come out for the World Cup and deliver." 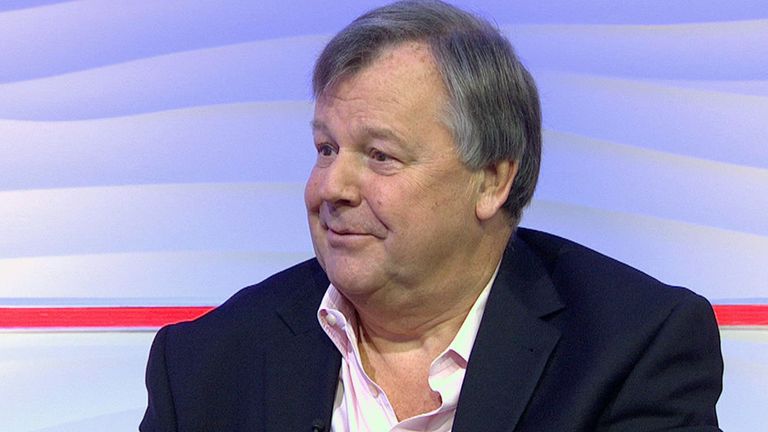 I'm absolutely sure when we get to the World Cup it's going to be small margins that will make the difference between winning and losing. It usually boils down to who delivers on the day.

England are in a brutal group including Wales and Australia at the World Cup, which they open up with a clash with Fiji on September 18.

"The thing that strikes me about elite world sport, margins are so small.

"I'm absolutely sure when we get to the World Cup it's going to be small margins that will make the difference between winning and losing. It usually boils down to who delivers on the day.

"We should be able to win it. Will we do it? Then that depends on our application and execution doing the games. It's frankly as simple as that.

“I don't think any of us take for granted, at all, Wales, Australia, Fiji, in terms of the opening game of the tournament.

"We all know we're in a really tough group. We all know it's going to be difficult.

"The support we're getting around the country is phenomenal and I think it will grow and grow leading into the World Cup.

"We've got to make sure being at home gives us that advantage."