Eddie Jones is undecided about who will captain England 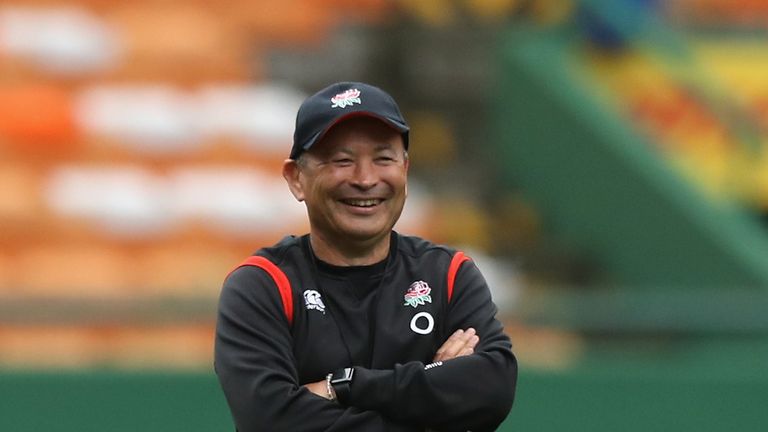 Eddie Jones admits he is undecided about whether hooker Dylan Hartley will continue in his role as England captain.

Hartley missed last month's series against South Africa due to concussion but has been named in England's 44-man squad for this weekend's preseason training camp.

Saracens fly-half Owen Farrell took over the captaincy in Hartley's absence against the Springboks but was unable to lead England to a series victory.

Jones will wait until England's next match, which is against South Africa at Twickenham on November 3, before deciding who is the best man to lead the team into the 2019 World Cup.

"We are not playing a game so we do not need to decide about captaincy," Jones said.

There was a surprise selection in England's preseason training squad, with Chris Ashton, who last played international rugby in 2014, recalled by Jones.

The 31-year-old gave Jones a reminder of talents in May, when he scored a hat-trick of tries for the Barbarians in their 63-45 victory over England.

Jones revealed he actually spoke to Ashton, who moved from Top 14 side Toulon to Sale Sharks this summer, before that game at Twickenham about a potential return for England.

"We had a quick chat," Jones confirmed. "He had a bit of a glint in his eye which indicated something, and the something was he wanted to come back to England.

"I think he had the idea in his head. He wants to play for England. He sees it as his last opportunity so we are very pleased he has made that decision and we are looking forward to seeing what he can bring to the table."