Six Nations 2021: Italy focus on the future as questions swirl over their Six Nations place

Italy head to Twickenham to face England with questions swirling about their future as part of the Six Nations. However, the Azzurri still have support for their continuing presence in the tournament as they build for the future

In Inferno, Dante wrote of the nine Circles of Hell. It might not be too far-fetched to suggest there is also a 10th, where one is doomed to spend eternity as Italy's defence coach.

Marius Goosen has been in the role with the Azzurri for the somewhat shorter period of five years, although you do wonder whether there are times the South African questions if he is being punished for something.

Take last Saturday's Six Nations opener against France, for example. In the build-up, Goosen spoke of how they had pinpointed a drop-off in the final quarter of matches during the remaining Six Nations and Autumn Nations Cup games last year as a key area for improvement.

"We analysed all the games played in the Autumn and we saw that the greatest difficulty came for us coinciding with the last 20 minutes of the game," Goosen said ahead of the match.

"On the one hand we obviously didn't like it, but on the other hand it allowed us to arrive at this meeting with clear ideas to understand how to improve the situation."

So the 47-year-old, head coach Franco Smith and the rest of Italy's staff must therefore have watched on in dismay at the Stadio Olimpico as France stormed into a 21-point lead at half time, with tackler after tackler being brushed aside and the visitors eventually running out 50-10 winners.

It was a result which condemned Italy to their 28th-straight Six Nations defeat and few are giving them much chance of avoiding making it 29 against England at Twickenham on Saturday afternoon.

We take a look at some of the big issues and team news ahead of England's Six Nations clash with Italy.

Such results have seen the voices calling for Georgia, who recorded a 16-7 win at home to Russia in the concluding game of the delayed 2020 Rugby Europe Championship last Saturday, given an opportunity to step up to the Six Nations grow louder.

But one person who has been quick to defend Italy's place in the tournament is Smith's predecessor and a man who will be on the English side of the fence this weekend, Conor O'Shea.

The Irishman cited how the Azzurri have embraced a bolder, attacking mindset compared to Georgia's scrum-orientated, forward-dominated approach, as well as warning of the damage which would be done to rugby in Italy if they were cut from the Six Nations.

"The easy thing is just to question what Italy are doing, but when you look at their style of play, they're infinitely better than Georgia," O'Shea, now the RFU's performance rugby director, told the Daily Mail. 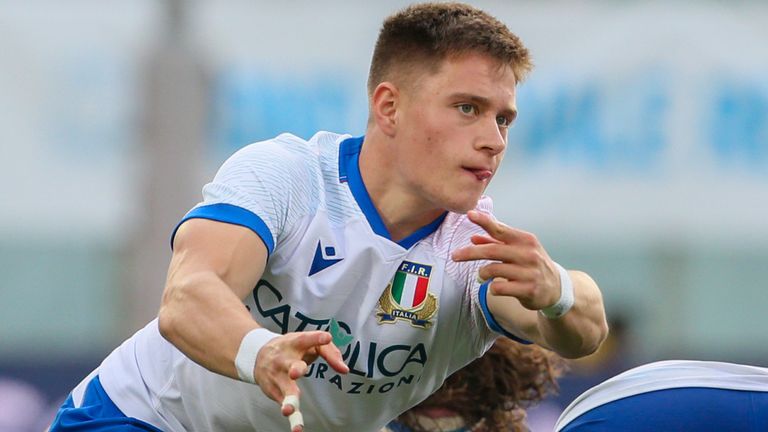 I’ve seen a few things on social media. At the end of the day it’ll motivate us to work harder and want to go out and win even more.

"The worst thing you can do now is contract, and some decisions now could make that happen, which you shouldn't do. We should all want teams like Georgia and Romania to grow, but let's not kill off any other nation while we're at it."

One advantage Italian rugby has over the ambitious Tier Two nations like Georgia is they have two clubs in Benetton and Zebre playing in the PRO14, meaning more players are getting regular exposure to top-level domestic rugby and European club competitions.

Former Northampton Saints and England U20 winger Jamie Elliott, now in his third season playing for Parma-based Zebre, is in no doubt the current generation of Italian players being brought through are not burdened by the national team's losing reputation either.

"After the Autumn internationals, they feel like they have come on more as a team and have gelled more, so we'll see what the Six Nations holds," Elliott said.

"England have faced them plenty of times, but this Italy side can be unpredictable, and they will again have nothing to lose. They will definitely come out firing."

That view is echoed by Stephen Varney, the 19-year-old scrum-half who hails from Wales but qualifies for Italy through his mother and is one of the younger players Smith is looking at as the future of the team.

It may be six years since the perennial wooden spoonists last won a Six Nations match, but the Azzurri's U20s have beaten both Scotland and Wales in recent seasons.

And while Varney admits he did not expect to be making the step up to Test level so soon, the Gloucester man is adamant there are players starting to come through who can turn Italy into a more competitive side as they build towards the 2023 Rugby World Cup. 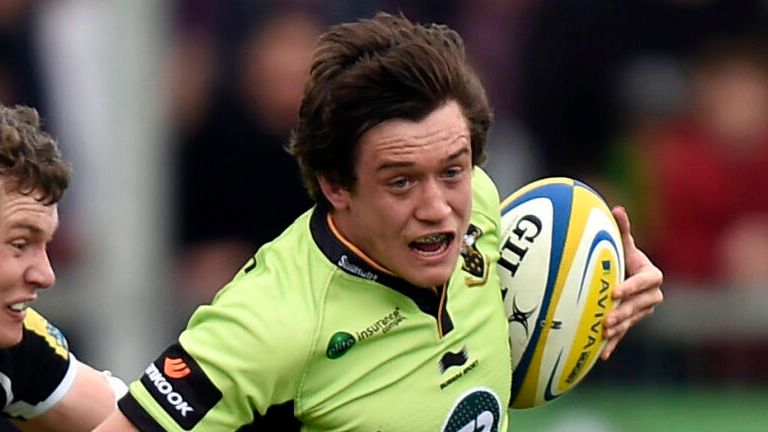 England have faced them plenty of times, but this Italy side can be unpredictable, and they will again have nothing to lose. They will definitely come out firing.

"Personally, I didn't think it would come this early, but Franco is looking towards the next World Cup so it's good to give us some exposure in this Six Nations and in the next three years," Varney said.

"It was clear playing in the U20 squad that there were a lot of good players and future stars.

"I've seen a few things on social media. At the end of the day it'll motivate us to work harder and want to go out and win even more."