British and Irish Lions beaten 27-9 by South Africa in second Test; video footage emerged after the game of Stuart Hogg clashing with Willie le Roux, with some suggesting he bit his fellow full-back; watch deciding Test on Saturday, live on Sky Sports from 4pm

Stuart Hogg has denied biting Willie le Roux during the British and Irish Lions' defeat to South Africa on Saturday, adding he is "annoyed and upset" at the accusation.

Video footage emerged on social media on Saturday evening of Hogg's clash with Le Roux, with some suggesting the Scotland international had bitten his fellow full-back.

But on Sunday morning, Hogg released a statement in which he firmly denied the claim, saying: "Following speculation that has surfaced online, I would like to categorically deny any foul play in last night's game.

"I would never bite an opponent and I am annoyed and upset by this unsubstantiated accusation."

Biting is treated severely by rugby's judiciary and carries a low-end punishment of a 12-week ban, rising to in excess of 24 weeks for serious offences. The maximum length of suspension is 208 weeks.

It is considered alongside testicle grabbing and eye-gouging in the length of sanction, with only physical abuse or threatening words or actions towards match officials considered graver offences.

The incident occurred as the Lions fell to a 27-9 defeat in Cape Town as South Africa levelled the three-Test series at 1-1.

The Springboks' director of rugby Rassie Erasmus had diverted attention onto the match officials in the build-up to the game after releasing videos criticising the performance of referee Nic Berry following their defeat in the first Test.

Former international referee Nigel Owens told Sky Sports that South Africa wing Cheslin Kolbe was fortunate to only be yellow-carded after taking out Lions scrum-half Conor Murray in the air during the first half. 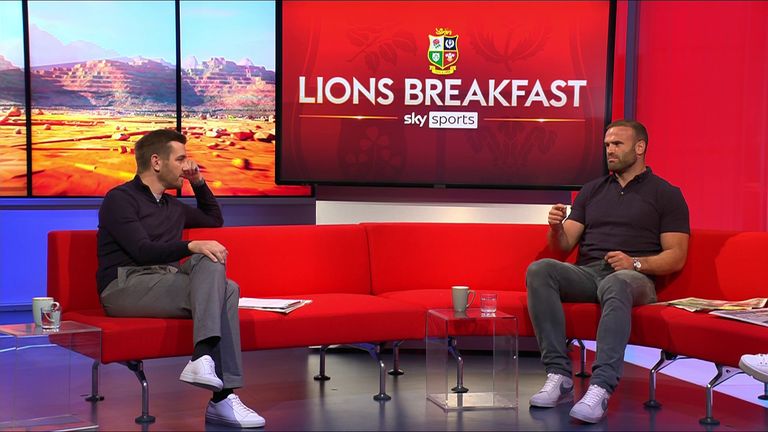 Kolbe's team-mate Faf de Klerk escaped punishment for another tackle on Murray, while Lions wing Duhan van der Merwe avoided scrutiny for a tip tackle - although he was later sin-binned for tripping Kolbe.

South Africa centre Damian de Allende was also unhappy with Maro Itoje, who appeared to kneel on his throat during a ruck but was not punished.

The citing officer has until 7pm on Sunday evening to lodge any complaints.

The threshold for a citing is if the offence is deemed worthy of a red card and teams are also allowed to bring incidents to the officer's attention within 12 hours of the match finishing.

Warburton: Big week for the Lions

Sam Warburton knows all about a Lions series decider having led them to glory in the third and final Test against Australia in 2013 and four years later to a series draw against New Zealand.

The Lions face another decider against South Africa next Saturday, live on Sky Sports, and the former Wales captain said: "It will be a massive week.

"The interesting thing is that Lions is a team that always gets better the more they play with each other.

"In this occasion, which is unusual, it is South Africa who are getting better. They were significantly better than they were in the first Test.

"Already we are looking at what changes the Lions can make to counter that Springbok aerial game. There will be plenty of debates going on this week but the Lions still have the opportunity to get a historic win in South Africa."

Watch the deciding Test match of the British and Irish Lions series against South Africa exclusively live on Sky Sports; fans who don't have Sky will be able to catch all the action via streaming service NOW TV, which offers day and month passes.