"The feeling at Twickenham, certainly at the back end of the South Africa game [27-13 defeat], was one of an unsettled mob. A collective crowd of supporters that feel they have become disconnected from the team, lacking in clarity in terms of where the team are going" - Will Greenwood 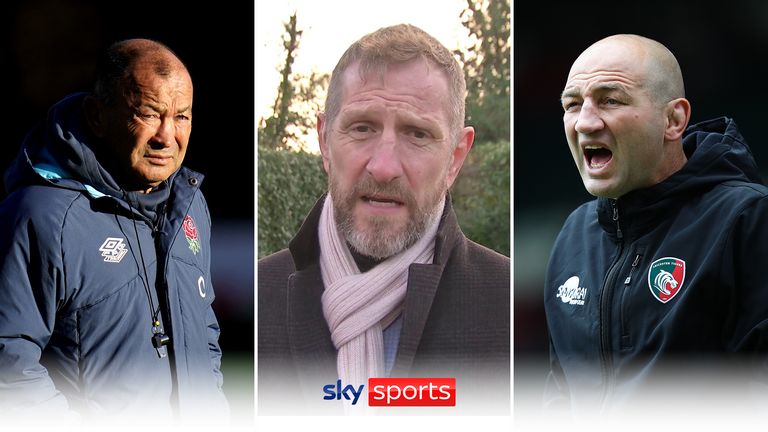 Former World Cup winner Will Greenwood says Eddie Jones had lost the England fans prior to his dismissal, and that Steve Borthwick is the RFU's long-term option.

Jones was sacked by the RFU on Tuesday after seven years in charge, and just nine months before England's opening 2023 Rugby World Cup clash in France.

Speaking to Sky Sports, Greenwood backed the decision, saying "too many boxes were not ticked", adding he does not buy into the argument the decision comes too close to the World Cup.

"The feeling at Twickenham, certainly at the back end of the South Africa game [27-13 defeat], was one of an unsettled mob," he said.

"A collective crowd of supporters that feel they have become disconnected from the team, lacking in clarity in terms of where the team are going.

"The selections seemed confused, muddled at times, and the progression, the growth they were hoping to see build up to the World Cup, just wasn't there.

"It's not about having a committee of selectors, and the mob being able to control who he [Jones] picks, but it just feels as if he'd lost the crowd.

"And once he'd lost the crowd, Eddie became the story. The results didn't back up the story from his perspective, and so it felt like the gradualness of inevitability really, over the past three to four months.

"I think we can overcomplicate when we're analysing about each game, game-plans and strategies.

"We can overcomplicate in rugby. I'm not suspecting a Bazball in rugby in terms of where we go next, but I feel it's never too late if there is no progression and you're not going anywhere with a particular coach.

"It's never too late to bring in new management and get immediate results. The last World Cup in 2019 was won by South Africa, what did they do 18 months out from the last World Cup? They changed their coach, so that argument in terms of the length of time I don't think comes too heavily into it. 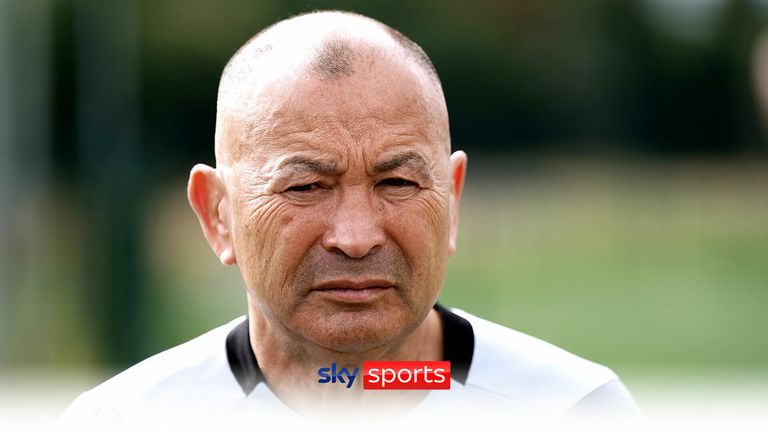 "I just think it keeps going back to: it's a results-based business, a performance-based business. Can you see collective growth?

"Can you see genuine belief from within the camp that they are progressing towards lifting a first World Cup for 20 years?

"And too many boxes had no ticks in."

"The reality is there was four in the mix: Ronan O'Gara, Scott Robertson, Steve Borthwick, and Stuart Lancaster - who should have been mentioned but was not written about that often.

"But the long-term view is: you've got to see it to be it, so the RFU wanted an English coach in charge of England, and that would be a nice, smooth transition of power from Eddie Jones post-2023 to Steve Borthwick. The new guy comes in and is given plenty of time.

"He's [Borthwick] not got a huge amount of head coach experience. He's won the Premiership with Leicester Tigers, and he's coached under Eddie with Japan [and England].

"What Eddie's early removal does is: Do they [RFU] risk bringing in their long-term view and potentially only giving him [Borthwick] five real Test matches before the World Cup?

"If that doesn't go too well, then is he constantly fighting an uphill battle to win over the crowd that Eddie has lost for the rest of his tenure?

"I think they've decided that risk and gamble is worth taking. Partly because Ronan O'Gara pulled the plug: new contract at La Rochelle, Stuart Lancaster: Going to Racing 92 until 2025.

"And then you're left with Razor Robertson, who we haven't heard has pulled the plug, and he could build that culture and is an absolute superhero of a human being, but he is not going to take a nine-month job and then hand it over to Borthwick.

"So if England want the English guy in charge, to develop the game of rugby, show English coaches that you can be the England coach, then they have to jump early with Steve Borthwick.

"Borthwick was always going to be England's long-term coach.

"He finished playing rugby at Saracens, he jumped to Japan and has been in and around Eddie at the highest level learning from him.

"He's aligned himself with Kevin Sinfield, and we don't want to lose another rugby league legend like we did with Shaun Edwards [France defence coach, former Wales defence coach], so the first conversation Borthwick should have is: 'Kev, we're going to Twickenham.'

"Get them on a coaching ticket and I think the whole English crowd can get behind that.

"We're going to lose the barbed comments, it will be a much duller place at press conferences, and perhaps that's how we like it.

"It will be much more straight bat, but Borthwick is wonderfully qualified to create a snarly, horrible, nasty pack who can compete at the highest level.

"Sinfield can bring in the defensive bite that England require. The missing piece in the jigsaw would be an attack coach."