Joe Ford is following in his family's footsteps and turning his hand to coaching. The former fly-half tells Sky Sports all about his role as backs coach at Doncaster Knights and why he decided to stop playing aged 29

There comes a time in every player's career when they must make the difficult decision to hang up their boots. For Joe Ford, that came last year.

At the age of 29, the fly-half decided to call a halt to his playing days to concentrate fully on the next stage of his life after spending six months as player-head coach at Greene King IPA Championship side Yorkshire Carnegie.

The demands of combining both roles at the financially stricken club, as well as the onset of the Covid-19 pandemic, left Ford in no doubt it was time to make the full move into coaching and since April last year he has been overseeing the backs at another Championship side, Doncaster Knights.

Saracens forfeit Doncaster match, unable to field a side

Saracens' match against Doncaster Knights in the Trailfinders Challenge Cup has been cancelled after Mark McCall's side said they were without 34 players.

"Certainly, in the last few years of playing, I always thought I'd love to give it a go," Ford told Sky Sports. "I know how tough it is with my family and the ups and downs, but I've always wanted to give it a go.

"I did a bit of both at Leeds, but I had to make a decision and thought 'I can't keep doing both'. Doncaster came up and I quit playing, but I thought with what is going on around the world with Covid I wanted to start the next step of my career.

"I'm very lucky to be able to come in here and work with a great bunch of lads. I'm really enjoying it and learning every day, which is the main thing."

And yes, in case you were wondering, he is one of those Fords - the eldest son of Mike, the former rugby league international turned highly regarded coach in the 15-man code, and brother of England and Leicester Tigers fly-half George.

Their youngest sibling Jacob, currently director of rugby at National League Two South outfit Westcliff, holds the distinction of being the youngest person to attain the RFU Level Three coaching award at the age of just 21 too.

Spending most of their lives in and around rugby in one way or another has given all three of the Ford brothers the perfect grounding to pursue their own ambitions and Joe is grateful to have his family on hand if he needs advice.

"I've been very lucky to be in and around it," Ford said. "Everything is rugby, every day is rugby and every conversation is rugby.

"You get brought up like that and it's all you know. Then to be able to ring up my dad and take advice - and George is a big one as well. 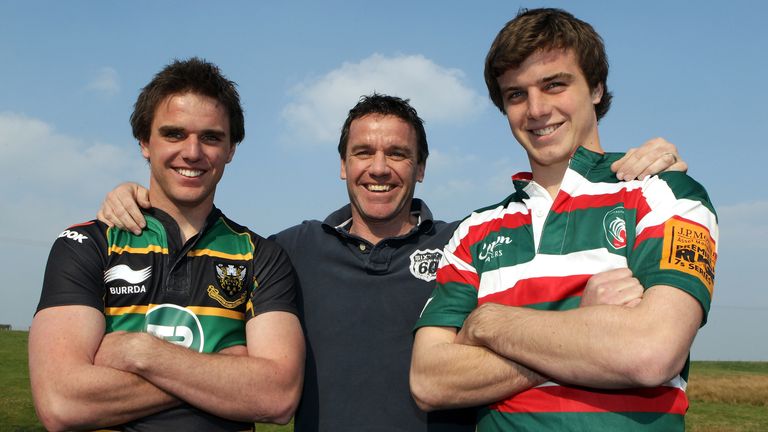 I've been very lucky to be in and around it. Everything is rugby, every day is rugby and every conversation is rugby.

"He's working with the best coaches in the world at England and Leicester, so just to pick their brains and ask how they're training is invaluable really."

It seems inevitable that Ford, who played in the Premiership for Northampton Saints, Leicester and Sale Sharks along with four spells at Carnegie, will be compared to his father as he starts to make his way in the coaching world.

Those within rugby are recognising him on his own merits, though - not least of all current Doncaster and ex-Yorkshire head coach Steve Boden, who offered his former player the opportunity to join his staff in April last year.

"Joe always had great ideas around how to make teams attack better and challenges his peers in a positive way," Boden said following Ford's appointment.

"It might have been hard for the untrained eye to see but some of the coaching points visible in what was an obviously struggling side last year were very positive and credit to Joe's coaching.

"I think this is a really positive move for us, it is an appointment in line with our ambition for next season - young, fresh and ambitious."

Had all gone according to plan, Ford would have been helping Boden prepare for Doncaster's first match of any kind in 10 months on Saturday when they were due to face former Premiership and European kings Saracens in the Trailfinders Challenge Cup.

However, Sarries were forced to forfeit of the match late on Thursday due to having 34 players unavailable through a combination of self-isolation, injury and suspension 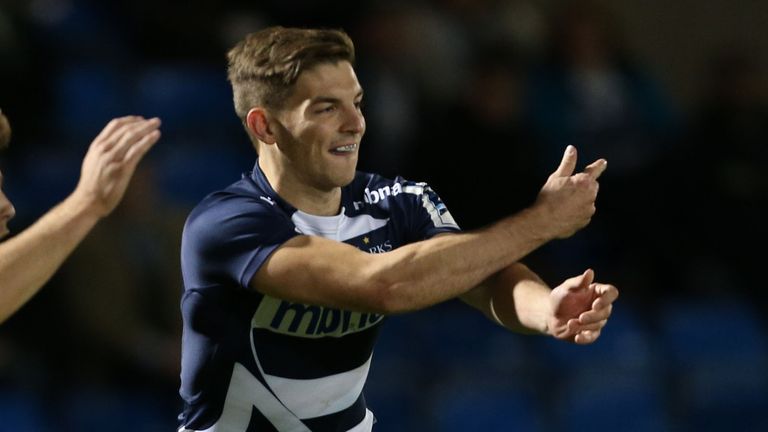 I know how tough coaching is with my family and the ups and downs, but I've always wanted to give it a go.

The Knights must now wait an extra week for their first match in the cup when they welcome Ealing Trailfinders to Castle Park on January 30, with Ford seeing this tournament as perfect preparation for the 2021 Championship's scheduled start date of March 6.

"That's the main goal, getting ready for the Championship," Ford said. "We understand these first few games are not going to be perfect.

"We're not going to be fully prepared, but the way we see it is we play these and then hopefully come March when the Championship starts, we'll look back and think 'What a great experience and preparation that was'.

"We've got to see it like that and understand it's going to be scrappy, a lot of things are going to be wrong, but as long as we get better week on week that's what we want it to be about."