Ryan Crotty and Scott Barrett have been ruled out of Crusaders' Super Rugby final against the Jaguares and likely the entirety of the Rugby Championship after breaking bones in their hands.

Crotty will miss all of the Rugby Championship after undergoing surgery on the broken thumb suffered in the 30-26 semi-final victory over the Hurricanes.

He will be out of action for up to eight weeks while Barrett broke his index finger and will not be able to play again for around six weeks.

Both, however, should still be included in an extended New Zealand squad to be named later on Tuesday, even if they may not appear at all in the shortened Rugby Championship, which starts on July 20, live on Sky Sports. 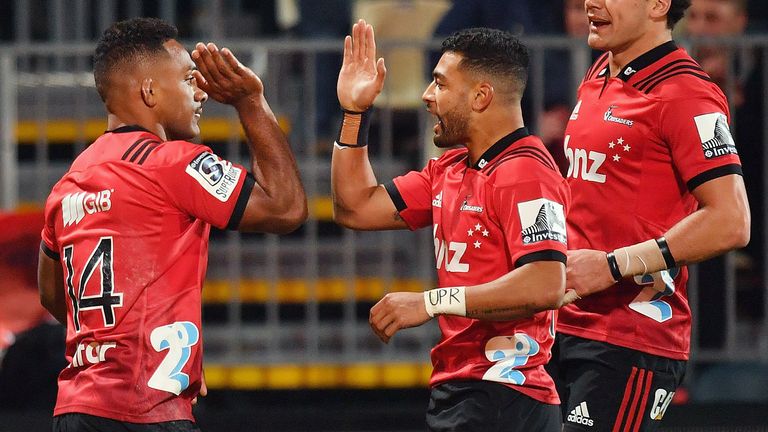 Crotty and Barrett would have missed the All Blacks' opening match against Argentina in Buenos Aires anyway, with no Crusaders considered because of the Super Rugby final.

The duo's absence could see All Blacks coach Steve Hansen extend his Rugby Championship squad from the initial 41 players he had been expected to name.

The Blues' Patrick Tuipulotu and Highlanders' Jackson Hemopo are expected to be the major beneficiaries of the absence of Barrett, who could be fit for the Bledisloe Cup clash with Australia on August 17.

Hansen has already said he would use the Rugby Championship as an opportunity for players to press their claims for Rugby World Cup spots.

Crotty is expected to be back in early September, more than three weeks before New Zealand play their opening World Cup match against South Africa on September 21.