Roger Federer and Serena Williams produced textbook displays in the night session on Rod Laver Arena to cruise into the third round of the Australian Open on Wednesday.

It took Federer 20 minutes to win the opening set with two aces, 13 winners and just five points dropped on serve.

He was pushed in the next, before Krajinovic called for the doctor early in the third to have his right upper arm attended to. The Serbian vented his frustration by smashing his racket, but it didn't help his cause as Federer appeared to be in a hurry to finish the contest and he soon completed the job in 93 minutes. 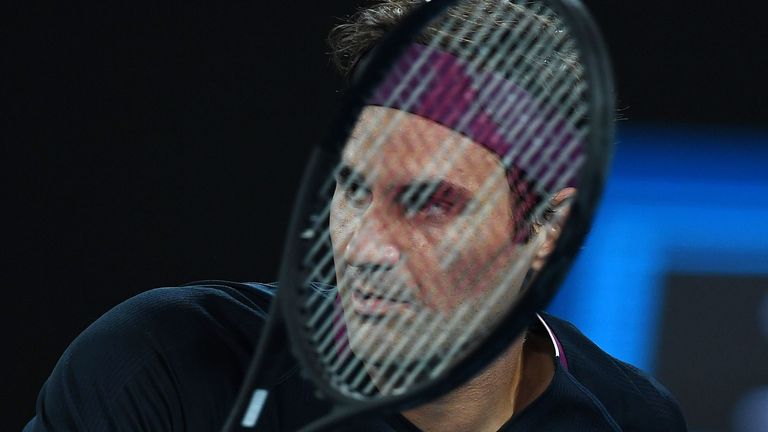 I'm very happy, it's a great start to the season, I'm feeling really relaxed out on court. You train hard and you hope it pays off.

Next up for Federer, who was broken only once in the match, is Australian world No 47 John Millman, who upset him in the fourth round of the US Open in 2018.

Williams, a seven-time Australian Open winner, moved into the third round for the 18th time in her career with a 6-2 6-3 victory over Slovenia's Zidansek.

The only moments of concern for Williams and her fans came at 2-3 in the second set, when Zidansek had three chances to move a break ahead, but the eighth seed stood firm and did not lose a game from there.

Williams, who will next face 27th seed Wang Qiang, said: "It was a good match for me. She was a real good fighter and she didn't just let me win.

"I knew I had to step up or it was going to be a really long evening for me."

Paul won an exhausting contest in four hours and 19 minutes to progress to the next round where he will play Marton Fucsovics.