Tokyo Olympics: Andy Murray says winning a medal in Tokyo would be greatest achievement of his career

Two-time defending champion Andy Murray says winning a medal at the Tokyo Olympics would be the greatest achievement of his career.

Murray is representing Team GB at his fourth Olympics and will play ninth seed Felix Auger-Aliassime from Canada in the first round of the men's singles.

The 34-year-old won consecutive matches at Grand Slam level for the first time in four years on his Wimbledon singles return last month, before he lost to eventual semi-finalist Denis Shapovalov. 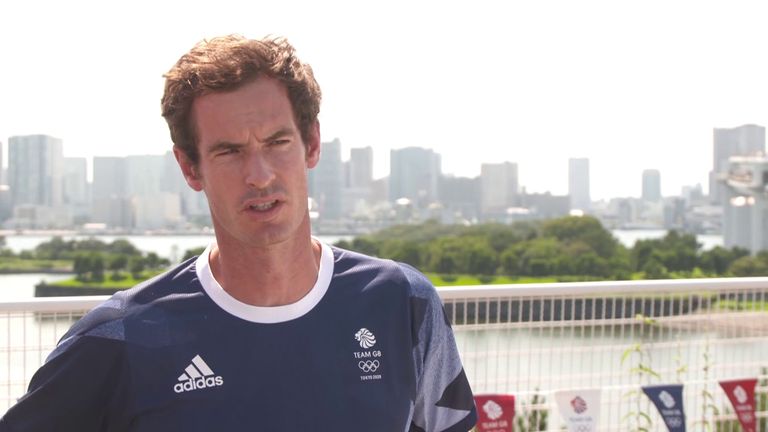 "That's the goal, to try to win another medal. I'm aware that it's not going to be easy," Murray said ahead of the tournament starting on Saturday.

"I'm also in a slightly different position to what I was five years ago when I would have been expected to get one. That's maybe not the case this time around.

"But for me it would be probably my best achievement if I could do that after everything that's gone on the last few years.

"I'm motivated for that reason alone. I still believe that I can do that. I know this could be the last one for me. I want to go out there and leave everything out on the court, fight for every single point."

Standing there pretending to be taken seriously in front of these two guys……but anyways, great seeing these two practising together tonight 👌 #Tokyo2020 #TeamGB @Olympics @ITFTennis pic.twitter.com/I1v7sWJ9cE

Murray questioned whether his efforts to return to the top of the sport following his physical struggles in recent years were worth it after his third-round exit at Wimbledon earlier this month.

However, the Scot, who has four children aged five and under, says a chat with his daughter helped him reassess his initial downbeat assessment.

"When I got home the day after my match, my daughter said to me, 'Daddy you're home because you lost another tennis match'. I said to her, 'Yes I did but what do you do when you lose at something?'

"And she said, 'You try and try again'. And I was like, 'Yes, that's what I want to do'. I want to keep playing because I enjoy it. I still think I can play at a high level.

"There's been difficult moments obviously in the last few months and the last year with the injuries and stuff but right now this is the healthiest I've been for the longest period in the last year." 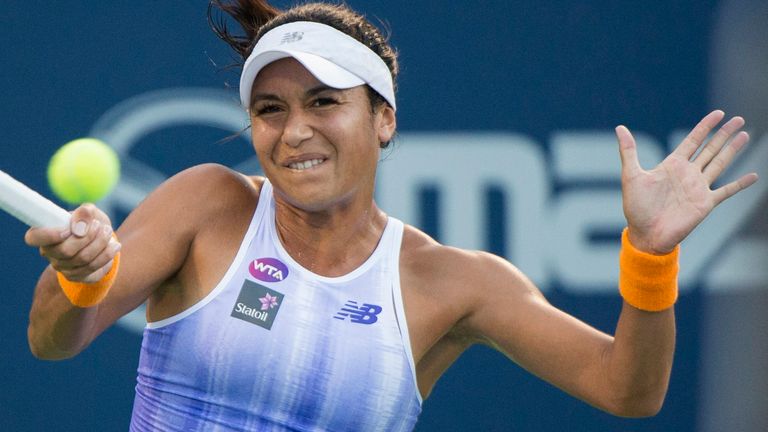 Heather Watson says she receives death threats and racism online. She has called for more to be done to prevent the abuse

Murray is part of a six-strong Team GB tennis squad with Heather Watson and Liam Broady, the last man into the draw, playing against Anna-Lena Friedsam and Francisco Cerundolo respectively.

World No 1 Novak Djokovic will take on Bolivia's Hugo Dellien in the first round as he bids to become the first man in history to win a Golden Slam of all four Grand Slam titles and Olympic singles gold in the same year.

Meanwhile, fellow Wimbledon singles champion Ashleigh Barty will open her campaign against Spain's Sara Sorribes Tormo, while Naomi Osaka will meet China's Zheng Saisai in her first match since withdrawing from the French Open, citing concerns about her mental health.