Emma Raducanu climbs 127 spots after incredible win in New York; 18-year-old also becomes new British No 1 after winning title without losing a set; beaten-finalist Leylah Fernandez up 45 spots to No 28

Emma Raducanu is up to 23rd in the tennis world rankings, having climbed 127 spots thanks to her memorable victory at the US Open.

Ranked 150 at the start of the tournament, Raducanu had to come through qualifying just to earn a place in the main draw.

She accomplished that feat and then went on to win the tournament itself - all without losing a set - becoming the first qualifier to win a major title.

She is also now the new British No 1 - taking over from Johanna Konta, who has been the top-ranked Briton since October 2015.

Raducanu had a world ranking of 345 at the start of the year (11th-highest British player) but had already risen to 179 after reaching the fourth round at Wimbledon.

Victory in New York earned her 2,040 rankings points and she can expect to climb higher in the coming months, because she will not be defending any points from the big tournaments she is now eligible to enter. 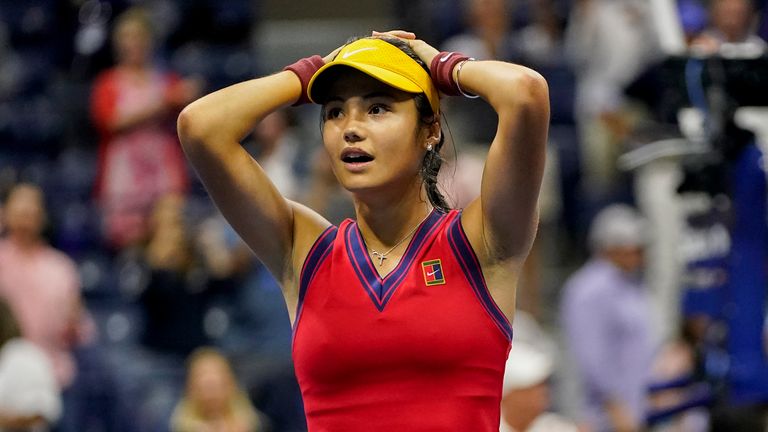 Raducanu beat fellow teenager Leylah Fernandez in the final in New York and the Canadian has also rocketed up the rankings.