Amanda Anisimova rallied from a set down and saved two match points in the deciding set to send defending champion Naomi Osaka out of the Australian Open; the in-form American will take on world No 1 Ashleigh Barty in the fourth round on Sunday 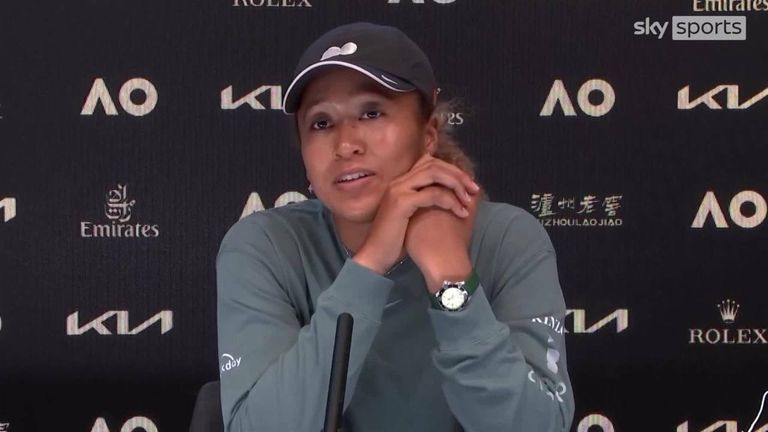 Naomi Osaka said she is "not God" after her Australian Open defence came to an end at the hands of Amanda Anisimova, with the American fending off two match points to advance to a meeting with world No 1 Ashleigh Barty.

Anisimova rallied from a set down and saved two match points in the deciding set to eliminate defending champion Osaka 4-6 6-3 7-6 (10-5) on Margaret Court Arena.

"Going into this match I knew I had to be playing sharp," said Anisimova, who is ranked only 60th in the world but is unbeaten in 2022 having won the warm-up title in Melbourne.

"Naomi is an absolute champion so I knew I had to really step up my game. I think I started doing that in the second set. I'm so grateful I was able to play so well today and get this win. It means a lot."

Osaka has returned to the sport this month after two breaks last season to protect her mental health, and had comfortably won her first two matches.

But in 20-year-old Anisimova she came up against a player in red-hot form and, although Osaka did not play at all badly, she was beaten in a deciding first-to-10-points tie-break.

The result will be particularly disappointing because Osaka held two match points at 4-5 in the deciding set, but Anisimova saved them both. A potential meeting between Osaka and Barty had been highlighted as soon as the draw was made but now it is the Australian hero who will have to try to stop Anisimova.

"I think I fought for every point and I can't be sad about that," Osaka said during her press conference.

"I'm not God. I can't win every match. So I just have to take that into account and know that it would be nice to win the tournament but that's really special.

"I can't think of myself to try to win the Grand Slam at the start of the year every time." 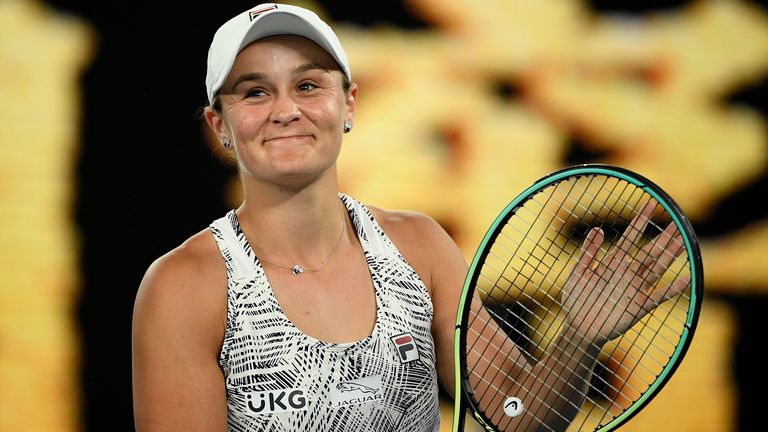 World No 1 Barty continued her smooth progress through the draw with a third-round victory over Camila Giorgi.

Italian Giorgi is one of the fiercest hitters in the game but Barty used her nous to keep the 30th seed at arm's length in a 6-2 6-3 victory.

Giorgi managed only eight winners, three fewer than her opponent, and committed 24 unforced errors in the 61-minute match.

Spain's Paula Badosa fended off a Marta Kostyuk comeback in an engrossing baseline battle to reach the fourth round for the first time with a 6-2 5-7 6-4 victory.

The eighth seed, riding the momentum from a title triumph in Sydney last week, will next face the powerful American Madison Keys for a place in her second Grand Slam quarter-final.

Victoria Azarenka dismantled 15th seed Elina Svitolina 6-0 6-2 to storm through, showing glimpses of the form that earned her back-to-back Melbourne Park titles, but the 32-year-old said she will not get carried away.

"When you look in the past, which I don't like to do, your memory is a bit distorted. Maybe you want to remember something, you want to forget the other," said the former world No 1, who spoke to the press with her son Leo on her lap.

"I try to take it day by day. That mentality, to stay in the present, continue to do what I can in the moment, that's been helping me more rather than comparing.

"That's really what I'm trying to say - that ladder I want to climb step by step. I think the danger is to try to skip a few steps. That's something I'm actually learning not to do. That's been helpful."

A determined Barbora Krejcikova fought back from a set and a break down to overcome Jelena Ostapenko 2-6 6-4 6-4 in a battle between former French Open champions on Rod Laver Arena.