"Sometimes the pain takes away that happiness"; Rafael Nadal has opened up on his chronic foot injury, admitting that there will come a moment when the level of pain outweighs his enjoyment of tennis; He was knocked out of the Italian Open by Denis Shapovalov

Rafael Nadal has admitted there will come a moment where "he cannot keep going" as he continues to play tennis through chronic pain.

Nadal said that he was 'living with an injury' as his chronic foot problem seemed to flare up again during his three set defeat to Shapovalov at the Rome Masters.

The former world No 1 says he intends to be fit for the French Open, which gets underway on May 22, but conceded that he is not sure how to handle this persistent injury.

He often has to play through the pain and it impacts his normal life. This is the first time he will approach the French Open having not secured a clay-court title in the build-up since 2004. 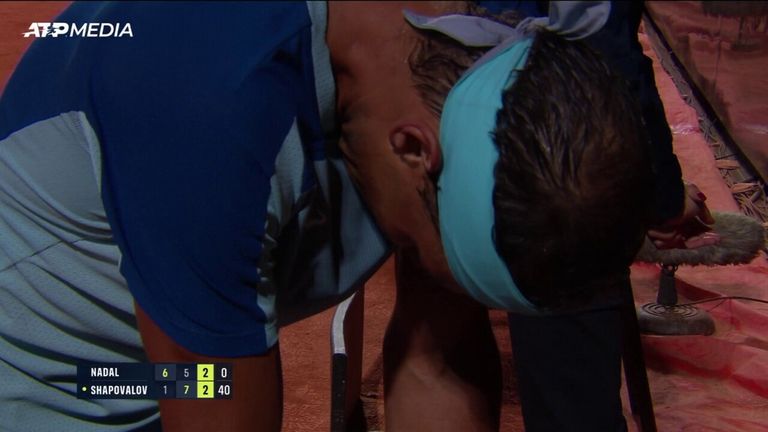 "Let's see for how long I can keep going or until my head tells me otherwise because right now, I must accept my days are like this," said Nadal.

"With such a daily pain it is hard for me (to life). I have tell this several times, I play to be happy and because playing makes me happy, but sometimes the pain takes away that happiness."

Swiatek's testing victory extends her winning streak to 25 matches, which is the longest run since Serena Williams produced 27 straight wins in 2015.

She will now face the 2019 US Open champion Bianca Andreescu, who missed the start of the season to prioritise her mental health.