World No 5 Andy Murray will anchor Leon Smith's Team GB in the first-round World Group tie as they look to mirror their 3-1 success in the quarter-finals in San Diego last year with brother Jamie also in the side.

British No 1 James Ward and Dominic Inglot complete the squad against an American side consisting of John Isner and Donald Young ranked only 20th and 47th respectively, and the world's top doubles team in Bob and Mike Bryan. 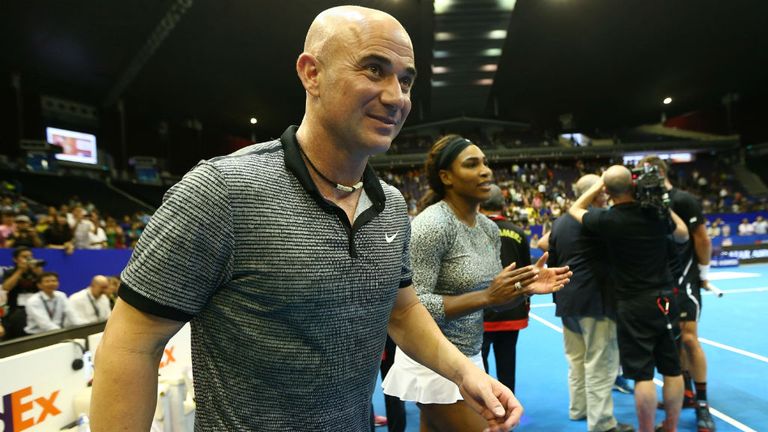 Despite a shock defeat to 18-year-old Borna Coric in Dubai last week, Murray will be expected to win both his singles matches.

That means the tie could depend on the doubles rubber, where the Murrays are set to face the Bryans, the most successful duo of all time.

"We have a big advantage in our doubles but you guys have a huge advantage with Murray.

"I hope we can get over the finishing line and I'll have my fingers crossed like the rest of us."

Meanwhile, Agassi believes American men's tennis has to "regroup at grass roots level" if it ever wants to boast a world No 1 again.

"Being the next Andy Roddick or the next Andre Agassi will still leave you shy of winning tournaments these days. That's the truth," Agassi said.

"Will we ever have a No 1 player again? That's achievable, of course it is, but the four guys at the top now - Roger Federer, Rafael Nadal, Novak Djokovic and Andy Murray - they have redefined what this sport is all about over the last 10 years.

"You need something unique these days to make inroads, especially growing up in a country that doesn't have red clay courts.

"I don't know where Andy spent his childhood playing (he spent time in Spain as a teenager) but he plays the game like he wasn't just playing indoors.

"We don't have that in America. We have a lot of fast court players and the ones who do shine are the ones who bring a different equation.

"John Isner, for example, is a monster, he's 6ft 10in plus with a huge game, so we have to regroup at a grass roots level."