World No 1 Novak Djokovic takes on Tomas Berdych in Sunday's Monte Carlo Masters final, live on Sky Sports 4 at 1.30pm, in which victory will see the Serb become the first player to sweep the opening three ATP World Tour Masters 1000s of the season.

The 27-year-old has not dropped a set on his 2015 clay-court debut this week and he was simply too good for eight-time champion Rafa Nadal in their semi-final showdown to close out a comfortable 6-3 6-3 victory.

Djokovic is brimming with confidence and now has Berdych in his way from adding the Monte Carlo title to his March Masters wins in Indian Wells and Miami.

"I know the final with Tomas will be a different kind of match, but I'll do my best to recover and get ready," said the top seed. 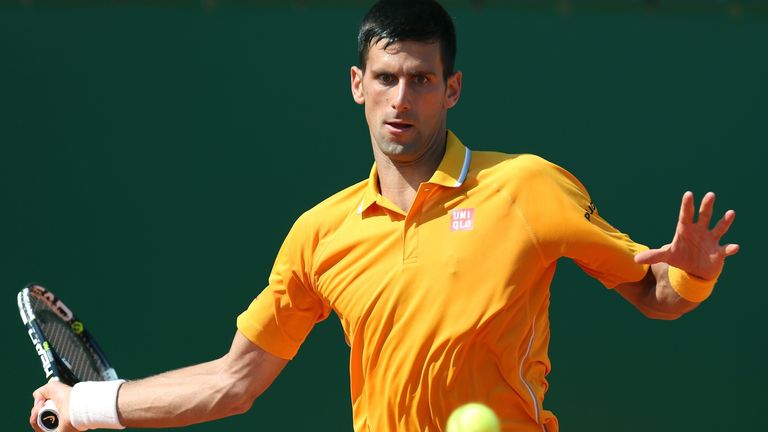 I know the final with Tomas will be a different kind of match, but I'll do my best to recover and get ready.

Berdych, an Australian Open semi-finalist in January, will now be hoping to improve on runner-up finishes in Doha and Rotterdam earlier this season.

He will be competing in his first Masters 1000 final since losing to Federer in Madrid three years ago. His only title in the series came at Paris Bercy in 2005.

"This year is going pretty well, I'm missing a trophy but I have another chance tomorrow: said Berdych. "I've put myself in the best possible position to be ready for it, be prepared.

"I'm having a great week so far, it's all good and positive signs to me," said the Czech who has reached the final without losing a set as he plays the tournament for the 11th time.

After hiring Andy Murray's former coach Dani Vallverdu, Berdych has been in excellent form this year.

"The best thing for me is that I can see the results behind it, which is always very nice and always positive because it hasn't been a quite easy decision to make that (coaching) change in the end of the last year," Berdych said.

Berdych will have to overcome a woeful record against Djokovic though having won just two of their 20 meetings overall, although his last victory came on the clay in Rome two years ago and he took the Serb to three sets when they last met in the Principality back in 2012.