Andy Murray will play at the Miami Open, live on Sky Sports

The British No 1 was upset in the third round by world No 53 Federico Delbonis on the west coast at Indian Wells, but has immediately jetted to the Miami Open which is live on Sky Sports.

Mark Petchey to assess how well the big boys will perform

Murray wants to put the disappointment of last week behind him by returning to the east coast city which he used as a training base. 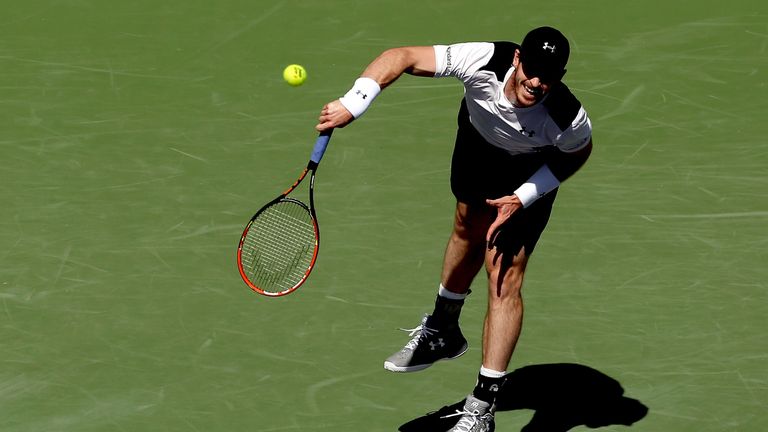 I'm hoping that getting to Miami - familiar surroundings, conditions that I like - I'll be able to play some better tennis this year.

"Obviously it was a tough loss at Indian Wells, I had a chance to win that match in the third set against Delbonis," he said.

"Indian Wells has always been a place that I've struggled a little bit, I've not felt very comfortable there. It was a tough tournament again for me this year.

"I'm hoping that getting to Miami - familiar surroundings, conditions that I like - I'll be able to play some better tennis this year."

The world No 2 will play either Borna Coric or Denis Istomin in his opening match in Miami as he pursues a third championship at the event.

Having used Miami as a second-home throughout his career, Murray is hoping that closeness will give him an edge over the likes of Novak Djokovic, who has won in each of the past two years.

Murray said: "I've got here nice and early so I had good preparations and time to get used to the conditions which have been pretty tricky - windy, hot and humid and very, very different to Indian Wells.

"Normally I do my training blocks here but with everything that happened last year - the Davis Cup finishing late, a baby on the way - I didn't spend as much time as usual out here.

"I'm very familiar with it here, I do like it here. I have an apartment here and I spend a lot of time training on the courts at the venue so I'm hoping it works out well for me."

Watch the Miami Open live on Sky Sports until the final on April 3.

Route to the final

Who could Murray play in Miami?