Daniil Medvedev secured his second career ATP Tour title with a straight-sets victory over Steve Johnson at the Winston-Salem Open.

The 22-year-old completed a flawless week in North Carolina, winning all 12 sets he played, with an assured 6-4 6-4 victory over Johnson to become the first Russian winner of the final hardcourt tune-up event before the US Open, which begins on Monday.

Medvedev, who will rise to a career-high ranking of world No 36 on Monday, won his maiden tour-level title in Sydney as a qualifier in January and needed only 84 minutes to defeat his American opponent.

"I thought, 'This tournament is not for me. It is too hot. I am only here one hour I'm already almost cramping.'

"That's how tennis is. I am happy to win the title." 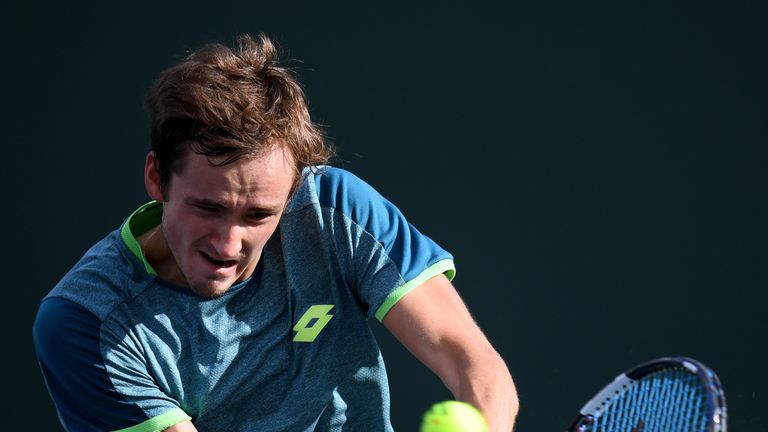 Before the tournament I was trying to decide if I should play here or go get some rest and training before the US Open.

Medvedev impressed on serve, going unbroken in both his semi-final and final, and won 12 of his 13 points at the net to improve his head-to-head recover over Johnson, to 4-1.

"It's funny," Medvedev said. "Before the tournament I was trying to decide if I should play here or go get some rest and training before the US Open.

"But, of course, I think now I would have regretted not coming here this time."

Johnson was bidding to become the first ATP player to win titles on three different surfaces in a season but missed out on becoming the ninth overall since fellow American Sam Querrey did it in 2010.

"I was really was hoping to be last man standing today but it wasn't the deal," said Johnson.

Both players will now head to New York for the final Grand Slam of the season at Flushing Meadows with Medvedev set to face compatriot Evgeny Donskov while Johnson will open against Denis Istomin.

We will have news, previews, live blogs, reports and expert analysis from the US Open. On the move? Head to our app for mobile devices and iPad, or follow our Twitter account @SkySportsTennis to join in the conversation.

Tennis is back on Sky Sports screens with the Laver Cup in September while we will also have coverage of the ATP Finals in November with every match live on Sky Sports. But first, we will be across the final major of the year in New York as the US Open gets underway on August 27, right through to the final with live blogs, reports, features and reaction.