Coverage underway on Sky Sports Action from 2pm on Sunday

Novak Djokovic will aim to draw level with Rafael Nadal on 33 Masters Series titles when he takes on Karen Khachanov for the Paris Masters crown.

Earlier this year Djokovic became the first man to win each of the nine 1000 crowns when he won in Cincinnati for the first time and he will look to add another landmark to his resurgence on Sunday.

A remarkable return to form began at Queens, where he reached the final before going on to claim a fourth Wimbledon title with victory over Kevin Anderson in SW19.

Since then the Serb has lost just once, a third round defeat to Stefanos Tsitsipas in Toronto, and is currently riding a 22-game winning streak after edging out Roger Federer in a thrilling semi-final on Saturday.

On Monday he will be confirmed as the world's No 1 player once again and he will get the chance to crown it with a fifth title of the year, tying Nadal for a ATP-leading total - and picking up a third Masters title in succession following his wins in Cincinnati and Shanghai.

Standing in third seed Djokovic's way will be the in-form and unseeded Karen Khachanov, who will also see a landmark in Monday's updated rankings list - he will rise to at least a career-high 12 in the world on the back of his run in Paris.

The Russian added the scalp of Dominic Thiem to his run in France, the third top-10 player he has accounted for, having already beaten Alexander Zverev and John Isner.

Khachanov is chasing the biggest title of his career, having won three previous tournaments at 250 level, and can take heart from the fact his two trophies this year have come on the indoor hard courts.

A couple of weeks ago he beat Adrian Mannarino to win the Kremlin Cup and earlier this year beat Lucas Pouille in Marseille to win the Open 13 title.

Prior to this week Khachanov had only reached one Masters semi-final, in Toronto and, while Sunday represents his first final, it will be Djokovic's 47th - having already won 32 including four titles in Paris, the last of which came in 2015.

Route to the Final

The pair came through very different semi-finals on Saturday afternoon....... 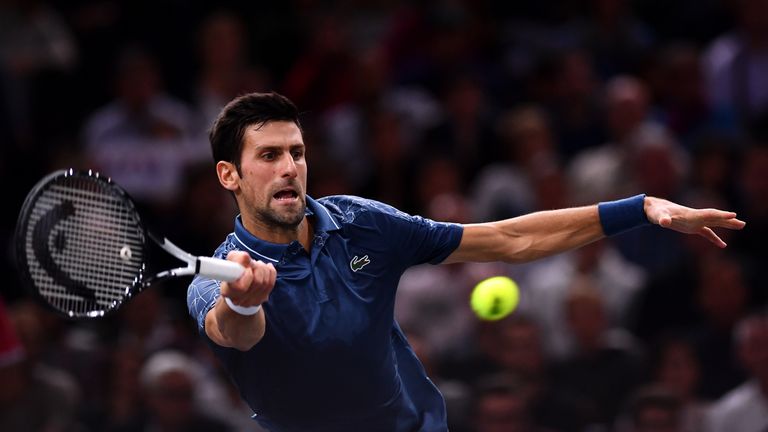 Highlights of Roger Federer against Novak Djokovic in the semi-finals of the Paris Masters. 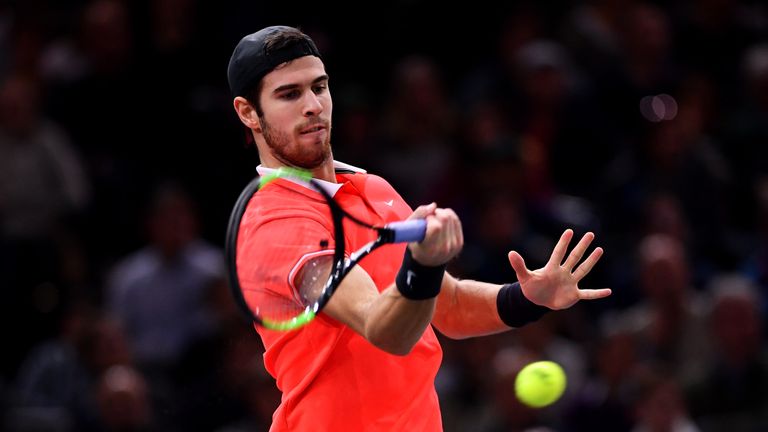 Highlights of Dominic Thiem against Karen Khachanov in the semi-finals of the Paris Masters.

Watch the Paris Masters come to a conclusion with coverage of the final underway on Sky Sports Action from 2pm.