Andy Murray admitted he just wanted to get home after his Australian Open dream was ended again by Novak Djokovic.

Murray was hoping to win a third Grand Slam title and halt a run of four losing finals in Melbourne, but Djokovic extended the Scot's run to five with a ruthless performance on Rod Laver Arena.

The Serb blew Murray away in another flawless first set and while the British No 1 mounted more resistance as the match went on, he could not prevent Djokovic winning 6-1 7-5 7-6 (7-3).

Djokovic has now won a record-equalling six titles at the Australian Open and 11 grand slams overall.

It brings an end to a turbulent fortnight for Murray, who has had his bags packed and was ready to leave if his wife Kim went into early labour at home.

There was also the unexpected collapse of his father-in-law Nigel Sears last weekend, when Murray admitted he had been close to pulling out of the tournament, before Sears was given the all-clear.

The world No 2 said an emotional thank you to Kim in his post-match speech on court and with the contest finishing at just after 10.30pm, he aimed to catch an even earlier flight out of Melbourne than planned, at around 1am.

"I'm proud that I got into this position, just quite looking forward to getting home now," Murray said. 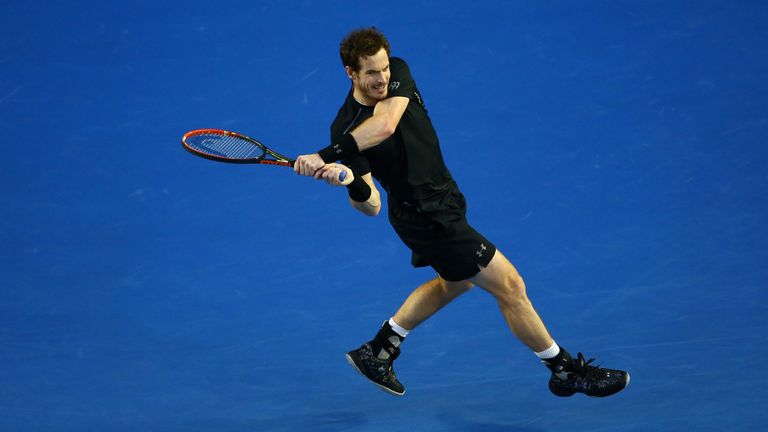 It's been hard. Regardless of today's result, it's been hard. Had I lost in the third or fourth round it still would have been difficult with everything that's happened.

"It's been hard. Regardless of today's result, it's been hard. Had I lost in the third or fourth round it still would have been difficult with everything that's happened.

"Kim has been amazing. She's handled everything unbelievably well.

"I have to thank her for allowing me to play and sort of stay here with everything that was going on. But it was tough."

On his plans to catch a flight, Murray said: "I think the earliest one was at like 1am but I've been held on flights for it feels like five days.

"I've been held on almost every single flight, so the first one out of here, I'm leaving."

Murray made a nightmare start, falling 5-0 down after conceding two breaks of serve, and he suggested off-court issues may have been a factor.

"A lot's been going on," Murray said. "I started the last couple of matches quite slowly, I think, understandably in some respects.

"Obviously it's not good to begin matches like that against someone like Novak. But I'm proud of the way I fought and managed to get myself back into the match and create chances for myself."

We will bring you action from the Rotterdam Open live on Sky Sports, from Monday, February 8.