Futsal helped Max Kilman so why is the FA now scrapping the England team?

As Max Kilman shines in the Premier League, the former England futsal international is seeing the sport that helped him succeed now feeling abandoned by the FA. Adam Bate speaks to three of Kilman's former England team-mates about the funding cuts that will leave the country without a team Max Kilman's success makes him the perfect poster boy for futsal, bringing his pathway - and the game itself - to the attention of a wider audience. It should be a source of pride for the FA that they have incorporated futsal into their development strategy for football.

Instead, Kilman's rise to the Premier League after winning 25 caps as an England futsal international is a source of embarrassment, his breakthrough coinciding with the news that the FA has dramatically and disproportionately cut their funding of futsal.

Effectively, the sport has been scrapped.

Just two years after launching a six-year strategy for futsal, underlining their commitment, the £900,000-a-year investment - relatively modest for an organisation with a turnover in the hundreds of millions - has been cut to a nominal sum. The England U19 side has withdrawn from UEFA competition and the long-promised women's team will no longer be happening.

"Covid-19 has had a significant impact on the FA and as an organisation we are currently planning for potential losses of approximately £300m.

"We have to prioritise our core functions that regulate and serve English football and also have a duty to support our men's and women's senior teams in their efforts to win major tournaments.

"This has led to difficult financial choices, but ultimately has forced us to focus more than ever on our key priorities."

The senior men's side will fulfil their fixtures - starting and possibly ending with a playoff against North Macedonia next month - in part in order to avoid a fine from UEFA. But the team are unable to use the purpose-built futsal arena constructed at St George's Park.

For the players who have given their lives to the game, this is a stressful time, with their emotional state not helped by the fact that they found out the news through the media. "I cannot put it into words," England captain Raoni Medina tells Sky Sports. 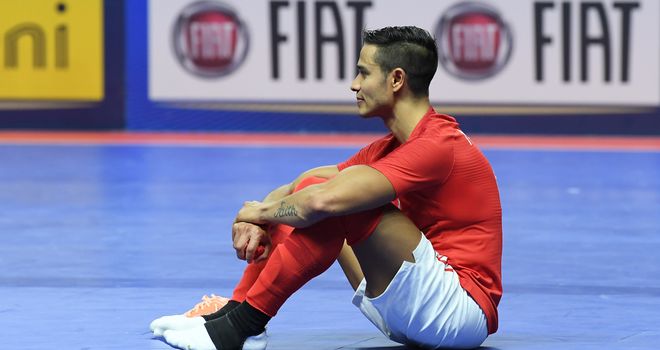 "The lack of respect to all England teams was appalling.

"I am devastated, not only for me personally, but for all the kids, and the women who have been promised a team for years. Coaches, parents, and academies who have been encouraged by the FA to push this sport forward are now having the rug pulled from under their feet. They were introduced to futsal by the same people who are now taking it away.

"Since I became captain, my priority was to leave a legacy to the young players and kids in this country. I feel that the last five years of relentless effort has been thrown in the bin."

Those feelings are shared by 34-year-old Doug Reed, an England international for the past 12 years left in shock when the statement was read out to the team over a Zoom call. "It is a real kick in the teeth for everyone," Palfreeman tells Sky Sports.

"In 2018, they were really behind futsal. Gareth Southgate said it could help football players in the future. How do you go from that to wiping it out? They have cut the whole sport."

Despite their obvious frustration, none of these players are ignorant of the wider picture. They understand that Covid-19 has taken its toll and funding was likely to take a hit.

But the feeling is that futsal has been targeted disproportionately because of a lack of understanding and appreciation at the very top. What was the process behind the decision? And what has happened to the lucrative three-year sponsorship deal recently signed with Pokemon? Is that money now being diverted elsewhere in the organisation?

"It is obviously more of a philosophical decision than a financial one," says Reed. "We know this because they told us they did not do any impact assessment or external consultation. We were told it was just numbers on a spreadsheet. They have just crossed it off the list.

"Even though it runs contrary to their strategy of two years ago, I think they are probably surprised by the reaction. I don't think they expected it. But that is because they did not do any assessment of who is playing it and what it means. They did not realise how big it was."

Getting answers is not proving easy.

Mark Bullingham, the FA's new chief executive, has thus far refused a follow-up meeting with the squad to explain the decision. They have been asked to email in their questions.

As yet, there has been no reply.

"There is no transparency or accountability," says Reed.

"Why can't he accept one video meeting?"

As for Medina, he is still hopeful that his England football counterpart Harry Kane will come out in support. After all, it is difficult to imagine that Kane would be treated in this way.

"In any sport I can think of, the captain of the national team would at the very least get a reply from the chief executive of the sport's governing body, when requesting a meeting.

"Unfortunately, that is not the case here." 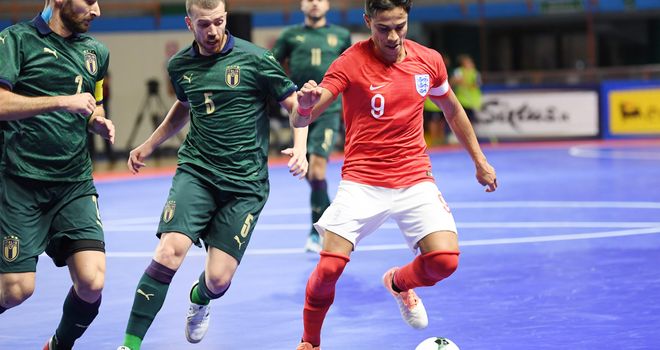 Medina in action for England against Italy in 2019

There are concerns about the mental health of some of the younger players - when asked if support would be provided, they were simply sent an email link to mental health charities.

But the immediate sense of urgency also comes from the fact that while Kilman was in Premier League action this weekend, his old team-mates were preparing for a playoff game.

Beat North Macedonia over two games in November, and England will move to the next phase of qualifying for Euro 2022. It is some carrot being dangled, another six matches, another six international caps available next year, but the players are going into this playoff in the belief that their own Football Association does not want them to succeed.

"St George's Park is supposed to be the home for England and there is a futsal arena there but we are not using it because they have not given us any support whatsoever," says Reed.

Instead, the players themselves have set up camps around the country to prepare as best they can for the challenge of representing England. "We are organising the training between ourselves, and paying the expenses from our pockets," says Medina.

While the flights are being covered, it is only after some uncertainty that the players have been told that their campaign will continue to its conclusion. The sense among the squad is that there are those who would prefer that to happen sooner rather than later.

"The message they are sending to us is clear," Medina adds.

"It's amazing, isn't it?" laughs Reed. "This might be the first time that the senior management are interested in one of our results - but it's because they want us to lose rather than win."

"This might be the first time that the senior management are interested in one of our results - but it is because they want us to lose rather than win."

It is an extraordinary situation only exacerbated by the feeling that the FA's stance is so at odds with the direction of travel around the rest of the world. Futsal is a growing game.

Spain are investing millions, while Germany looks set to launch its own Bundesliga. In France, another country without a great history in futsal, the game has become very popular in schools. Even San Marino are committed to building their own arena.

"Futsal is the fastest growing indoor sport in the world, according to FIFA and UEFA," says Medina, "and it will just be a matter of time before the FA realises how wrong this decision is. Unfortunately, it will cost a whole generation of futsal and football players." "It is not just England going through a pandemic, it is the whole world," he adds.

"If all these nations can continue to invest, why can't we?"

Instead, England will join the likes of Luxembourg and Liechtenstein in not having a national team. "That gives you an understanding of where England are going," says Palfreeman.

He is among a host of internationals now contemplating their future in the game.

"I moved abroad for England. Now that has been taken away, is that my time to pack in professional futsal? I am 25. I could go home and start a life, spend more time with my girlfriend. These are the questions that I am asking myself now. Is it worth it anymore?"

Medina looks set to pursue opportunities abroad in the belief that "his ideas are not welcome" in this country. Reed, meanwhile, coming to the end of his futsal career anyway, can only reflect with sadness on the fact that others will not enjoy the same experiences.

"I have had all these amazing opportunities travelling the world with England," he says. "But there are young boys and girls who thought they had that all ahead of them. Kids I am coaching who have had that dream taken away from them. I feel really bad for them."

The consequences for futsal are dire, but it is important to acknowledge that this is a lost opportunity for football too. A pathway is being closed just at a time when a clear example of the vital role that futsal can play in a footballer's development has emerged.

"The people at the top just don't understand the benefits of what futsal can bring for football and Max is the prime example," says Palfreeman. "I am happy for him but also for futsal. This is what can happen if you invest in it. There could be a lot more Max Kilmans." 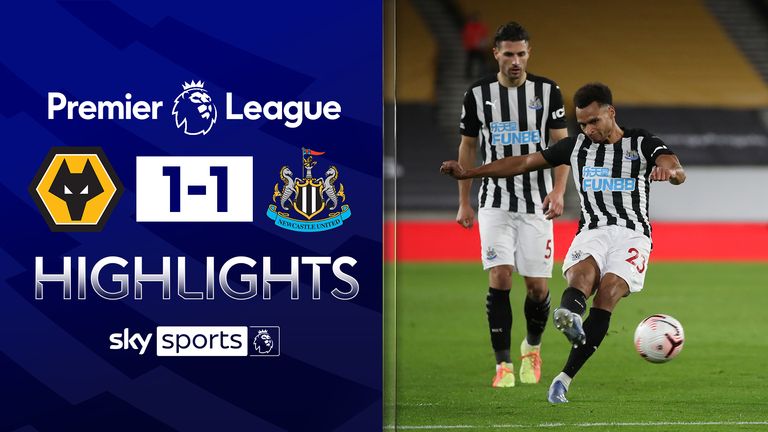 Medina is convinced that "integration could give us the type of football players that we lack in England" because of futsal's emphasis on close control and working in tight spaces.

The irony of it all is not lost on Reed.

Lose in North Macedonia next month, and that doomsday scenario will become reality.

"If we lose, it is done," says Palfreeman. "There will be no more England team."

His captain is determined to rage against the dying of the light.

"All we can do at the moment is to keep the programme alive for at least one more season," says Medina. "Which is exactly what the FA does not want to happen."

A number of the issues raised by the players were put to the FA by Sky Sports. We were referred to the earlier statement talking of "unavoidable budget cuts associated with Covid-19" and the "difficult financial choices" being made as a result.

Still, the feeling persists that there must be a better way.