In an exclusive interview with Caroline Weir, the Manchester City player discusses the challenges facing young women in the sport and how she plans to change things for the next generation through her work with Common Goal and Girls United 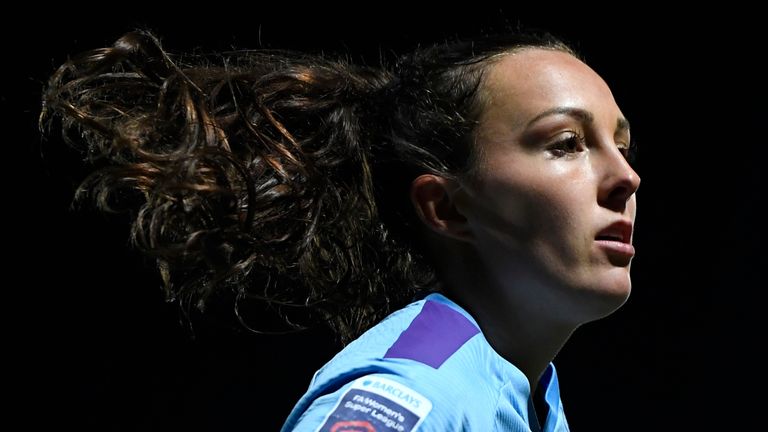 Lockdown was a time of reflection for many but Manchester City’s Caroline Weir put that period to better use than most. The Scotland international thought about her own journey to the top of the professional game. A journey that brought a place in the PFA team of the year for last season and FA Cup success at Wembley earlier this month.

Weir recalled her childhood matches with Elgin Star and the early days at Hibs back when a career in professional football still seemed unattainable. It inspired her decision to give something back by joining Common Goal as well as becoming a global ambassador for Girls United, a charitable organisation providing girls with equal access to sport.

"It was a good time to take a moment and realise what was important," Weir tells Sky Sports. "Working with Girls United matched up with what I am passionate about which is girls being included in football. Gender equality in sport is kind of my thing."

This has been a difficult time for advocates of equality when it comes to women's football. If the unhelpful comments of the outgoing FA chairman hinted at an ongoing disparity in the sport, the decision to deem girls' academies non-elite and shut them down during lockdown, while the boys were allowed to continue, appeared to confirm it.

"It is difficult because there are obviously reasons behind it but it does just highlight that the women's game still has a long way to go not just at professional level but at academy level.

"The game has grown maybe quicker than people thought, especially in the last few years. The decision-makers just need to catch up with it and make sure they do the right things." 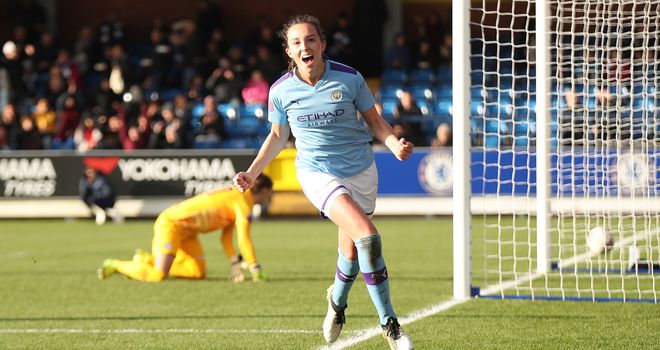 When Weir discusses the women's football boom, she cites the 2019 World Cup but is too modest to reference her own part in it. It was her 25-yard goal that decided the first-ever Manchester derby that same year in front of a crowd of over 30,000 at the Etihad Stadium. "People are still asking me about it so I think I have lived off it for long enough," she laughs.

That moment was the culmination of years of hard work, and years of fun. The humble beginnings, playing in a seven-a-side league for Elgin Star alongside her brothers and sisters.

"I remember those days so well," she says. "I was five or six playing in my local playing fields in Dunfermline alongside loads of boys. Those were really happy times. Our weekends were just consumed with football. That was where my love for the sport began."

“It was a no-brainer to get involved and help in some way,” says Weir. “The fact that it is a number of players getting together and helping. That was kind of a big thing for me.

“I like the idea of being part of a team and working towards a greater goal. I think the more footballers that you can get on board with a charity like that, the better.”

Weir joined Hibs when she was 10 years old playing with girls who were three years her senior. There was no obvious path to the first team. In fact, her father had to help create it.

"He kind of became the chairperson of it and linked the youth teams to the first team and we then saw the pathway because we did not even know there was a first team or who was in it. We never saw them, we did not train at the same place, we did not see their games.

"With the help of a lot of others, he created that pathway that my friends - who are still my friends now in the national team and playing professionally elsewhere - came through." 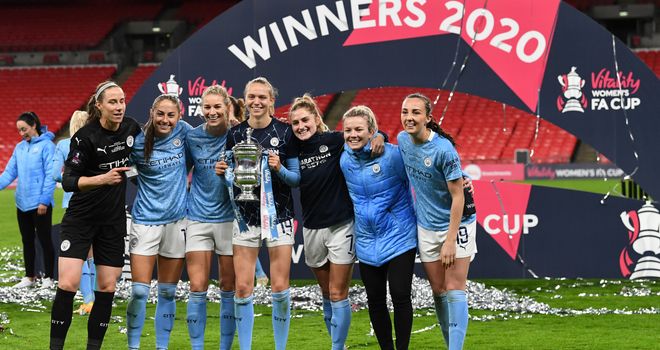 Now 25, she recalls the challenges that many of her peers were unable to overcome. The youngsters who drifted away from the sport, discouraged and disheartened.

"When I was a teenage girl, football was not really the thing to do. A lot of girls in the teams that I played in, there were other things going on that were more interesting to them.

"It can be a really difficult time. There were moments at Hibs when I was still a teenager and I was not sure where I was going to go and what I was doing it all for, but I pushed through.

"There were other players who you could see were talented. We went to Scotland camps together but you flash forward a few years and they were nowhere to be seen. They had dropped off. I think that is such a shame. There are definite improvements to be made.

"One of the problems was that there were no role models really that would help you to see where you could end up going in the sport. It was starting to change but it was a slow process. I did not know whether professional football was even an opportunity for women.

"Nowadays with the visible role models that we have, teenage girls have a clearer idea of where they might end up and can follow that path now. If you are a 12-year-old girl who loves football and you can see that there is someone out there like Steph Houghton, with all that she has achieved in the game, then you know that it is possible for you to do the same." 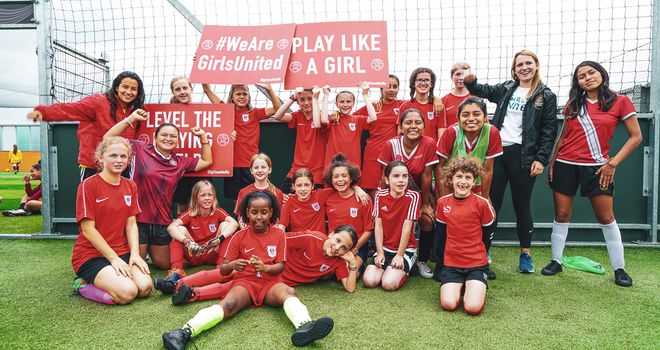 Weir is a global ambassador for the charity Girls United

Weir is an ambassador herself now, quite literally. She is determined to make an impact with Girls United and the organisation is growing. Launched in Mexico in 2017, a club in south London has since been added too. To date, they have been engaged with over 800 players and more than 60 coaches through their seven clubs across two continents.

In October, Girls United launched the Black Coaches Matter project dedicated to creating pathways in football coaching for black women, such as their own Greer-Aylece Robinson.

She was among those involved in helping to host a football tournament for over 150 girls last year in partnership with Brixton Learning, a group of state schools in south London.

"Working with female coaches made a great difference," explains Jenny Smith, a teacher with Brixton Learning. "Often these girls see football as a sport for boys, coached by men. This was exactly what we needed to encourage more girls in school to think about playing." 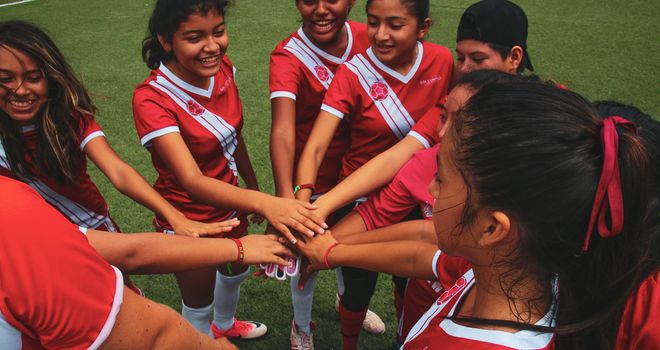 It is also exactly what Weir has in mind when she talks of giving back and helping the next generation. She is keen to see where it all began in Mexico when the time is right. "That would be a nice wee trip." But there is no rush. This is a long-term commitment now.

"Of course, the number one priority is still playing and training because I am at an age and at a club where it has to be and football careers do not go on forever. But I want to do more than put my name to it, I want to be proactive and I want to make a difference if I can.

"I want to really help."