In an exclusive interview with Sky Sports, Red Bull Salzburg head coach Jesse Marsch discusses his early life in Wisconsin, his leadership values, the lesson of Bob Bradley, why the club was not worried by Erling Haaland's exit, and Champions League dreams 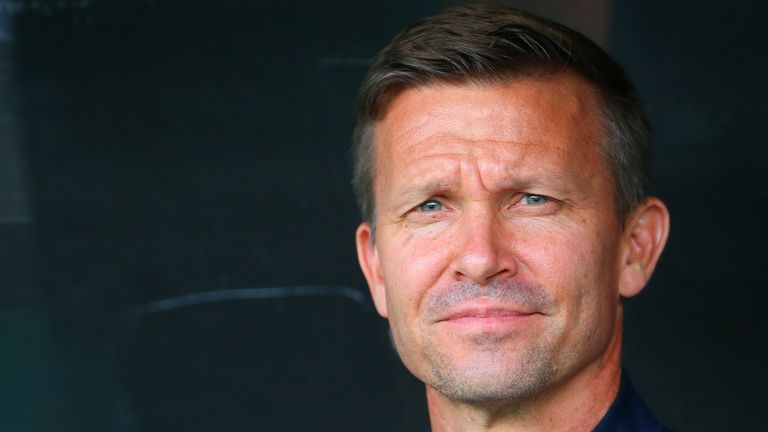 This has been another hectic month for Jesse Marsch. There was chaos after the game against title rivals Rapid Vienna when six of his Red Bull Salzburg players were diagnosed with coronavirus only for it to be discovered later that these were false positives.

"For 24 hours everything was absolutely insane," he tells Sky Sports.

"These are new challenges for everyone. The things that we had gotten to be good at over the years in our jobs, a lot of those requirements have changed. But for me that has been good. It has forced me to think outside the box and come up with solutions."

It is just the latest test of leadership skills for Marsch.

In a wide-ranging interview, he shares his thoughts on that and on identity, on the challenge of facing Bayern Munich, as his team will do on Wednesday evening, and the perceptions that come with being the first American coach to win a major league title in Europe.

In recent weeks, Marsch's views on everything from Frank Lampard's treatment of Christian Pulisic to Donald Trump's treatment of everyone else in America have made headlines.

It is easy to see why this 47-year-old coach would find himself at odds with the outgoing president. Not only does he prefer a more collegiate style of leadership but he is open-minded and outward looking. A globalist, even from his early days growing up in Wisconsin.

"It is on the map now because we needed it to be a blue state in the last election," says Marsch, laying bare his political views from the outset. "Not many people from where I am from leave. It is a simple area. They are good people. They work hard in the same job for 30 years. They do the same thing on a Tuesday night and the same thing on a Sunday."

Marsch wanted something different and that passion was ignited in him when he embarked on a tour of Europe as part of the national team while still a young teenager.

"It was the first time that I saw the way that other people lived and how they spoke other languages," he explains. "Even being on the pitch and hearing foreign languages, the behaviour of people from other places, it sparked my imagination. I knew at that point that I wanted to get out. I knew I wanted to see the world and experience different things." 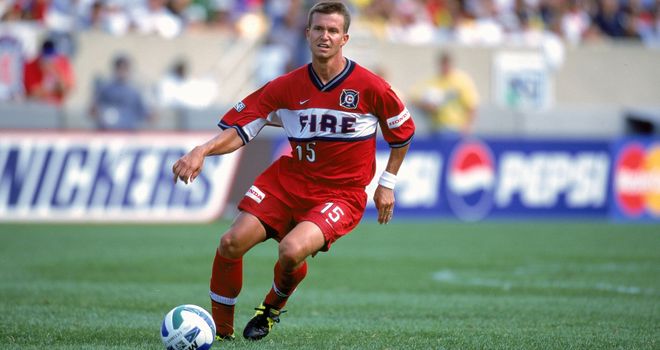 A successful playing career followed, including MLS Cup glory with Chicago Fire before earning two caps for his country. "I was not the most talented guy but I was always a strong presence in the team. I knew that if everyone else around me was a better player, I would be a better player. That was a fundamental that I understood early in my playing career."

Now Marsch finds himself leading a multicultural group in a country where he is, by his own admission, still battling with the nuances of the language. At Salzburg, there are Africans and South Americans, players from all corners of Europe. His task is to bring them together.

"I am a strong believer that our differences make us stronger rather than weaker. It is key that everyone gives everything of themselves to the group. You also have to create an environment where everybody can be themselves but be the best version of themselves.

"One of my core philosophies of leadership is valuing opinion and growing ownership within the group. I need the players to give opinions so I know what they think.

"Then I need to incorporate those opinions into what I do because if I say I value their thoughts but never use anything they do then they don't believe me.

"The more I can engage people then the more they give everything. It is an incredible reaction that happens. When people feel valued they will come to work every morning and they will run through a wall because they know that the team is also a piece of them." It is working. Salzburg did the double in Austria last season, Marsch's first in charge, and the supporters are singing his name. But he is well aware that there was resistance at first.

It was not just his nationality, it was the perception that he had been parachuted in. A Red Bull man. They are also the owners of the team in New York that Marsch had coached and the outfit in Leipzig where he had worked as an assistant to Ralf Rangnick for the previous year.

Marsch knows from bitter experience how damaging such perceptions can be. His coaching career began as an assistant to US men's national team coach Bob Bradley, under whom he had also worked as a player at three different clubs.

Bradley had been a trailblazer in pursuing a career overseas. Marsch even visited him in Egypt. But that admiration and respect did not preclude him actively seeking to avoid the problems that Bradley experienced in the Premier League with Swansea, where he was soon cast as an interloper who did not understand the culture, and was sacked after 11 games.

"I watched Bob Bradley and I saw him suffer," says Marsch.

"I also know what a good man he is and what a good coach he is. Watching what happened to him was so painful for me but I thought about it a lot. I spoke to him about it. I could see the suffering that he went through and if I my idea was going to be to come over here to Europe at some point I was going to have to learn from what had happened to him." 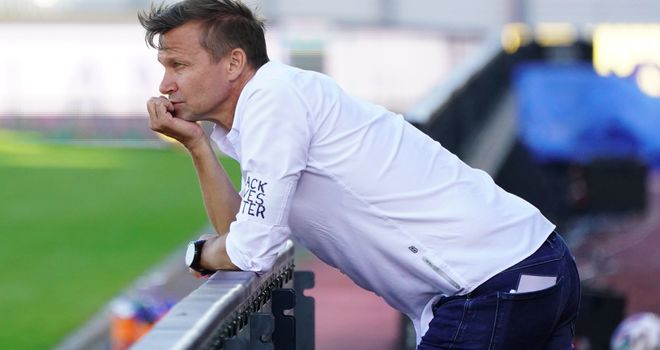 The starting point was to learn the language, an issue for Bradley even in England, where terms like 'road games' became a focal point of criticism. "When I speak German I make so many mistakes that they don't necessarily pick up on the little things," laughs Marsch.

That process began in Leipzig and he believes that was essential. Not just because of what he learned but because it added to the sense that he came with some pedigree in Europe.

"Having the team be successful in Leipzig and learning the rhythms of European football, learning more of the language, understanding exactly what the culture meant to the people there, prepared me really well. It also gave people the sense that I was not just a random American who spoke no German and had no European experience coming to Salzburg.

"You are always going to be judged by results. But the more that you can have in your back pocket to say that you have been here, you have had these experiences and you know how to respond and where we are going and what we are doing, that gives you a bit more flexibility in the big moments for people to believe in who you are and what you are doing." 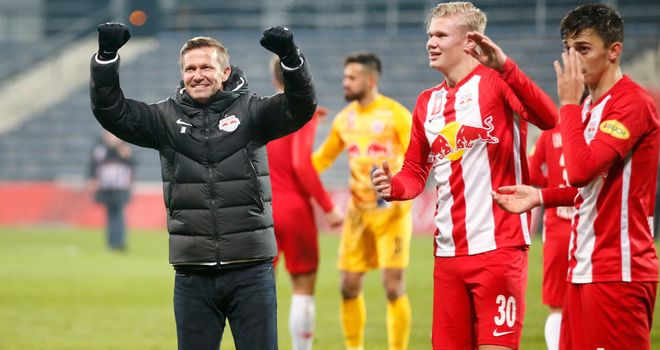 At Salzburg, it is about more than just results. It is about the style. The high-tempo pressing game has become a feature at the Red Bull clubs even if Marsch insists there is no manual. It is football to excite and Salzburg briefly had one of the game's most talked about forward lines when Erling Haaland, Takumi Minamino and Hwang Hee-chan were all firing.

And then they were gone.

"You have to want to see people succeed," says Marsch of the experience of losing Haaland and Minamino in January, before seeing Hwang move to sister-club Leipzig in the summer.

"You have to love the fact that they are going to go on and have new opportunities. You have to really believe it and want the best for your players. That is very important."

Dominik Szoboszlai, the brilliant young Hungarian, looks set to be next. The key to Salzburg's success is that they do not live in fear of the loss but see this as fundamental to the process. 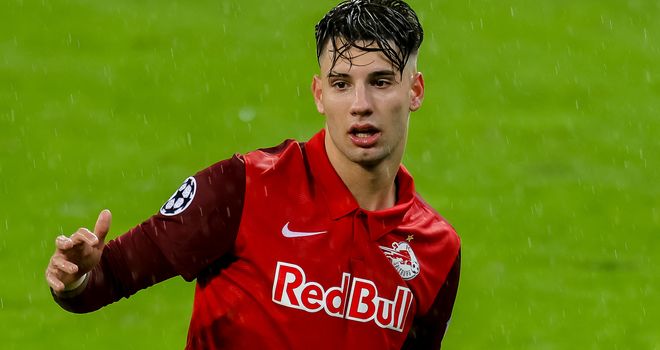 "It is a core part of our philosophy. I know I am always going to get talented young players to work with. My job is to make sure that I maximise their potential. You have to build an infrastructure that means that when those players move on, others are ready to step up and take on the next role.

"If people show commitment and development I will always have time for them. When they stop showing that then we have a problem because then we are hitting a ceiling and we cannot create this underlying improvement that fills the holes when players leave.

The success of the Salzburg model helps to explain why clubs such as Borussia Dortmund and Liverpool come calling - they play the football that the best teams want to play. 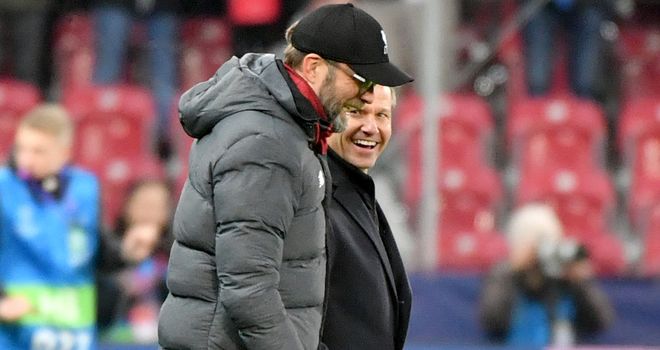 "Jurgen Klopp is a very intelligent, strategic recruiter. He is influenced by Ralf's football. Certainly, he has played a version of what we do but his own version that I really respect.

"Even when I speak to my recruitment team, the first thing we look to understand is what leagues play the most intensive football and then what teams within those leagues play most similarly to us so that when we are looking for these young players we can start here.

"Well, Jurgen starts and often stops with players at Salzburg and Leipzig and Dortmund because he knows that those players have already been instructed in that style of play and been given the foundations for the things that he values in his teams.

"However, I believe that if players learn to play at our speed and intensity, and if they have quality, one of the beauties of players in our team is that they grow quickly because they have to. Our game is so fast that their reactions have to be so quick and it forces them to grow and get better as the learning curve gets steeper.

"So I believe this football helps players no matter what football they go on to play next. More and more bigger clubs are keeping track of what is happening at Salzburg." 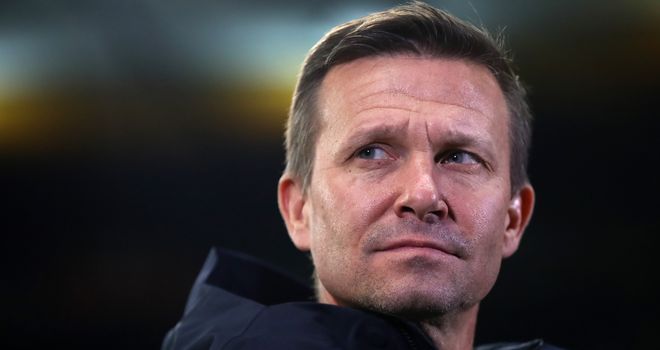 There is only one big club on Marsch's radar right now as he prepares his team to face Bayern Munich in the Champions League. "Bayern, for me, are the best," he says. And he should know. He pushed them hard only to be punished late on in a 6-2 defeat last month.

"It felt cripplingly unfair but that is too bad," he adds. "That's life. I believe in young players and you have to have patience because you are going to take a beating sometimes. But I believe those experiences will make these young players better. The good thing about this situation is that we have a chance to try to correct it."

He has watched the video back in full. Three times. Twice focusing on his own team, once looking just at what Bayern did. It is an indication that Marsch does not regard these games against the Champions League elite as something akin to a free hit for his side.

"When I train the team I am not training the team to be good against some of the lower teams that we play against in the Austrian league," he explains. "I always have something in mind about playing Bayern Munich or Liverpool, the best teams in the world.

"I have pretty lofty goals but it is OK to have big dreams and it is OK to talk about them. Being in the Champions League every year should be the minimum. Then my goal is to get out of the group."

And what will Jesse Marsch be chasing if and when Red Bull Salzburg do eventually manage to negotiate the group stage?

"I want to win the whole fricking thing."