Spurs are currently top of the Premier League, with the best defensive record in the division; they have only lost once in the Premier League this season on the opening day and take on Crystal Palace on Super Sunday; watch from 4pm live on Sky Sports Premier League; kick-off 2.15pm 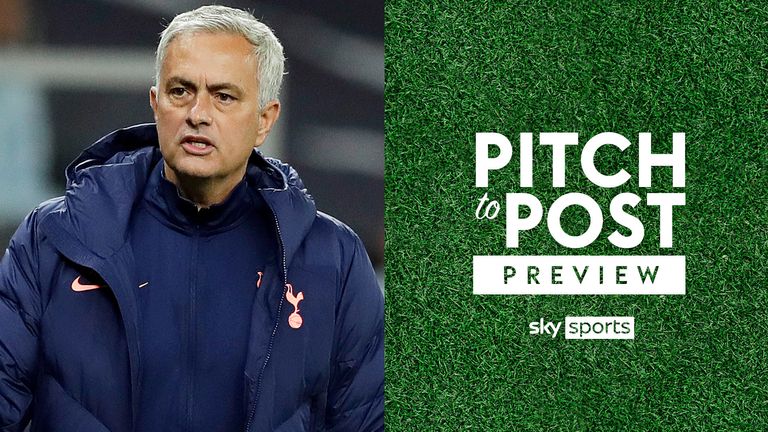 Will Jose Mourinho bring silverware back to Tottenham?

Tottenham have received some criticism for their style in recent weeks but their priority is now winning, Michael Bridge told the Pitch to Post Preview Podcast.

Jose Mourinho's side currently sit top of the Premier League on goal difference and have only lost once in the top flight all season to Everton on the opening day.

In their last three Premier League games, they have beaten Man City and local rivals Arsenal 2-0 while drawing 0-0 with Chelsea at Stamford Bridge.

After a tremendous start to the season, Sky Sports News' Bridge says it is time for Mourinho to bring silverware to Tottenham after years of near misses.

He told the Pitch to Post Preview podcast: "The point is Spurs need to start winning things. A bit like Leeds with David O'Leary, there was that worry under Mauricio Pochettino that everyone likes watching them, but are they going to win anything? Spurs didn't end up winning anything, but there were countless semi-finals in the cups, finishing second and third in the Premier League and reaching the Champions League final.

"If this is the way they do it under Mourinho [playing defensively and scoring on the break], I'm speaking for 99.9 per cent of Spurs supporters, they'll take it. It's time to start winning things. 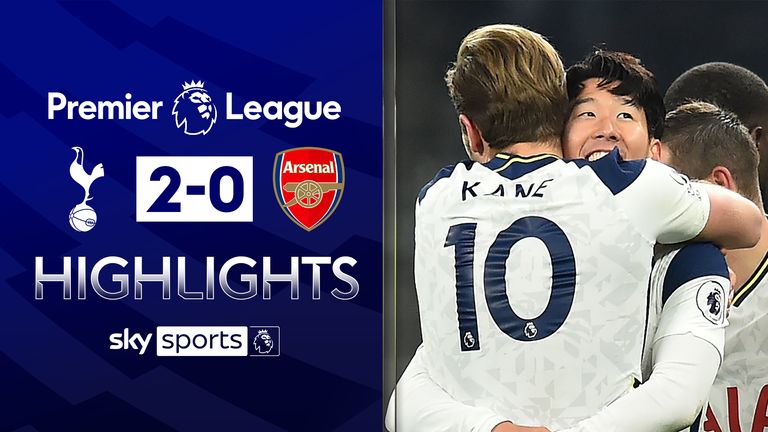 "The key thing here is that people said before the games against Man City, Chelsea and Arsenal, let's see how good Spurs really are, despite scoring five at Southampton and six at Manchester United, people were still saying that. Three clean sheets and seven points later, I think they deserve some credit.

"Also Hugo Lloris has been rarely troubled. When Spurs went 1-0 up against Man City, they [City] did attack, but in the second half, Spurs looked very comfortable. Toby Alderweireld and Eric Dier were absolutely outstanding, Joe Rodon came in against Chelsea and there were a couple of nervy moments, which is natural on his full Premier League debut but again, a clean sheet.

"Against Arsenal, they had plenty of the ball, but barely any clear cut chances. Pierre-Emerick Aubameyang, Willian, Alexandre Lacazette, they were all quiet and it didn't feel like Spurs were under any pressure whatsoever. It's working for them.

"This soft-centre, that 'Spursy' word, it's going. Spurs are a very hard side to beat under Mourinho at the moment, they've got something here. So for most Spurs fans, [not having lots of possession] is really not a big deal because I still think they're very good to watch and they're top of the league." 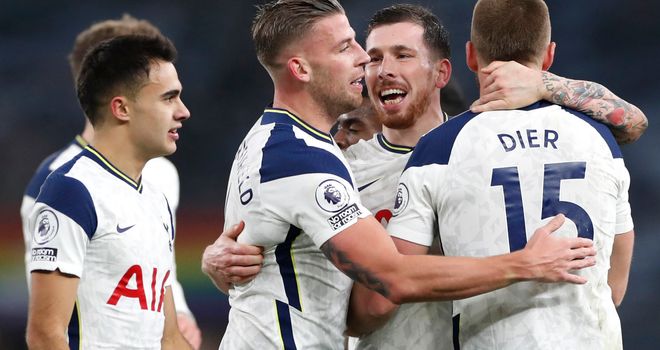 But it's not just their defensive record that has been impressive - Tottenham have scored the third highest number of goals (23) with Harry Kane and Heung-min Son proving to be a fruitful partnership.

Bridge added: "Let's talk about Spurs on the break - wow. You've got Giovanni Lo Celso or Tanguy Ndombele running at you, you've got Heung-min Son on the wing. You might have Steven Bergwijn, Lucas Moura or even Gareth Bale on the right and you've got Harry Kane pulling back, Son pushing forward. There's a purpose to everything this club are doing right now on the pitch and as you saw to devastating effect before half-time [against Arsenal], Spurs broke and it was their game because Kane put it away.

"This plan and this structure is working and it's working against the so-called bigger clubs. For years, Spurs have struggled against the so-called other big six teams and are now the ones who are really hard to beat. Their only defeat in the Premier League was on the opening day against Everton and Spurs looked a bit leggy, like they weren't ready. But since then, Spurs have never looked back.

"But it can all change quickly. Spurs just need to carry on, they've got some hard games coming up, starting with Crystal Palace, live on Sky Sports on Sunday, then Liverpool away on the Wednesday - what a game that is going to be. There's Leicester and Wolves over Christmas as well and Mourinho will know that too."

'Zaha will be a danger for Spurs' Tottenham make the trip across to London to face Crystal Palace, live on Super Sunday. Roy Hodgson's side beat West Brom 5-1 last weekend and Bridge has identified talisman Wilfried Zaha as a big danger for Spurs.

He told the Pitch to Post Preview podcast: "They face a real test with Crystal Palace and may have to change things a bit. You talk about the 2,000 fans at the Tottenham Hotspur Stadium making noise, I have no doubt in my mind that 2,000 Crystal Palace supporters are going to make it deafening.

"The team go into the game on the back of a fantastic 5-1 win against West Brom and their fans will be delighted with that. Crystal Palace have got this in their locker. The problem for me going forward with Palace is they need to find a plan B or a plan Z without Wilfried Zaha. Roy Hodgson has always said Palace need to find a way to be a good team and be successful without Zaha. 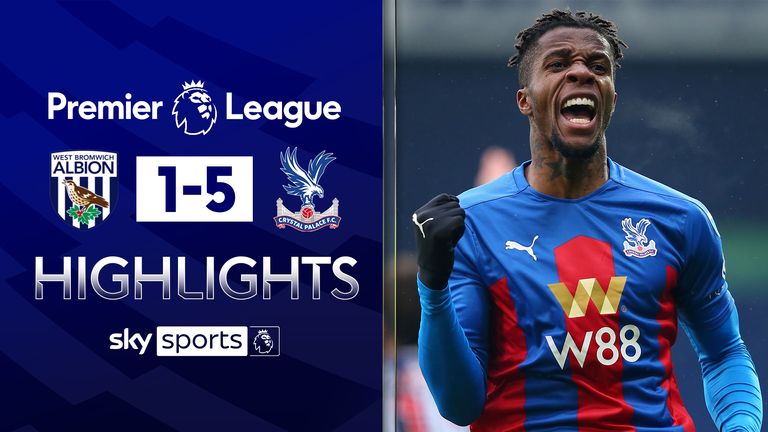 "A couple of summers ago, he made it clear he wanted to play Champions League football, Arsenal and Everton were keen, but he knuckled down and is one of the best professionals in this league. This summer, there wasn't really any murmurings at all so Palace hit the ground running. He was phenomenal at Manchester United when Palace beat then 3-1, it was all Zaha.

"My concern is when he's not around, where do the goals come from? At West Brom, you saw the influence he had straight away when they went 1-0 up. Yes, the sending off [of Matheus Pereira] helped massively, but he gives other players around him confidence to express themselves a bit more.

"He's really come into his own now. Roy made him captain for a few games at the start of the season and he's not the loudest guy on the pitch but it's the influence and respect he has with the other players.

"He's a real danger for Spurs and any club going into a game of the back of a 5-1 win is going to be tough. I think this could be a really tough game for Spurs on Sunday."