The France international, 34, underwent a medical on Friday, before thanking Chelsea for the "special memories" during his three-and-a-half-year stay at Stamford Bridge; "My ambition is to win some trophies," says Giroud after joining AC MIlan 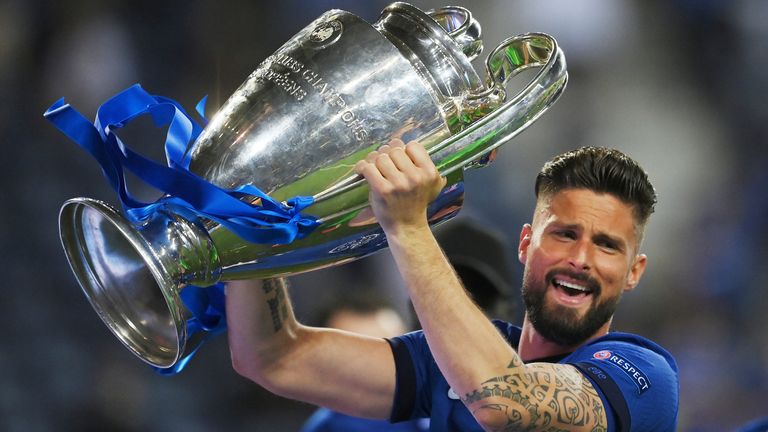 Olivier Giroud has completed a permanent transfer to AC Milan from Chelsea for an undisclosed fee.

The France international, 34, underwent a medical on Friday, before thanking Chelsea for the "special memories" during his three-and-a-half-year stay at Stamford Bridge.

On signing for AC Milan, Giroud said: "My ambition is to win some trophies.

"That's why I am playing football. I am a competitor and I want to win again and again."

Giroud, who joined Chelsea from Arsenal for £18m in January 2018, won the FA Cup, Europa League and most recently the Champions League in May during his spell with the Blues.

He scored 39 goals across 119 appearances at Chelsea, including 11 last season.

A World Cup winner in 2018, he was involved in France's Euro 2020 campaign as they were knocked out by Switzerland on penalties at the round-of-16 stage following a 3-3 draw after extra-time.

AC Milan signed Fikayo Tomori from Chelsea earlier this summer after they activated their £25m option to buy the defender following a successful six-month loan spell.

The Serie A club also hold an interest in Chelsea pair Hakim Ziyech and Tiemoue Bakayoko.

They will play in the Champions League in the upcoming season after a seven-year absence.