What is it like to coach part-time players in a full-time league? Former Leicester player Bruno Berner found out in Switzerland – and his own time working Monday to Friday in a marketing job after his football career came to an end helped him to understand them 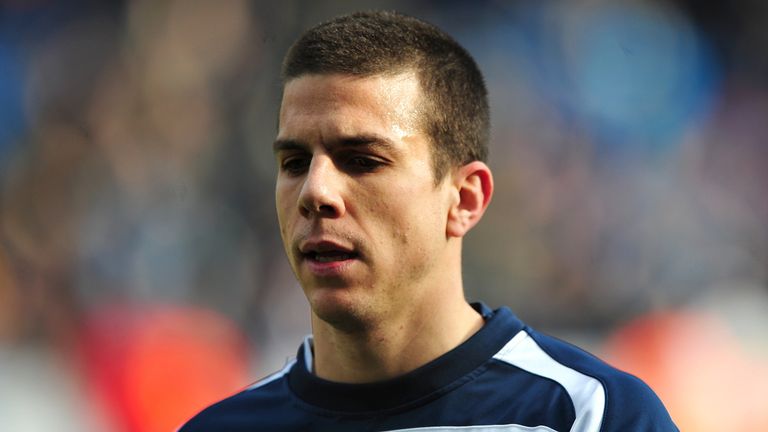 Coaching part-time players can be challenging but at least most managers can comfort themselves in the knowledge that their rivals find themselves in the same situation. Bruno Berner's successful four-year stint at SC Kriens in Switzerland was different.

When the former Switzerland international, a League One title winner with Leicester City, won promotion to his country's second tier in 2018, there was no great investment and no switch to full-time status. And yet, for three years his team has defied the odds.

They did not have to deal with players phoning up to explain they were missing training because they were working late or otherwise engaged. Berner, a man whose own experiences had been at the top end of the game, had to learn empathy.

He did have an advantage, however. Upon retiring from football after leaving Leicester, he had worked himself - taking an internship at a marketing company. He was in the job for 18 months, even if office life and its quirks remained alien to a footballer.

"It was the first time in my life that I stepped away from football," Berner tells Sky Sports.

"My brother told me, 'Welcome back to normal life. You have left that golden cage.' What do you mean? 'You were in a bubble for 15 years.' He was right, but I loved my job.

"I worked Monday to Friday which meant I had the whole weekend to myself with my family and it felt amazing. The next time that I had to think was on Monday morning.

"The mindset of my colleagues was completely different, though.

"In that world, they would come in on a Monday morning and slowly they would get started. The attitude was, 'Oh no, it is Monday again.' I was not used to that.

It was that buzz of the weekend that brought him back. The opportunity at Kriens, a town in the suburbs of Lucerne and a club then in Switzerland's third tier, saw Berner take a pay cut from his marketing job. But it did not feel like a choice to him.

"We are like junkies. We need that injection of adrenaline. I have seen so many players miss that adrenaline, not failing but suffering when they do not have these major targets. I missed that drug of football. It was not there. I was enjoying it but where were the games?"

His time away from football lent a different perspective and a greater empathy with the part-time players he would now be leading. It made him a better manager, a better man.

"In terms of social competence, I learned so much," says Berner, recently appointed as Switzerland's new U19 coach.

"You prepare the session and a few hours before you have three players texting you that they cannot come in because they have to work longer. What are you going to do? Do you tell them they are out of the team? They are in a job and you have to accept it.

"Patience had been a weakness but I learned from that and became able to adapt very quickly to situations. It was so much easier to manage in a game because it felt like I never knew what was around the corner during the week either. Dealing with it became normal.

"We never talked about problems. We never moaned. We always focused on solutions because of that acceptance of having amateurs in a professional league. The moment you start worrying about how you have not had the training sessions that other teams have had then you are losing the game before it has even started. We made the best out of it." 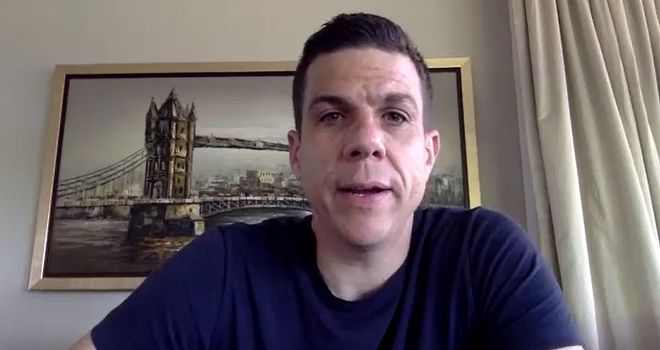 Thinking creatively became a skill because every minute of every session had to be used to its maximum when there were only a handful of them. A fitness coach was introduced last season but that was a risk given that it would impinge on his own time with the players.

"Physicality in football is important but it takes a lot of football time away and that was an issue. I had to be very clear and precise about how I want to bring the physical coach in. I had to use her wisely at the right time. It was a big demand on my coaching skills.

"I knew my players were not as athletic as some of the other full-time teams so we had to be smarter in our work. Where are the areas that we can hurt them? Maybe our focus was more on set pieces and stuff like that. That all makes you a better coach."

It worked, too. After gaining a surprise promotion, there followed unlikely success. Kriens were the surprise team, adapting to their new environment, revelling in the underdog role.

"After playing a dominant style, we had to recognise that we could not dominate any more against better teams. We went to a counter-attacking game. That achievement during that season was great. Humans are ready to adapt, they just have to want it."

The second season in the second tier was a huge success as Berner delivered a remarkable top-half finish that included an away win over Grasshoppers. "Things clicked," he says, "and there were wins that we did not expect. To keep that flow going was fantastic."

The pandemic brought budget cuts and the loss of key players but Kriens still managed to stay up last season too. "It was a triumph of team bonding, togetherness and cohesion." 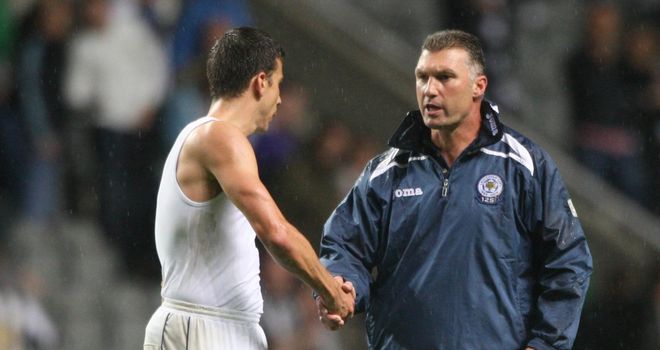 Echoes, perhaps, of the spirit forged at his old club Leicester, English football's great overachievers of the past decade. Berner was working in that marketing job when his former side lifted the Premier League title in 2016. He felt nothing but pride.

"I felt so lucky that for a short time I was part of Leicester's history," he says.

"I remember when King Power came in. They had an idea to go to the Premier League and not to be a team battling relegation. This is exactly what they have done. The title win was a miracle and a lot of things came together but the foundation was there. Now they have won the FA Cup. This is not a coincidence. These things do not just happen."

Berner still recalls the game for Blackburn against Coventry in the FA Cup, a 4-1 defeat, that caught the attention of Leicester's scout Steve Walsh. "I played in three different positions. Somehow, he was impressed. I did not mention that I thought I was horrendous."

"But that was the start of a fantastic time for me. I loved every second of being a Leicester player and that foundation of their success was really built by Nigel during his first spell."

Nigel Pearson took Leicester to the League One title with Berner in midfield.

"Nigel and Craig Shakespeare decided they needed my qualities there, playing in front of the defence. Once we gained promotion I moved to full-back again because we signed Richie Wellens but in that league, in that situation, I was the right player and I loved it." 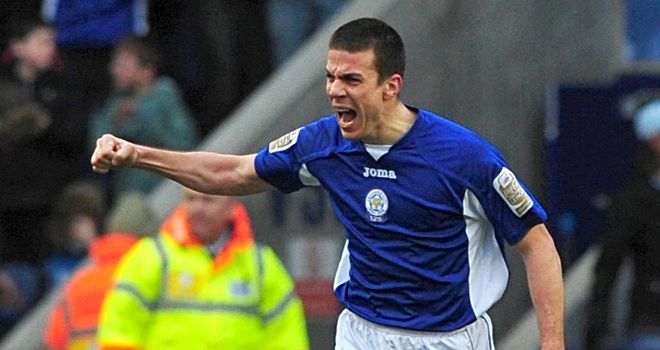 Not that adapting to English life was easy at first.

"In Switzerland, if you call an electrician they will say 3pm and they will be there at 3pm. You can organise yourself. In England, you stay at home from 8am to 5pm and then they do not come and they do not call you. Is this normal? I found out that it was."

The humour was tricky too. "My brother was working for Credit Suisse in London when I first arrived at Blackburn. He told me to leave that Swiss guy back home because you are in England now. I was not used to the banter. The black humour, I love it."

His time at Kriens having come to an end, Berner is open to the idea of returning to England at some point, but his next role is one that excites him. As Switzerland's new U19 coach, he will be preparing the team to face England in November's European qualifiers.

His journey to the role has been a unique one.

"I don't have the medal to show for it but in terms of the experience of developing the team it has been amazing. With the tools I have now, I am looking forward to the next challenge."

There are no plans for a return to marketing just yet.