Inside football's transfer revolution: How TransferRoom is changing the way teams do business all over the world

Find out how and why TransferRoom, football's digital marketplace, is quietly revolutionising the game's global transfer market - and further change is on the way 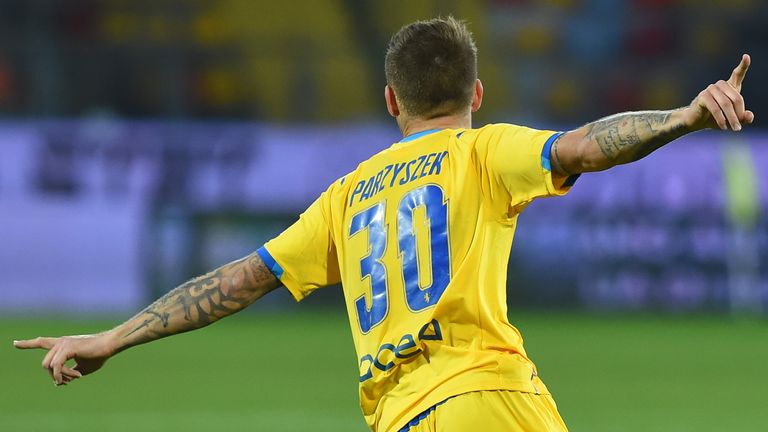 When the pandemic came, businesses had to adapt and video calls soon became the norm. But football, an industry that is notorious for being all about who you know, had long relied on face-to-face networking. How would the game adapt to this new world?

By 2017, a young Danish man named Jonas Ankersen had identified a problem. The transfer system was not working. Valuations were off and it was having major consequences.

"I had seen how clubs had found themselves in financial difficulties and turned to rich investors to bail them out," Ankersen tells Sky Sports. "When I looked into the reasons behind this, it became clear that a key problem was the transfer market.

"Football's player trading was much less transparent and efficient. Bad, expensive decisions were being made because everyone involved was suffering from a lack of accurate information about what opportunities existed and where."

Ankersen had a vision. He launched TransferRoom, an online subscription platform showing clubs which players are available for transfer and facilitating communication between them.

It allows clubs to cut out the middle men and even pitch their players to potential buyers. In the sometimes murky world of transfer dealing, TransferRoom brought clarity.

As Martin Hollaender, chief financial officer for Mexican group Orlegi, explains, it opened up the football world. "It means you can talk confidentially and you can talk directly," he tells Sky Sports. "If you want to talk to Roma or Manchester United tomorrow, you can."

Tiago Pinto, Roma's general manager, claims to have done four of five deals through the site. Leeds United's director of football Victor Orta did five in just one summer. Rangers sporting director Ross Wilson reveals that the site is open on his desk every day.

Frank Arnesen, Feyenoord's technical director, credits TransferRoom for helping to arrange the loan signing of Krasnodar defender Uros Spajic when time was of the essence. Some claim moves that would previously have taken months are being concluded in days. 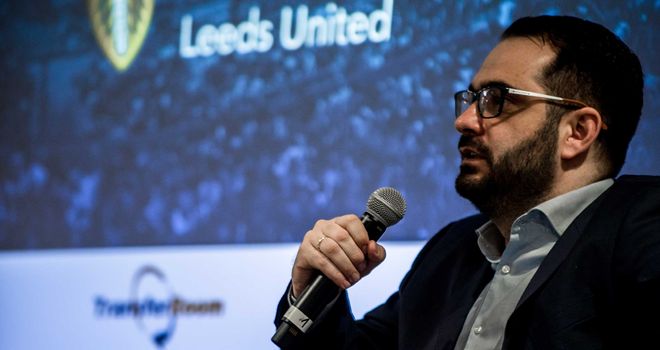 The meetings arranged through TransferRoom have been likened to speed dating. Quickfire conversations between club representatives in which introductions are made, details exchanged and intentions made explicit. It works too. Ankersen's idea has taken off.

"There was always the potential challenge of some people in football being suspicious of technology and resistant to new ways of working. Old habits die hard. But I think because TransferRoom worked so well, so quickly, those barriers were quickly overcome.

"Clubs bought into it, there was a snowball effect in terms of attracting new members and it soon became something that decision makers use on a routine basis, not as a novelty." 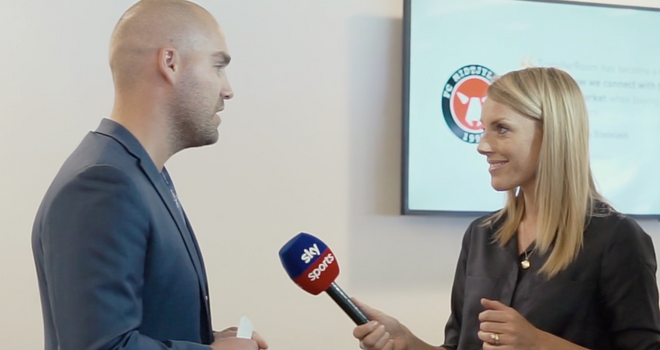 By last summer, over 500 clubs were using the platform, 13 in the Premier League. One year on, that number has risen to 16. It includes Manchester United and Liverpool, Premier League champions Manchester City and Champions League winners Chelsea.

For the biggest clubs, it is mainly used to help arrange loan moves for younger players. But in all, there have been 1247 deals done since a £3m move between two Championship clubs was conducted four years ago. That total is expected to pass 1500 later this year.

This is football's quiet revolution.

And, in this pandemic, it has been gathering in pace. 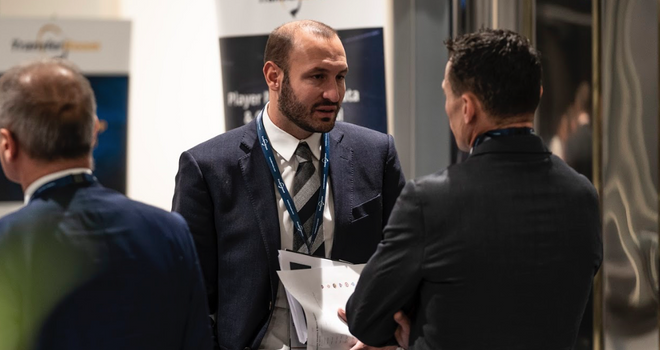 Claudio Chiellini, brother of Giorgio, and now the sporting director at Pisa, attending a TransferRoom event in his former role as loan manager at Juventus

"The Covid-19 crisis has undoubtedly caused a spike in the use of our services. It brought it home to clubs already involved, and many who were not, how vital it can be in saving time and money, especially at a time of financial pressure when travel is restricted.

"Without TransferRoom, some of the deals done during the pandemic would never have got off the ground. Some of our member clubs - AEK Athens, for example - used us to set up deals quickly in order to bring in some cash to help them weather the storm."

For Ankersen, it is satisfying to solve the problems that he had sought to address. The deals are getting bigger too. In August, Chidera Ejuke left Heerenveen for CSKA Moscow in a £10m move. "It is a big thrill when you see the platform being part of something like that."

It is a deal that might not have happened before and illustrates the global vision that TransferRoom is helping to realise. "The whole point is that it is a complete ecosystem that enables clubs of all different sizes, from different countries, to work together," he adds. 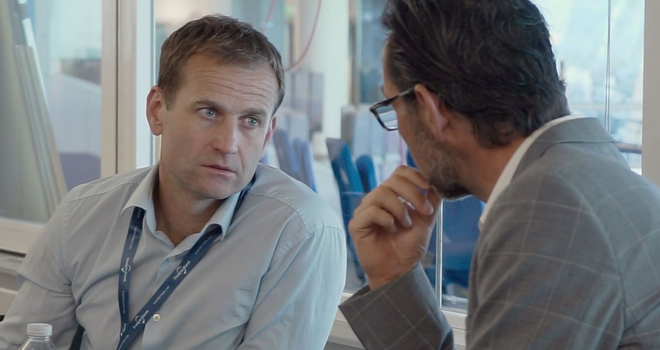 This is the next phase of TransferRoom's development. Part of its appeal had been the absence of player representatives. No agents, no distractions, as one executive puts it. But there is an acceptance now that they too have a role to play. Transparency will be key.

"What many people do not realise is that 75 per cent of transfers involve players who are out of contract. That means their last club simply is not involved - and probably not interested - in finding them new opportunities. It is down to the player's agent to do it.

"Players need agents to look after their interests. But to do so effectively, agents need up-to-date, accurate information about what player profiles clubs are targeting. In turn, clubs need to know who really represents a player, rather than having to trust people who just claim they are the ones with whom negotiations should be conducted.

"By bringing agents into the TransferRoom ecosystem we will be making it easier for clubs to find the right players at a time when the cash for big-money transfers is not available."

The move is a little controversial because the absence of agents had been considered part of the platform's unique selling point. But Ankersen is confident that by allowing only verified agents, it will lead to more deals being done more easily.

It is a significant step towards TransferRoom becoming essential.

"Of course, the more clubs that use it, the bigger the network that everyone - clubs, agents and players - can tap into and make deals happen.

"We want to build a complete solution for everyone involved in the transfer market, so they have real time access to all necessary market data. We want to make TransferRoom as important to them as Bloomberg is to a financial trader."

That became a little bit closer this week.

On the face of it, a season-long loan move from Frosinone to Pogon Szczecin for uncapped 27-year-old striker Piotr Parzyszek might be regarded as an unremarkable transfer. But the Pole's move became the first to be instigated by an agent on TransferRoom.

Pogon were surprised to discover that Parzyszek was available. They found out when the player's agents - Forza Sports Group - pitched him to them. In need of a new forward with their European campaign kicking off on Thursday, they decided to act quickly.

It took only 15 minutes for them to respond. The deal was done soon after.