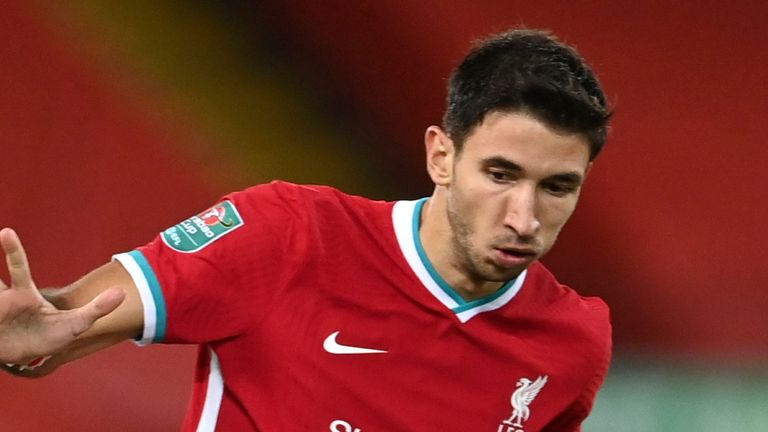 Grujic spent the 2020/21 season on loan with the Portuguese side, making 39 appearances and scoring two goals.

In their statement confirming the 25-year-old's departure, Liverpool said: "Everyone at Liverpool FC thanks Marko for his contributions to the club and wishes him the best in his future career."

Liverpool were understood to value Grujic - who was part of their pre-season training camp in Austria - at around £13m.

Serie A side Sassuolo were also interested in Grujic, with midfielder Manuel Locatelli possibly leaving the club this summer.

The Serbia international was Jurgen Klopp's first signing at Liverpool after replacing Brendan Rodgers as manager.

He agreed a move to Anfield in January 2016 and arrived at the club from Red Star Belgrade later that year.

However, Grujic failed to establish himself in Klopp's first team and made just 16 appearances for Liverpool during his five years at the club.

Instead, Grujic spent much of his time on loan, including spells with Cardiff and Hertha Berlin, as well as Porto.

Liverpool centre-backs Virgil van Dijk and Joe Gomez both "look really good" as they build towards comebacks from long-term injuries, Klopp has said. The duo are working on their fitness at Liverpool's pre-season training camp in Austria.

Klopp told the club's website: "Virg and Joe will not have double sessions now for the first few days with the team. They have a second session of the day but it's with the rehab department, physiotherapy - these kinds of things.

"That's for these two. [They] look really good. I don't know exactly when we can make the next steps but it will happen in the next four weeks. For sure, we will get a big step forward."