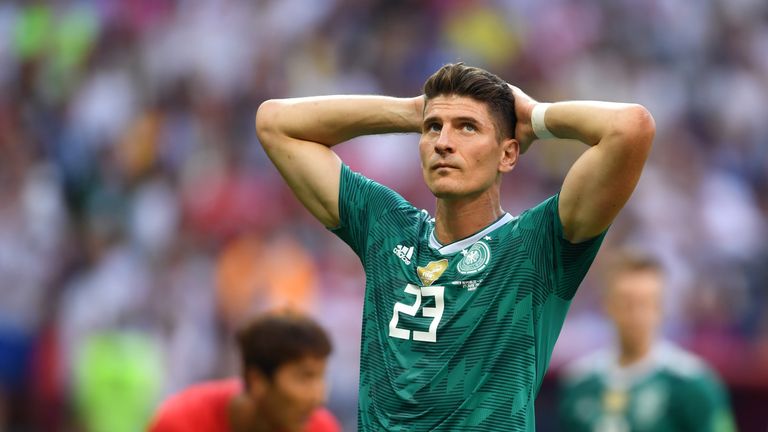 Germany crashed out of the World Cup on Wednesday

Germany have become the fourth European World Cup winner in a row to see their title defence fall at the first hurdle.

The 2014 champions finished bottom of Group F with a 2-0 defeat to South Korea on Wednesday.

Germany are unaccustomed to such failure - this is the first time they have been knocked out in the first round since 1938.

But it has become a familiar story for defending champions from Europe.

Since a unified Germany followed up West Germany's 1990 World Cup win with a quarter-final run in 1994, every champion from this continent has failed to escape the following group stage.

Here, we take a closer look at this remarkable pattern...

After a memorable victory over Brazil in Paris in 1998 had been followed by Euro 2000 success, France went to Japan and South Korea with great expectations.

However, an inspired Senegal, playing in their first World Cup, shocked them with a 1-0 win in Seoul. "France will go to the second round," said boss Roger Lemerre - but he was wrong. 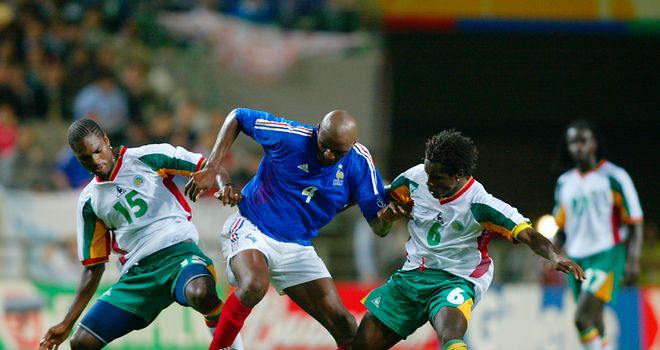 France were overpowered by Senegal in 2002

A frustrating 0-0 draw with Uruguay piled on the pressure and a 2-0 defeat to Denmark sent the champions packing. Bottom of their group, without a win, without a goal.

It was the first time the holders had been eliminated at the first round since Brazil in 1966 - but, as we will see, it wouldn't be the last...

Marcel Desailly, captain: "It's really something terrible because it doesn't happen that the world champions go out in the first round. We still have the best players but something was broken in the machine."

Patrick Vieira: "I think we got what we deserved. Maybe the commitment wasn't enough and that's why we didn't win games we should have done."

A penalty shoot-out victory over France at the 2006 World Cup had seen Italy crowned champions for a fourth time - but their defence was an embarrassing one.

The Azzurri finished bottom of their group in South Africa, below New Zealand. They had followed up their opening 1-1 draw with Paraguay with the same result against the Kiwis before losing to World Cup first-timers Slovakia 3-2. 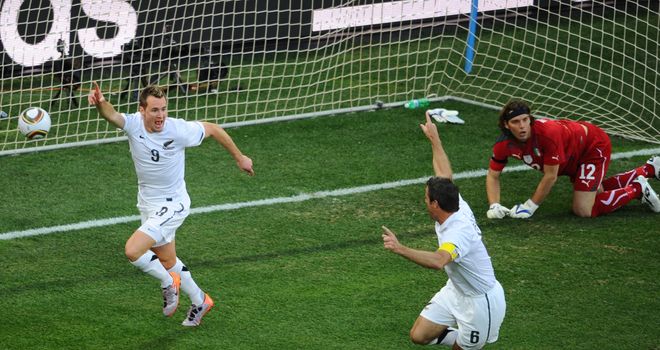 Shane Smeltz scores for New Zealand against Italy in 2010

It was the first time Italy had failed to win a match at a World Cup.

Marcello Lippi, manager: "I take full responsibility. If a team shows up at an important game with terror in its heart and head and legs, it must mean the coach did not train them as he should have done. I thought the men I chose would have been able to deliver something different but obviously I was wrong."

Spain's World Cup win in South Africa came at the height of their international dominance. They won European Championships either side of their maiden World Cup triumph - but the empire came crashing down in Brazil.

They had beaten the Netherlands in extra-time in the 2010 final but the Dutch got their revenge in style with a 5-1 thrashing in the opening game of Spain's defence. 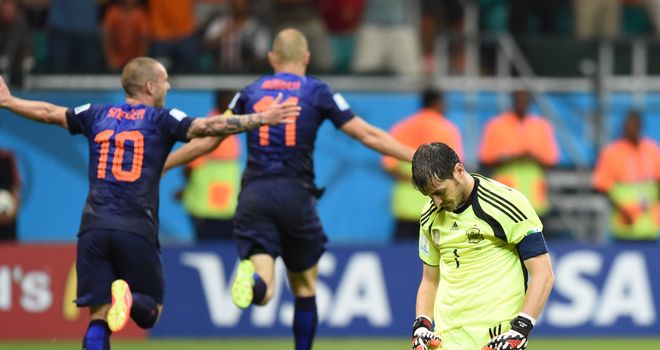 The Netherlands thrashed Spain 5-1 in Brazil

With Iker Casillas making uncharacteristic errors and the players in front of him all at sea, Spain then fell to a 2-0 loss to Chile which knocked them out of the competition.

A 3-0 win over Australia couldn't save face - Spain's reign was over.

Vicente Del Bosque, manager: "If they had told me that we would be in this situation before we arrived in Brazil, considering how the players were training and how focused they were, I would have thought it was impossible."

Germany were crowned world champions for a fourth time in Brazil - but Joachim Low's men were a different team in Russia four years later.

Whether age, motivation or selection was the problem, Germany finished bottom of their group. 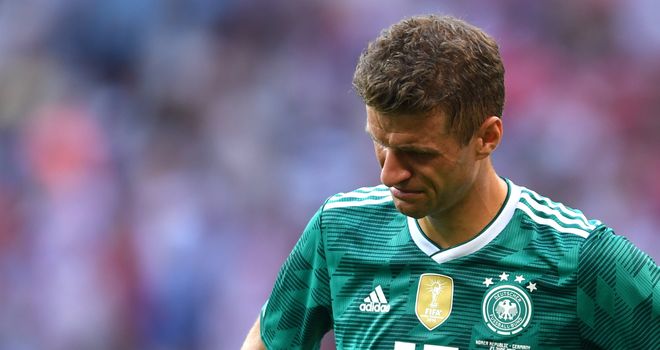 They were shocked by Mexico in their opener and, although a late Toni Kroos free-kick revived their hopes against Sweden, a poor display was punished by South Korea.

Never before have they been knocked out of a first-round group stage.

Joachim Low, manager: "All of German football has lost not just a match, but everything we have built in the last few years. We say sorry."