Nicolas Pepe: All you need to know about Arsenal's new record signing

Ivory Coast international has joined Arsenal for around £72m 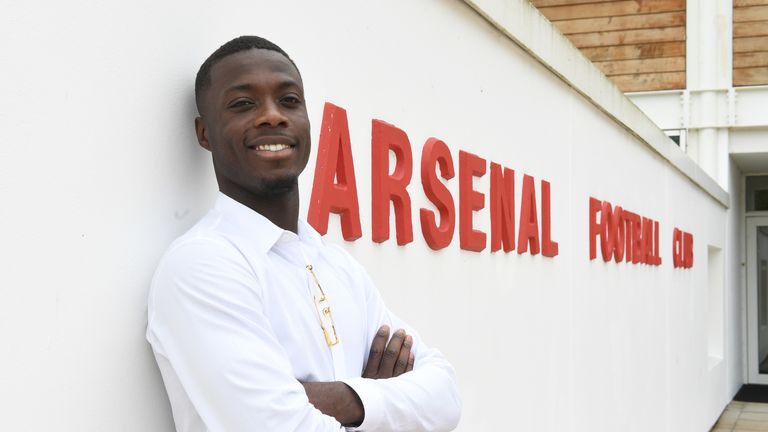 Nicolas Pepe has joined Arsenal for a club-record fee 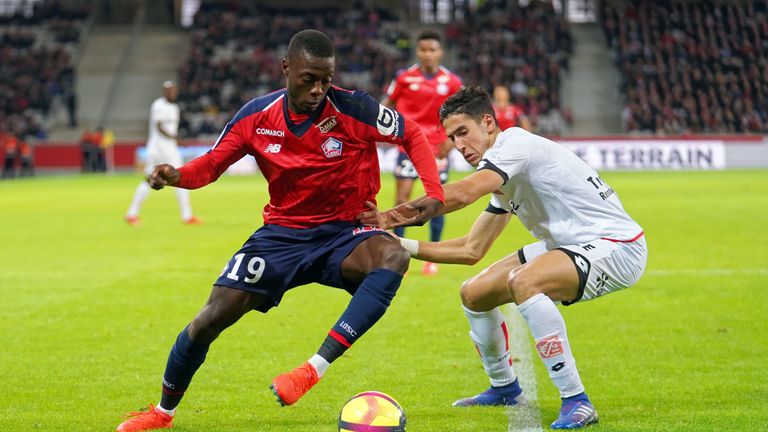 After a standout season in Ligue 1, Nicolas Pepe has completed a big-money move to Arsenal from Lille. So why was he in demand?

Manchester United were linked with Pepe, but the Gunners have snapped up the 24-year-old, breaking their transfer record in the process.

Here's all you need to know about the talented attacker…

After impressing in France's lower leagues with Poitiers and later, while on loan at Orleans, Pepe helped Angers reach the French cup final in 2016/17 at the end of a promising campaign in Ligue 1 and was snapped up the following summer by Lille. 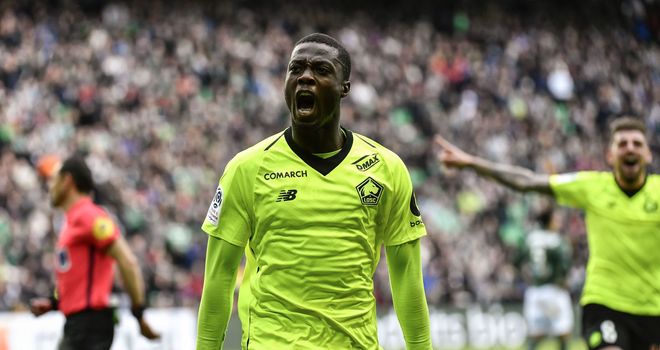 Lille boss Marcelo Bielsa was sacked by December 2017 with the club fighting relegation but despite the team's struggles that season, Pepe made an instant impact, scoring 13 times and recording four assists.

It was a sign of what was to come and, in a much-improved Lille side Pepe had a brilliant 2018/19…

Why he's caught the eye

The pacy, left-footed winger proved he also has plenty of end product last season, scoring 22 times in Ligue 1 and racking up 11 assists as Lille finished second in the table behind Paris Saint-Germain. While nine of those goals came from the penalty spot, Pepe's trademark finish has become a left-foot finish after cutting in from the right wing.

The highlight of Pepe's season may well have been his goal and two assists in the 5-1 demolition of PSG in April and only PSG's Kylian Mbappe (33 goals) scored more than the Lille ace during that campaign. 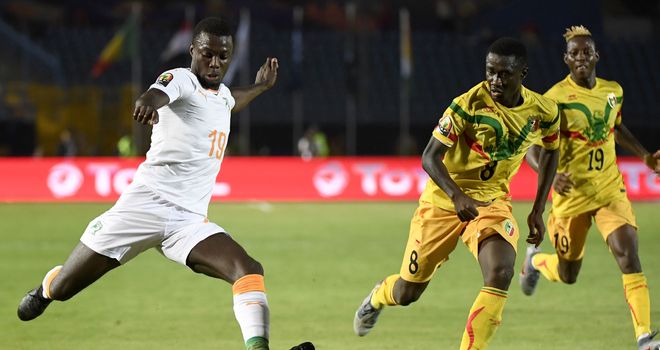 Pepe - who went on to help Ivory Coast to the quarter-finals of the Africa Cup of Nations this summer - picked up the club's player of the season award and earned a spot in the Ligue 1 team of the year frontline, alongside Mbappe and his PSG team-mate Neymar.

Where will he fit in?

At Lille, Pepe has been at his best playing on the right side of the attack, where he can cut inside onto his left foot.

He is a forward-thinking player and his speed means he is also a huge threat on the break. 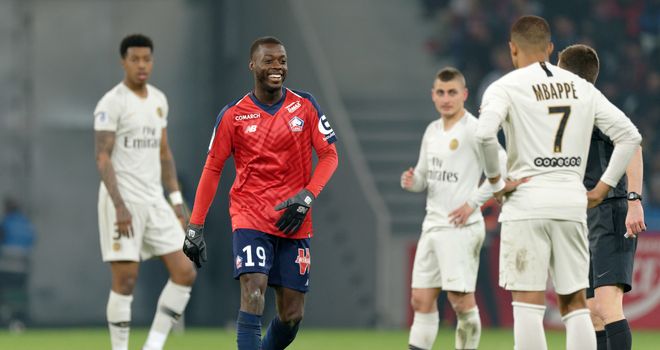 Arsenal already have pace in attack with Pierre-Emerick Aubameyang, but adding Pepe could give them even more cutting edge.

To utilise both Aubameyang and Pepe, Unai Emery may turn to a 4-2-3-1 formation and play them either side of Alexandre Lacazette. That would leave room for Mesut Ozil in the middle and then two more defensive-minded players behind.

"On his day, he's a genuine world-beater"

Tom Williams, a football journalist specialising in French football, says a positional switch made by current Lille boss Christophe Galtier has helped bring the best out of Pepe...

"Lille surprised everyone in France by finishing second behind Paris Saint-Germain last season and Pepe was the symbol of their success, scoring 23 goals across all competitions and emerging as one of the most exciting players in European football.

"He initially played up front for Lille under Marcelo Bielsa, but never really looked comfortable there. Since Galtier moved him to his preferred right-wing role after succeeding Bielsa in January 2018, he has been nothing short of scintillating.

"A quick, lithe attacking player, Pepe specialises in barrelling runs from deep positions. Several of his goals last season saw him pick the ball up in midfield and surge past defenders before finishing coolly with the inside of his left foot.

"He's at his best with space to run into, but his speed of thought and the sharpness of his finishing mean he poses a threat even against tightly packed opposition defences. 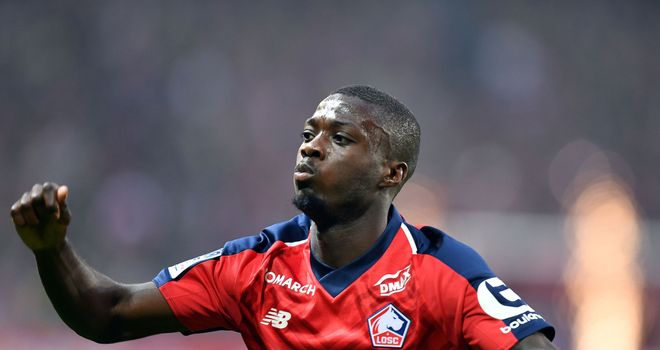 Nicolas Pepe is in demand this summer

"He didn't live up to expectations at the Africa Cup of Nations, which suggests that he's still developing as a player, but on his day he is a genuine world-beater."