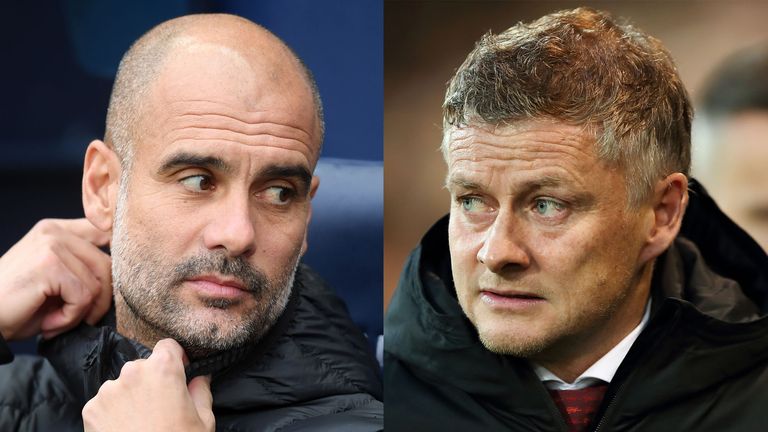 Ahead of the Manchester derby, live on Saturday Night Football on Sky Sports Premier League, we run through the main selection dilemmas facing Pep Guardiola and Ole Gunnar Solskjaer. 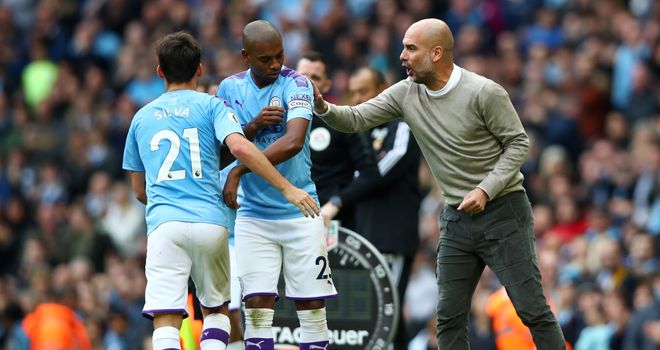 All of Fernandinho's appearances have been at left-back this season

Guardiola will not play John Stones and Nicolas Otamendi together in the centre of City's defence - the pair have not played together since the 3-2 defeat by Norwich, while Otamendi himself has only played one Premier League minute since the 2-0 defeat by Wolves.

City's defensive performances in those two games seemed to be the straw that broke the camel's back, but this conundrum is becoming a stick for Guardiola's critics to beat him with.

Asked earlier this week why he won't pair Stones and Otamendi, who together cost City £80m, Guardiola answered: "Because I like Fernandinho in that position." 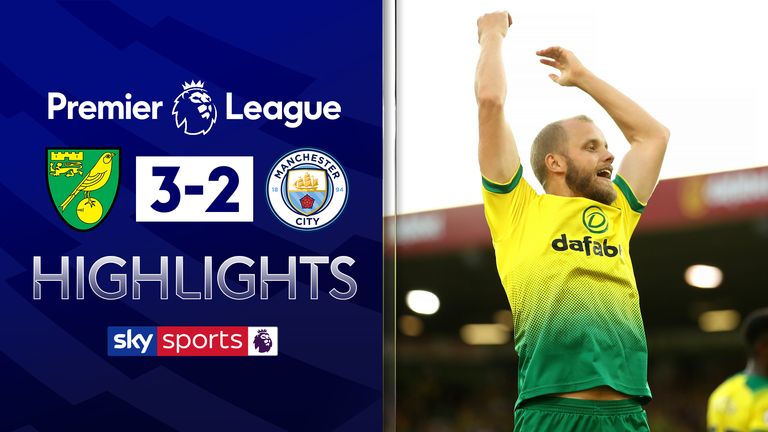 Fernandinho has said he's happy to "help" at centre-half - all 16 of his appearances this season have been there - but there is a feeling that he is being missed in midfield.

With Aymeric Laporte still two months from a return, and Guardiola already insistent that City won't spend in January, this argument will run and run. Will he end it and push Fernandinho forward on Saturday? With Ilkay Gundogan back from suspension and Rodri impressing against Burnley, he'll feel there's less of a need. 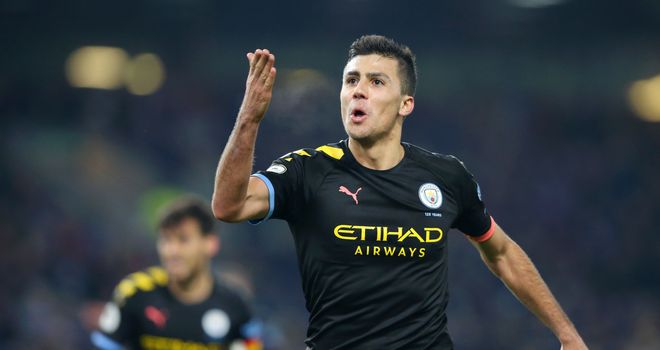 Rodri impressed in the victory at Burnley in midweek

Guardiola went for Gundogan over Rodri in the draw at Newcastle, with the latter lacking some fluidity since his return from injury early in November. But that seemed to reinvigorate Rodri; he was superb as he returned for the 4-1 win at Burnley when Gundogan was suspended.

There are doubts over Gundogan's mobility as a midfield stopper, but starting him over Rodri does allow both David Silva and Kevin De Bruyne to start in their more traditional No 8 roles together.

The pair actually played together in the recent defeat by Liverpool and draw against Shakhtar, but it is more likely it will be one or the other against United.

City have won all five of their games that Gundogan hasn't started, and their win percentage with the German starting is just 50 per cent, compared to 63 per cent when Rodri starts. It would be a surprise to see Gundogan start on Saturday Night Football, but Guardiola never goes by the book... 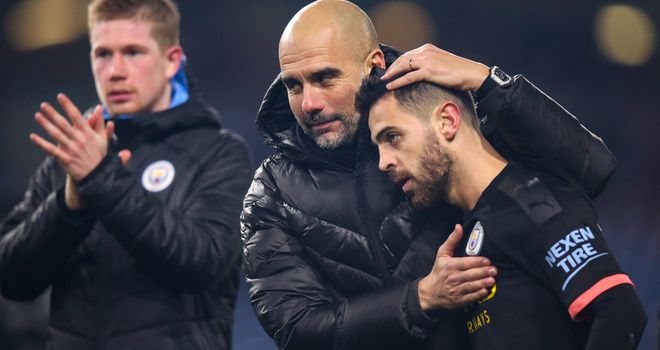 Riyad Mahrez has proved to be more than just a useful option for City this season, scoring vital goals in the wins over Everton and Chelsea. In recent weeks before the win at Burnley, he had replaced Bernardo in the starting line-up.

Bernardo has been under-par by his standards this season, but the decision to start him on Saturday would see a slight change of shape that seemed to work at Burnley. With Mahrez scoring late on for City at Turf Moor, the selection headache reared its head again.

Guardiola will have done his homework on United's left-back options - Brandon Williams, Ashley Young or Luke Shaw - and will choose accordingly, but Bernardo is more of an inverted winger, while Mahrez is happier to hug the touchline. 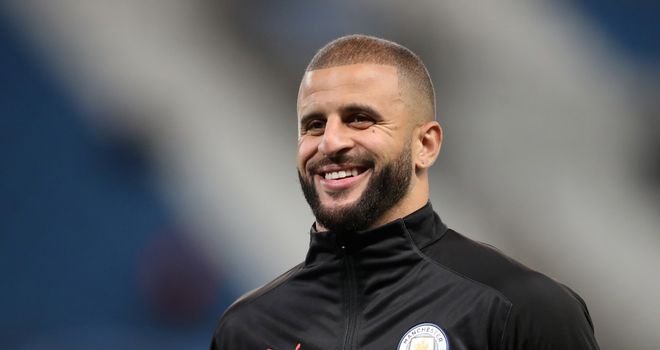 Kyle Walker (pictured) and Joao Cancelo have rotated this season

With Joao Cancelo and Kyle Walker on a constant rotation in recent weeks - neither have been able to keep the other out of the side for longer than two games - consistency and flow has been lacking.

Walker showed his strength at both ends against Burnley as he bombed on well while keeping Dwight McNeil quiet. But Cancelo has created more chances per 90 mins, made more dribbles, more crosses, more tackles and won more games than Walker in the Premier League this season, and by quite some distance.

At left-back, Benjamin Mendy has had a torrid time since his return from injury, but the consensus is to give him a chance to rediscover his form.

Oleksandr Zinchenko is back in full training following injury, but it is unlikely Guardiola will throw him back in, while Angelino slipped in just fine at Turf Moor.

Jesus starts, or Sterling through the middle? 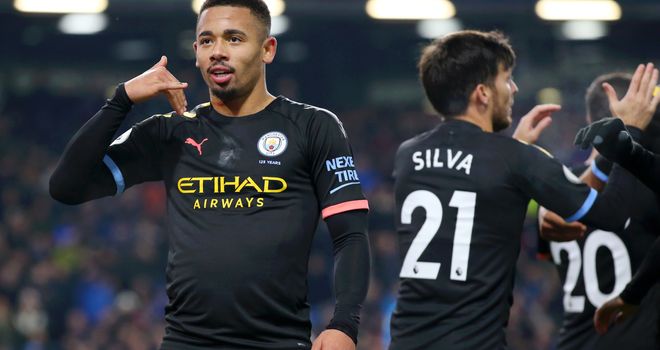 Gabriel Jesus was back in the goals on Tuesday at Burnley

With Aguero out through injury, Gabriel Jesus should keep his place up front, but could Guardiola spring up a huge surprise by starting Sterling through the middle instead?

It's unlikely, given Guardiola has not experimented with this since the Community Shield win over Liverpool, and Jesus was back in the goals with a fine double on Tuesday, having gone eight games without a goal. 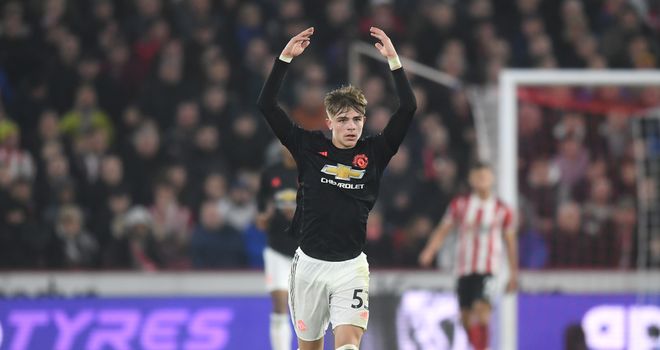 Brandon Williams had been preferred to Ashley Young at left-back in recent weeks, holding his place in Sunday's 2-2 draw with Aston Villa having impressed in the weeks before, but on Wednesday against Tottenham, Young got the nod and was solid enough.

Williams, 19, is undoubtedly one for the future, but for now United are desperate for back-to-back wins to force them out of a rut. The versatility and discipline of Young may be preferred to cope with Sterling and co on Saturday.

Though considered first-choice left-back, it would be a surprise to see Luke Shaw starting a game of this magnitude, having only recently returned from injury. But don't rule it out completely; Solskjaer has been easing him back, bringing him on as a sub against Villa and Tottenham. 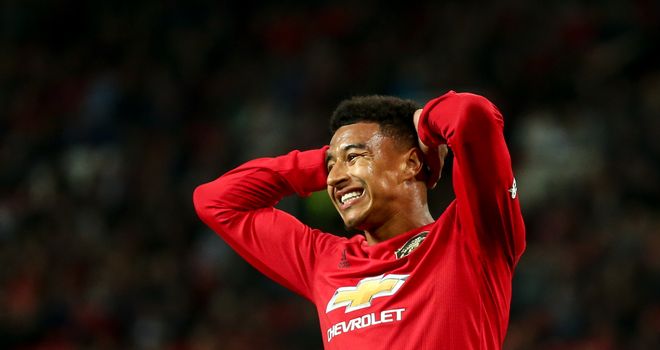 Scott McTominay has been one of United's better performers this season, and the Scot returned against Spurs to play alongside Fred and Jesse Lingard in midfield.

Solskjaer may be tempted to play a five-man defence - he opted for this system in the 3-3 draw with Sheffield United, the 2-1 Carabao Cup win at Chelsea and the 1-1 draw with Liverpool - which has a knock-on effect on the midfield and would likely also mean Lingard keeps his place if Anthony Martial doesn't start after injury.

Starting Lingard, who is without a goal or assist in 24 Premier League appearances, would be another huge show of faith from Solskjaer.

There's plenty for Solskjaer to ponder in a midfield and attacking sense, not least how United can defend from the front to keep City at bay, but having McTominay back is a huge plus. He brought a much-missed physical presence against Spurs, and has won more duels (102) and registered more possession gains (102) than any other Manchester United player this season. 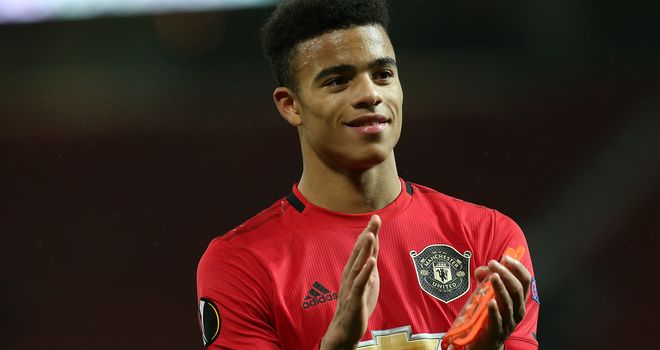 Mason Greenwood made his first Premier League start against Tottenham

Mason Greenwood was finally handed his first Premier League start against Tottenham, and if Martial doesn't start, it's likely the 18-year-old will be given the nod again.

Though he tired as the game wore on on Wednesday, Greenwood brings a different option to Martial, who looked devastating on his return from injury against Norwich, but has since seen his form drop.

Greenwood's presence also allows for Rashford to pick up the ball deeper, which helped the England forward to run the game against Spurs. Most of United's attacks came down the left, and with City's uncertainty at full-back, this could be an area where the visitors capitalise at the Etihad.