"The Frenchman may have only scored once this season but he's a serious goal threat. In his last five appearances away from home, he's registered nine shots on goal and had 21 touches in the opposition box" 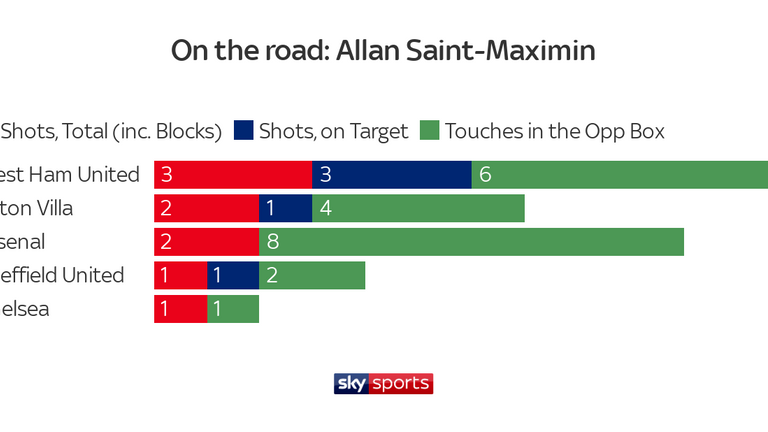 What betting opportunities are out there? If anyone knows, Jones Knows.

Friday 13th - how does that date make you feel? Don't worry, it's certainly acceptable to deem this day in the calendar unlucky for some. But I'm here to put that nonsense to bed.

Friday 13th is in fact the luckiest day of the year. I'm flipping that narrative.

Like all my tips, it's well-researched and from the heart - here's my argument.

Me and Mrs Jones Knows are notoriously lucky people. We have a life full of health, love, and happiness. But one area has caused us issues for the last three years - our ability to conceive.

Who knew trying to create a new life was so difficult?

Our lucky day. Mrs Jones Knows is now just over 12 weeks pregnant and a healthy baby is happily fidgeting away inside, seemingly agitated at the thought that I will be its father. All the best, kid.

For those struggling like we were, keep hope, keep believing. There is light at the end of the tunnel.

With the impending arrival of another human to feed, last week's 9/2 winner involving a Burnley win at Southampton was a welcome boost. Of course, I still wasn't fully satisfied as we were inches away from an 18/1 winner. We were on Ben Mee scoring at 18/1 but despite him slamming home after Ashley Westwood's freak corner was scrambled away, the ball had already crossed the line.

Maybe I have used up all my luck for the next 12 months - and I could not care less if I have.

Remember, whatever I tip, I back. We're in this together. Do check out the Profit & Loss record for full clarity on the results. Current returns are: +12.5.

1pt on Allan Saint-Maximin to score first in Crystal Palace vs Newcastle (16/1 with Sky Bet) - add bet to your betslip here!

If you were selecting a maverick Premier League XI, then Allan Saint-Maximin would be the first name on the teamsheet. He's a box of tricks that can blow hot and cold at times but one thing he does possess is genuine quality in the final third and Steve Bruce has employed a tactic that makes him the key man in their attacking patterns.

The winger is basically the only Newcastle player given any freedom to concentrate on attack and his influence, especially away from home, makes him a huge player in the goalscoring markets this weekend up against Crystal Palace.

Saint-Maximin is absolutely crucial for Bruce - without his speed, trickery and quality, Newcastle carry about as much threat as taking a feather duster to a fistfight. In seven games without him away from home, Newcastle have failed to win this season. However, with him in the team, they have picked up maximum points in three of their six matches.

The Frenchman may have only scored once this season in the Premier League but he's a serious goal threat away from home. In his last five appearances on the road, he's registered nine shots on goal and had 21 touches in the opposition box with eight of those coming in their Super Sunday defeat against Arsenal where Newcastle played well for large periods. 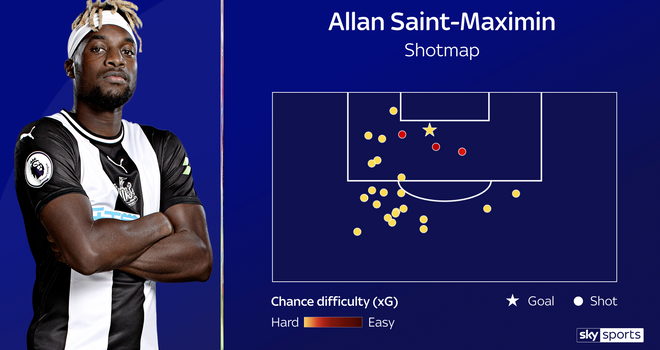 The 4-0 scoreline was very harsh on Bruce's boys as they attacked cleverly through Saint-Maximin on the break and he came inches away from scoring with a curling strike from 20 yards that rattled the post. 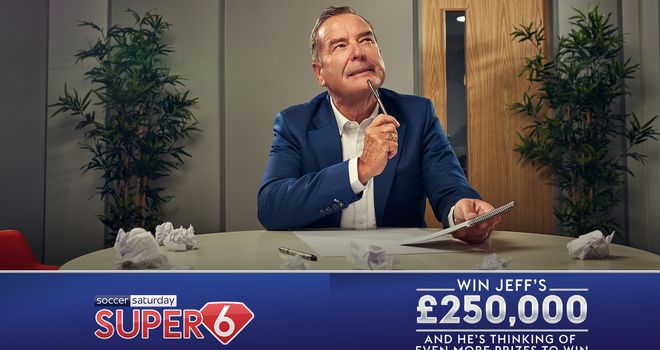 The 16/1 for him to fire first against Palace is a gigantic price - you won't find bigger odds out there in the betting jungle as Sky Bet have gone industry best price.