From Man City's stunning win at Real Madrid to Chelsea's lesson at the hands of Bayern Munich, we round up the talking points from the midweek European action...

De Bruyne turns on the magic for Man City There were Pep Guardiola's bold, brave and unusual team selections and tactics. There was the selfless performance of Gabriel Jesus on the left wing before his equalising header. And there was the thrilling cameo from Raheem Sterling, who won the match-winning penalty. But Manchester City's historic win at the Bernabeu owed so much to the brilliance of Kevin De Bruyne.

He crafted City's first with his pinpoint clipped cross and, after so many of his team-mates had failed from the spot in recent weeks, he took the responsibility to slot home the winner from 12 yards. They were key moments and City's key man stepped up. For the first time he scored and assisted in the same Champions League match.

He was brilliant throughout. Fielded in an unfamiliar false nine role, De Bruyne had fewer touches than usual but when he was on the ball he linked the play and dropped into pockets of space to thread passes through for City's runners. His passing was immaculate, looking after City's hard-fought possession.

Cool, calm, composed - the mentality which allowed him to score the decisive penalty also saw him measure his celebrations when the ball hit the net and speak of half a job done after the match. He knows there's a long way still to go - but thanks to De Bruyne City have a fantastic chance of reaching the quarter-finals.
Peter Smith Connor Goldson was a defensive rock for Rangers in Portugal

Rangers produced a disciplined and hard-fought performance to knock out Braga and reach the Europa League last 16.

Their opponents boasted an impressive record in the competition this term, topping a group containing Wolves as well as being the highest-scoring team with 17 goals.

But they were brilliantly shackled by Rangers, who have now conceded just seven goals in eight Europa League away games this term. It was their defensive solidity which helped them reach the last 16 for the first time since 2011.

After the below-par display in the 2-2 draw with St Johnstone last weekend, Gerrard revitalised his players and this was much more like the Rangers from before the winter break.

Gerrard admitted he "would be on the next one" after Rangers missed a sixth penalty from their last 10 attempts, but it was the only blemish on a memorable evening for the Ibrox club.
Ben Grounds 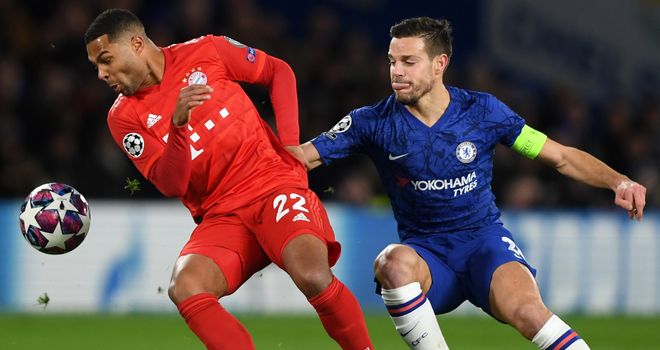 Under Frank Lampard, Chelsea are aspiring to be back at the top of the football pyramid and winning multiple titles. But in their 3-0 defeat to Bayern Munich, there was a clear gulf in class.

From the outset, Bayern had more possession and the better chances, with Willy Caballero called into action three times in the first half to stop Robert Lewandowski while Thomas Muller headed an effort onto the crossbar. After the break, Bayern kicked into high gear and oozed class. Serge Gnabry scored two exquisite goals, having now scored six times in two visits to London this season and clearly enjoys his return trips to the city.

Lewandowski added the third and proved throughout why he is one of the best strikers in Europe right now, with Thomas Muller also demonstrating that he still has some gas left in the tank. A word must also go to the hugely impressive Alphonso Davies, who showed off some incredible speed and maturity for a 19-year-old.

Yes, Chelsea had their chances, but they all seemed to follow the same pattern - a fizzing cross into the area that went unconverted. You struggle to recall anything different and despite holding strong in the first half, it took one slip from Cesar Azpilicueta to allow Gnabry forward and it was all downhill from there, culminating in Chelsea's heaviest home defeat in Europe.

To use a grand football cliche, they now have a mountain to climb in Munich. Chelsea will be without Jorginho and Marcos Alonso, and who knows whether Christian Pulisic and N'Golo Kante will be fit by then. What we do know is that Tuesday's game shows there is still a long way to go before Chelsea can truly compete again with Europe's elite.
Charlotte Marsh 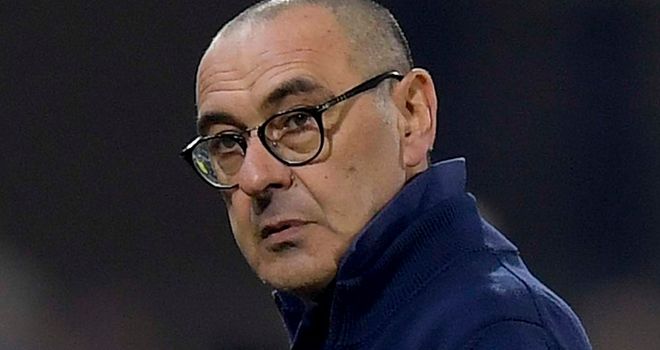 Wednesday morning's edition of Italy's Gazzetta dello Sport ran the headline "Sarri's revolution has not failed". Topping Serie A, sailing into the Champions League last-16 and having one foot in the Coppa Italia final is not proof enough of your worth to succeed with the country's proudest club, with questions already being asked of the man only appointed to the top job last summer.

Two defeats from five in Serie A have made life less comfortable for Sarri, so too a notable lack of the flowing football which was meant to follow Max Allegri's pragmatism.

"Will the Champions League knock-outs be the right time to finally see a brilliant Juventus?" the article continued. If that was the hope, the reality was very different.

Facing a Lyon side who barely made it out of the group stage, Sarri's men were outfought, outrun and - most worryingly - outthought in east France and could not argue about finding themselves on the wrong side of a 1-0 defeat. Only one other side has stopped Juve from scoring this season, but none has managed to escape without conceding a shot on target against a frontline including Cristiano Ronaldo.

The questions of Sarri have been fairly minor to date but on one of Juve's poorest European nights in some time, they will be growing. A repeat performance in Turin in two weeks' time could see the pressure begin to rise on the ex-Napoli boss, regardless of Juventus' achievements elsewhere.
Ron Walker

All eyes on Messi, but he needs a helping hand The stage was set at the San Paolo for Lionel Messi to put on a show in the stadium that was once graced by Diego Maradona. But having scored just twice in five games during the group phase, Barcelona's talisman extended his barren run on Italian soil to six games.

For Napoli, there is no comparison between Messi and Maradona. After leaving Barcelona, the latter led Napoli to their only two Italian league titles, in 1987 and 1990. He also helped the club win the 1989 UEFA Cup.

Messi admitted he had been relishing the chance to play at Napoli's iconic ground for some time, while opposition manager Gennaro Gattuso had lavished praise on the Barcelona forward, telling reporters: "I see what Messi does when I play PlayStation with my son."

Gattuso's containment job on the six-time Ballon d'Or winner was reflected in the first-half numbers - no Barcelona player recorded a lower passing accuracy (75 per cent). But the 32-year-old belatedly found his rhythm as Napoli began to tire, brilliantly evading two defenders on one occasion before selflessly playing in Arturo Vidal.

Messi was unable to add to his 114 Champions League goals, while he has now scored in just two of his last eight games - against Leganes and Eibar. For all this week's comparisons with Maradona, it is Messi who is in need of a helping hand.
Ben Grounds