Darnell Furlong tells Sky Sports about growing up with a footballing father and why he believes West Brom will prove their doubters wrong. Watch West Brom vs Chelsea live on Sky Sports Premier League HD from 5pm on Saturday; Kick-off 5.30pm 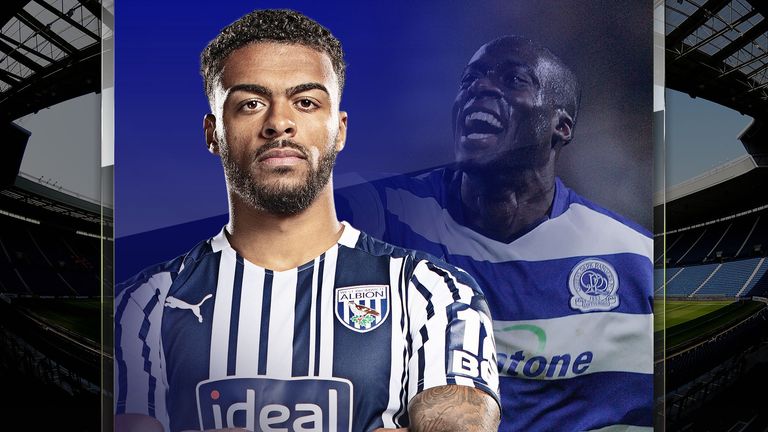 The West Brom right-back, son of former Chelsea and QPR striker Paul Furlong, is reflecting on his footballing upbringing as he prepares to follow his father's footsteps when he walks out against the Blues in the Premier League on Saturday. It is an evocative fixture for the Furlong family.

"People used to ask me what it was like having a dad who played football," Furlong tells Sky Sports. "Does he do this? Does he do that? But I didn't know any different. It was just a case of Dad going to work, me going to school, and then coming home. It was definitely a massive privilege - I don't take it for granted - but it was something that was normal to me."

If it felt normal, it is because that is how his father wanted it. Furlong, who came through the youth ranks at QPR before joining West Brom at the start of their promotion-winning Championship campaign last year, has been surrounded by football all his life but he was not pushed into it.

"I had a passion for it from a very young age, but I grew up knowing that it was entirely up to me what I wanted to do," he says.

"My dad used to say to me that if I didn't want to play football, it wasn't for everyone. He was very, very hands-off and I think that helped me.

"He was relaxed about it all and there wasn't any pressure for me to do well for him or anything. It was all about myself and what I wanted to do. 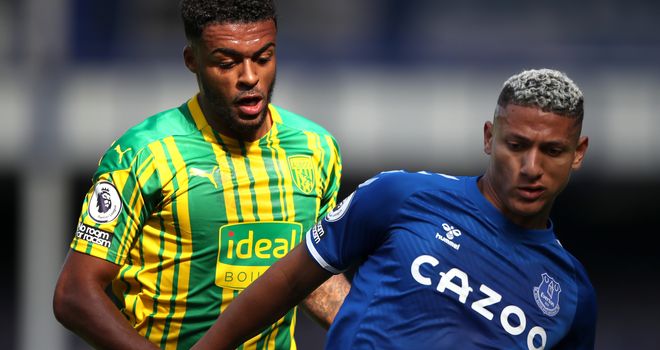 "Growing up as a kid, you play with people and sometimes you see parents who are more passionate than the children themselves.

"That can be difficult because the individual then ends up playing for their parents instead of themselves. You have to love it yourself. Sometimes, if there is too much pressure, a young player can lose that love."

His father, now an academy coach at QPR, maintains the same approach today.

"He helps me out with little things and talks to me about my games when he manages to watch them," says Furlong. "But it's never a case of putting me under too much scrutiny or doing analysis. It's more of a general chat over the dinner table, which is a nice way of having things."

It certainly seems to have worked for Furlong, a Premier League player for a second time at 24 having made his senior debut in the competition as a teenager at QPR in 2014. But the return to the top flight has not been straightforward for West Brom. A 3-0 loss to Leicester was followed by a 5-2 defeat by Everton in which they played an entire half with 10 men.

"We knew the level was going to go up," says Furlong. "We knew that the standard of the players and the quality of the games was going to be higher, so that hasn't shocked us.

"We have started really well in both games and played well for long periods, but some unfortunate things have happened during the games.

"We don't really care if people are saying we are going to get relegated. Whether people were saying it at the start of the season or whether they are saying it now, we're not too bothered"

"It's a bit disheartening not to come away from them with anything because, although we weren't good enough at certain points, we have been for most of the Premier League football we have played so far."

West Brom will need that positive outlook if the bookmakers' odds are anything to go by. Slaven Bilic's side are rated as one of the favourites for relegation following a modest summer in the transfer market. But Furlong insists he and his team-mates pay little attention to their doubters.

"I suppose that could act as a motivation, but in all honesty, we don't really care if people are saying we are going to get relegated," he says. "Whether people were saying it at the start of the season or whether they are saying it now, we're not too bothered. 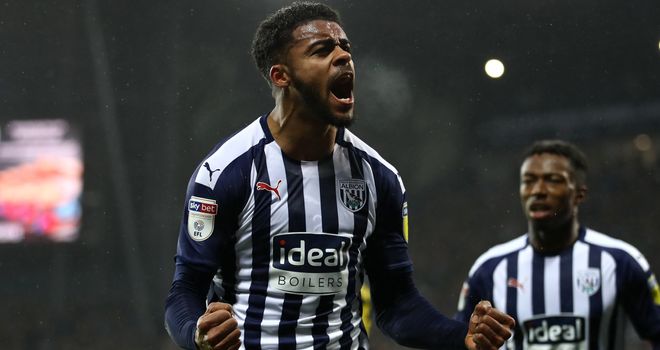 "A lot of people have spoken about us as being a bit of a yo-yo club, but I don't think we really are. Any team that gets up to the Premier League is looking to establish themselves, obviously, but I already see West Brom as a Premier League club. It's just about staying in the league.

"If we can do that, we will prove a lot of people wrong."

Perhaps unsurprisingly, given the identity of his father, Furlong started out as a striker before moving to full-back.

"It happened gradually," he says. "I joined QPR as a striker when I was very young but got moved about the pitch by different coaches at different ages. Sometimes it can be a case of being asked to play for the older age group, but there's only one position available. I did alright as a full-back and ended up staying there. That was how things fell into place."

Furlong still relishes the attacking side of the game. His marauding runs up West Brom's right flank were their biggest offensive threat during the defeat to Leicester on the opening weekend of the season.

But Bilic's side are likely to spend far more time defending in the Premier League than they did in the Championship - they have averaged just 37 per cent possession in their opening two games compared to 54 per cent last year - so it's a good thing Furlong takes his defensive responsibilities seriously too. "I am definitely a defender first," he says. "That's what a right-back is, but of course the modern-day right-back has to get forward, try to create opportunities up the pitch and support the attacking players, which is a fun part of the game.

"I can still get forward in the Premier League, but I have to pick my moments a little bit more carefully. Where we had the ball a lot in the Championship and I might be able to get forward a little bit more, we might have it less in the Premier League. It changes the ratios of what you're doing, but the game situations are the same and we can still use what we did last year."

Furlong will certainly need to be switched on defensively when West Brom face his father's old side on Saturday. Frank Lampard's Chelsea have been reinforced with a string of high-profile signings over the summer.

"It's going to be a great challenge," he says. "These are expensive players who have been bought for big transfer fees and light up the world stage.

"But it's just another game. We can't be looking at Chelsea and thinking we're just going to roll over. Our results so far have not been nice for us, but we are always learning. It's just a case of going out, building on the positives and doing what we believe in."