In an exclusive interview with Sky Sports, Robinson - once Liverpool's youngest player - talks of 'emotion' ahead of first Anfield return plus Blades' challenging start to season; Liverpool vs Sheff Utd is live on Sky Sports Box Office on Saturday; Kick-off 8pm 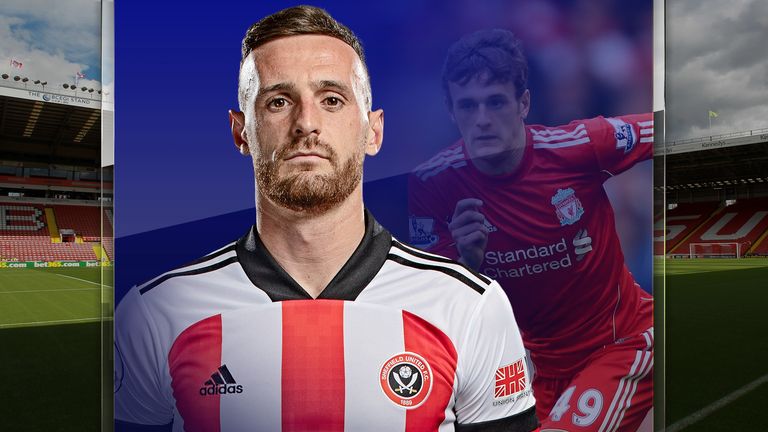 Jack Robinson has never forgotten the details. The words Rafa Benitez said to him beforehand: Just enjoy it. The way he nearly set up Steven Gerrard to score in those precious few minutes. The praise from the senior pros he looked up to in the changing room afterwards.

He was just 16 years and 250 days old that May afternoon in 2010. The unexpected cameo against Hull City made him the youngest ever to play for Liverpool. It was a teenage dream realised early for the shy youngster who had never turned out for the reserves but left with a Premier League shirt Benitez noted he clutched tightly all the way home.

A decade later, and back in the top flight with Sheffield United, Robinson will face the club he has supported "as long as he can remember" for the first time in his career.

It has been a long and winding road.

"Yeah, I think it will be emotional," he says with a smile, picturing the replica shirts the family albums show he was never out of as a child, thinking of the Anfield Road and the Shankly Gates and the footballing bug caught from his father.

"This is something I've been looking forward to for quite a while. It was one of the first aims I set myself after my first big injury... I wanted to try and get back here. This is the sort of place you want to play, this is where you want to show people what you can do.

"There will be extra emotion but it will be good emotion."

Robinson, 27, can now look back with fondness on a day he will never forget but the truth is that it was daunting, dizzying, intense back then. He "couldn't come out of his shell" around the likes of Gerrard and Jamie Carragher; players he had idolised coming through the youth ranks and with whom he suddenly shared an unfamiliar world.

"You're nurtured in the academy; you're constantly told what to do and you go along with it, but then you get thrust into the first-team surroundings and it's hard for someone to put their arm around you because there's so much else going on, there's so much on the line at a club like Liverpool; your league position, the fact you have to be challenging for every cup.

"When your performances are limited to just a couple a season, it's really hard to get your confidence up."

He went on to make 10 further first-team appearances, mostly in the cups, but the pathway to regular football had been blocked by the arrival of Jose Enrique and there were niggling injuries - precursors to ones that would push him to the brink. After loan spells at Wolves and Blackpool, he finally left Liverpool permanently in 2014.

He is sanguine - perhaps even a little steely - about the decision. 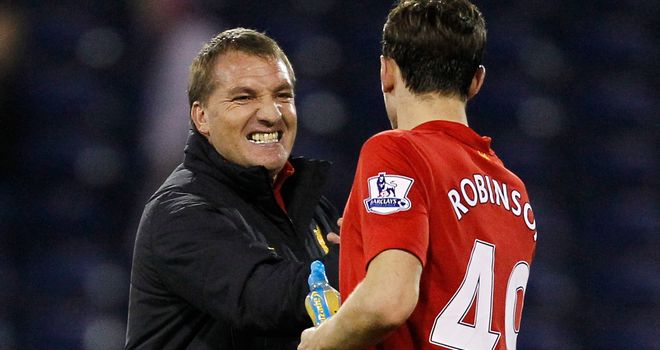 Jack Robinson last played for Liverpool under Brendan Rodgers in 2013

"I regret not fulfilling my potential there, that I wasn't there for longer," he says. "But something I don't regret is the decision to move on.

"I needed to further my career as a footballer and also to learn a lot about life that I probably wouldn't have learned sitting on the bench."

Life came at him fast, again.

On the day he signed for QPR, he was loaned to Huddersfield - a development he described as "weird and frustrating" - but he was finally playing and thriving until a freakish knee injury sustained in a late, innocuous minute of a draw against Birmingham took two years to overcome.

Robinson has spoken with candour about the "deep depression" he faced; how life felt "like a sad film" and how he was convinced, at just 23, that his body had failed him until a therapist helped him to mentally reset. It shouldn't have been surprising that Chris Wilder moved for the former England youth international in January after his rehabilitation at QPR under Ian Holloway and then at Nottingham Forest. The Sheffield United boss has made a heartening habit of reviving careers punctured by circumstance or deemed to have reached their ceiling, and Robinson had resilience as well as pedigree; along with so many of his players, a point to prove.

But there have been challenges too at Bramall Lane. Like replacing Jack O'Connell following his own season-ending knee injury.

Robinson had made only two FA Cup appearances for Wilder's side before he was thrust into a previously settled back three in the first game of last term following the restart, and then again, just two games into this campaign.

United have won just one Premier League game in which O'Connell has not started and his stand-in admits replicating the kind of attacking impetus his piercing diagonals and overlapping runs have brought remains a work in progress. 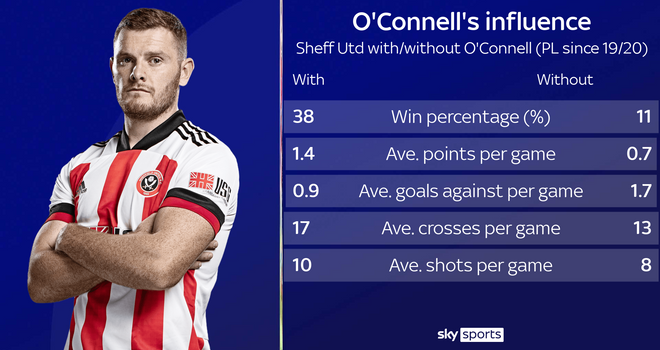 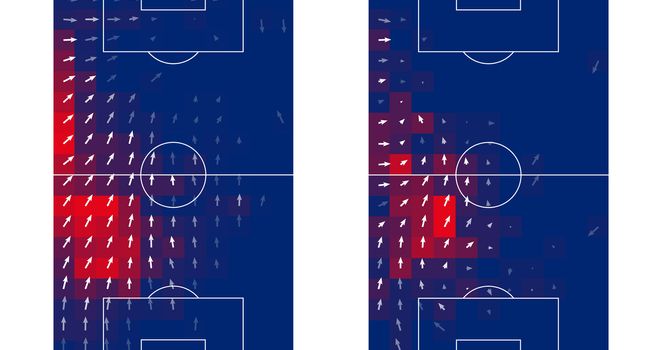 Jack O'Connell's passing flow with heat map (L) compared to Jack Robinson's (R) in the Premier League since the start of last season, highlighting the former's penetrative passing further up the field

"He's a big miss for the team but the manager has shown faith in me and I do think it suits me, the way we play.

"We do a lot of 11 vs 11 in training; we're always practising the shape so the lads who aren't in the team understand their roles. But the more games you play, the more comfortable you get. I've been in and out of the team with Jack being injured and I think it does take more than five, six games to get your confidence up in that position.

"I think there's more from me to come."

The first point of a sobering start to 2020/21 after last season's remarkable ninth-placed finish after came against Fulham last weekend as Billy Sharp converted a late penalty that Robinson won, having earlier conceded one that Aleksandar Mitrovic lashed at the crossbar.

"It was a big relief, to be honest. You don't want to be that person who makes a mistake that costs us a result. It was a lapse in concentration from the corner so I was just so glad to see Bill score the penalty that got us something from the game." He thinks they are "missing the creativity of John Fleck" in midfield as well as "not being clinical enough"; their six per cent shot conversion rate is indeed the lowest in the division. Wilder watched his players spurn a string of chances against Fulham in the first half - just as they had done against Leeds in their previous home game - and then lamented that they seemed "anxious".

"I wouldn't say there's anxiety," Robinson says. "But I do think it's confidence; with four defeats you do lose a bit of confidence and I think some of the lads are feeling that.

"But it's a group that gets behind people constantly. It's still early on in the season; we just need to relax a little bit and not look too much into the results and the points. We've not been clinical enough and we're not keeping as many clean sheets as we'd like but we just have to keep going, keep trying to focus on the performances and hopefully the results will come."

Robinson has certainly shown the sort of individual response to adversity that his team needs right now. He agrees he can draw on his experiences. Jack Robinson says of his long throw: 'I think I just always had the knack, right from being a kid. I've never worked on it.'

"What I've gone through, it just gives you that understanding that there are going to be down days and that you need to balance it out, look to the positives. I've been in these situations before at clubs - it's about how you respond, it's where you need your big characters to step up in games."

There would be no place better to step up than at the home of the champions, feeling the loss of their own fervent fans and stripped of the injured Virgil van Dijk.

"They've got quality everywhere; it doesn't matter which side they put out. But Van Dijk's a big miss that hopefully we can capitalise on in terms of being more clinical and giving them something to worry about. We need a big performance, we need to concentrate for 90 minutes."

Robinson is finally returning to Anfield but he is looking forwards, not backwards.

"I've been talking about it all week with my family. I can't wait. But even though I'm a Liverpool fan, there would be nothing bigger than three points on Saturday for Sheffield United."