Romelu Lukaku is firing Inter to the Serie A title for the first time in over a decade and looks like a player transformed under Antonio Conte but how has it happened? We take a look at how the Belgian has become a complete striker in Italy... "I have not forgotten how a lot of people turned their nose up when we signed Lukaku and said he was overrated," noted Antonio Conte after the win over Sassuolo. "But I always said that he arrived here with potential and that if he worked hard he could do extraordinary things. Lukaku has made exceptional improvements and can make even more."

Romelu Lukaku has been a revelation at Inter. With 21 goals this season, he is the team's top scorer and the key player in ending Juventus' nine-year dominance in Italy. Eleven points clear with eight games to play after beating Cagliari on Sunday, the title is imminent.

For the man himself, it will be his first league championship since his time as a teenager at Anderlecht and a point proven after his Manchester United exit. At 27, he has answered those critics who focused on his limitations. He has done so by eliminating them.

Lukaku appears quicker now, perhaps even stronger. He is intelligent on and off the pitch, a team player, whose link-up play and creativity has developed too. The Belgium international has fulfilled his potential, transforming himself into the complete centre-forward.

"Only Lewandowski and Haaland are at his level," says Ivan Zamorano, the former Inter favourite. Jurgen Klinsmann, another iconic striker in the club's history, highlights his selflessness. "In a team, there are those who give and those who take. Lukaku gives."

For Karl-Heinz Rummenigge, yet another ex-Inter forward queuing up to praise him, it is an overlooked quality that stands out. "He does not rely only on his physique. Lukaku has technical skills that had not been seen so much in Manchester. At Inter, he is a man reborn."

The perfect illustration of this change is not his goal return but the number of assists that he has laid on for team-mates - nine already this Serie A season. No player has provided more. This from a man who did not register an assist in his last 37 Premier League games.

His contribution for the only goal of the game against Cagliari did not even register as an assist but it underlined the importance of his role in the team. Achraf Hakimi rolled the ball into his feet inside the area and made the run in behind, knowing the ball would come.

Lukaku held off his marker with nonchalant ease, controlled the ball with his left foot before feeding the pass into the path of the wing-back with his right. The cross found Matteo Darmian at the far post and Inter had taken another huge step towards the title.

Against Sassuolo, his goal had been a trademark header but his assist for strike partner Lautaro Martinez has become a staple too. The purposeful run in the right channel, drawing defenders towards him, before having the awareness to pick out Martinez in space. 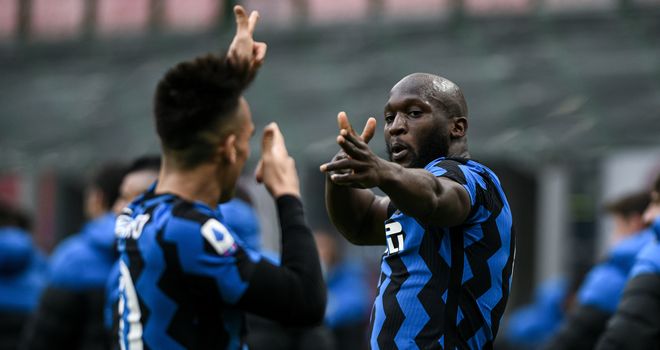 It was the fifth assist that he has provided for the Argentine, making it the most common combination in Serie A, but Lukaku has also set up Alexis Sanchez three times too. Sanchez's second at Parma was very similar to the Sassuolo goal, only the grateful recipient changed.

This is what it means to play with Lukaku now. In the opening stages of the derby against Milan, it was his inviting cross that found Martinez. Next up against Genoa, he had the presence of mind after a surging run to measure the pass into Darmian's path.

Lukaku has always been a useful target but his awareness in these situations, his decision-making in the final third, has improved significantly. As has the subtlety of his touch. That was always in his game. Now, with confidence booming, it is there consistently. 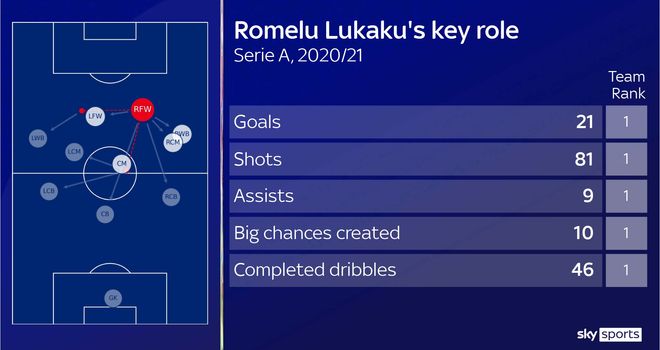 How has this happened? That is a question impossible to answer without reference to Conte. This was a coach who always recognised Lukaku's talent, not only pushing hard for Chelsea to sign him in 2017, but never really forgiving the board there for failing to deliver.

Inter finally granted his wish in 2019, even if they too were said to have been alarmed by the ferocity of Conte's advocacy. United were happy to get their money back, the theory being that Lukaku could take them only so far. Conte has helped exposed that idea.

Speaking exclusively to Sky Sports last season, Lukaku himself recognised that he had reached a turning point in his career. "I think I had to rediscover myself," he acknowledged.

"Last year [at United] was difficult for me on the professional side, because stuff was not going how I wanted and I was not performing well. I had to find it within myself what was lacking and came to the conclusion that it was time for me to change environment." 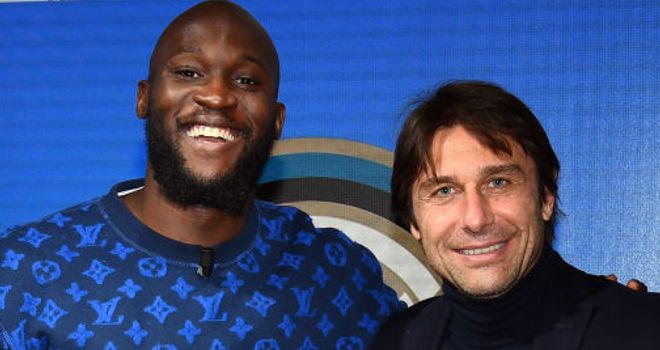 It did not Lukaku long to realise that Conte is relentless.

"In the first training sessions when I was there, the physical work, I was not used to this. We are talking about the Premier League being physically the toughest league, but the training sessions that we do - nobody trains as hard as us. Never. You are really at your fittest.

"I spoke to my agent and said, 'I am suffering a lot in training because I never did this type of work.' When I was looking around me no one was moaning, everyone was getting on with it.

"It was something special because sometimes coaches are on the sidelines making jokes because you can't do it. But he is there wanting you to do more, encouraging you to do more. It can be as hard as you imagine, but no player will give up because he gives you that energy to keep going. That shows in the intensity on the pitch."

Off the pitch, Conte can be fierce. Lukaku recalls the fury of his coach after his first Champions League game for Inter. "I played really bad - like I was trash that day - and I really got it from him in front of the whole team. It had never really happened to me." 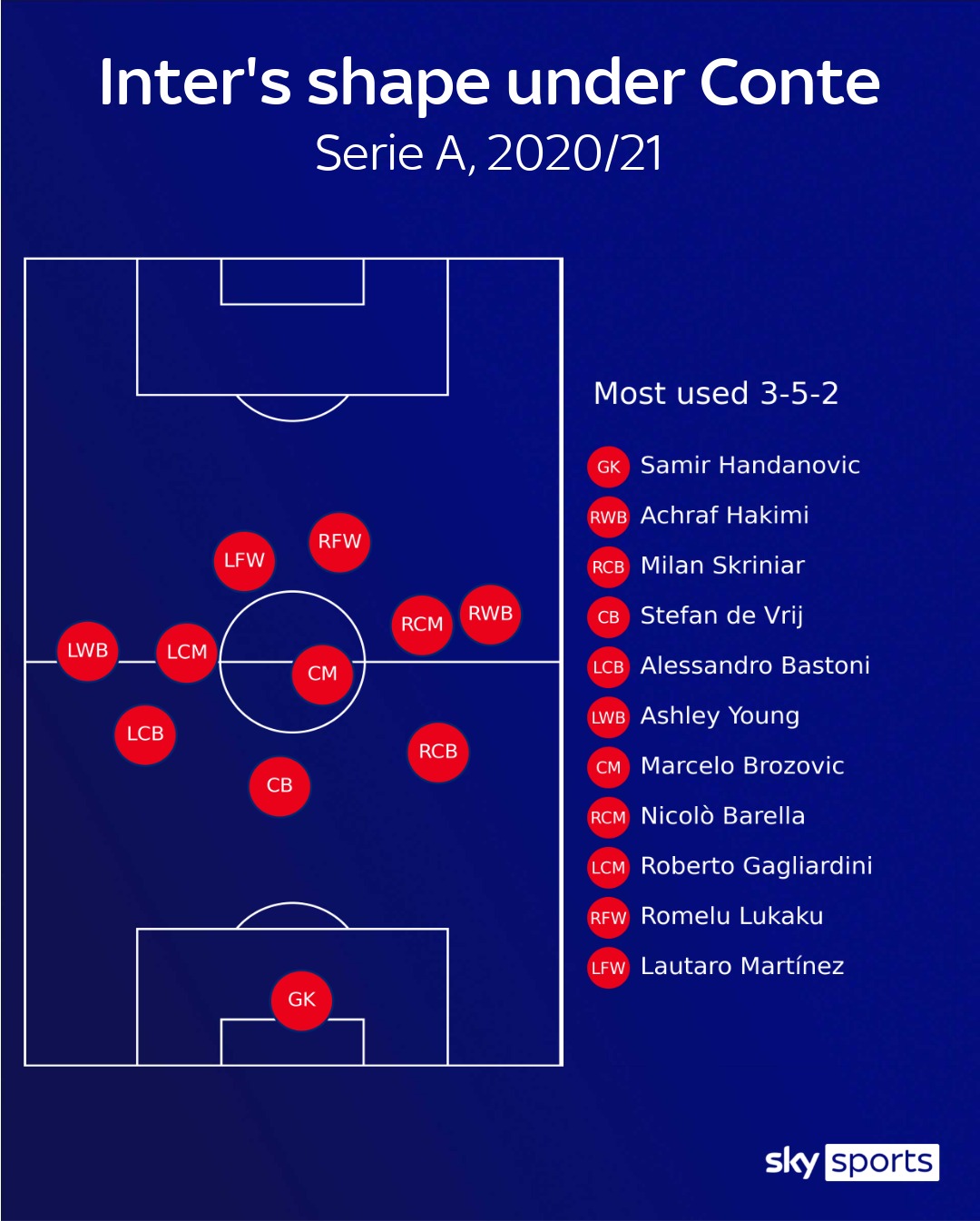 But these motivational qualities are only part of it. The bluster would not work unless it was coupled with tactical ideas of substance and Conte brings that too. His 3-5-2 formation, a variation on the system used to such good effect at Chelsea, has been instrumental.

At Manchester United, Lukaku was too often used as a battering ram, the service chiefly aerial. At Inter, other assets have come into play. No one in Serie has provided more lay-off passes - he is still a target - but no one has had more shots on the break either. 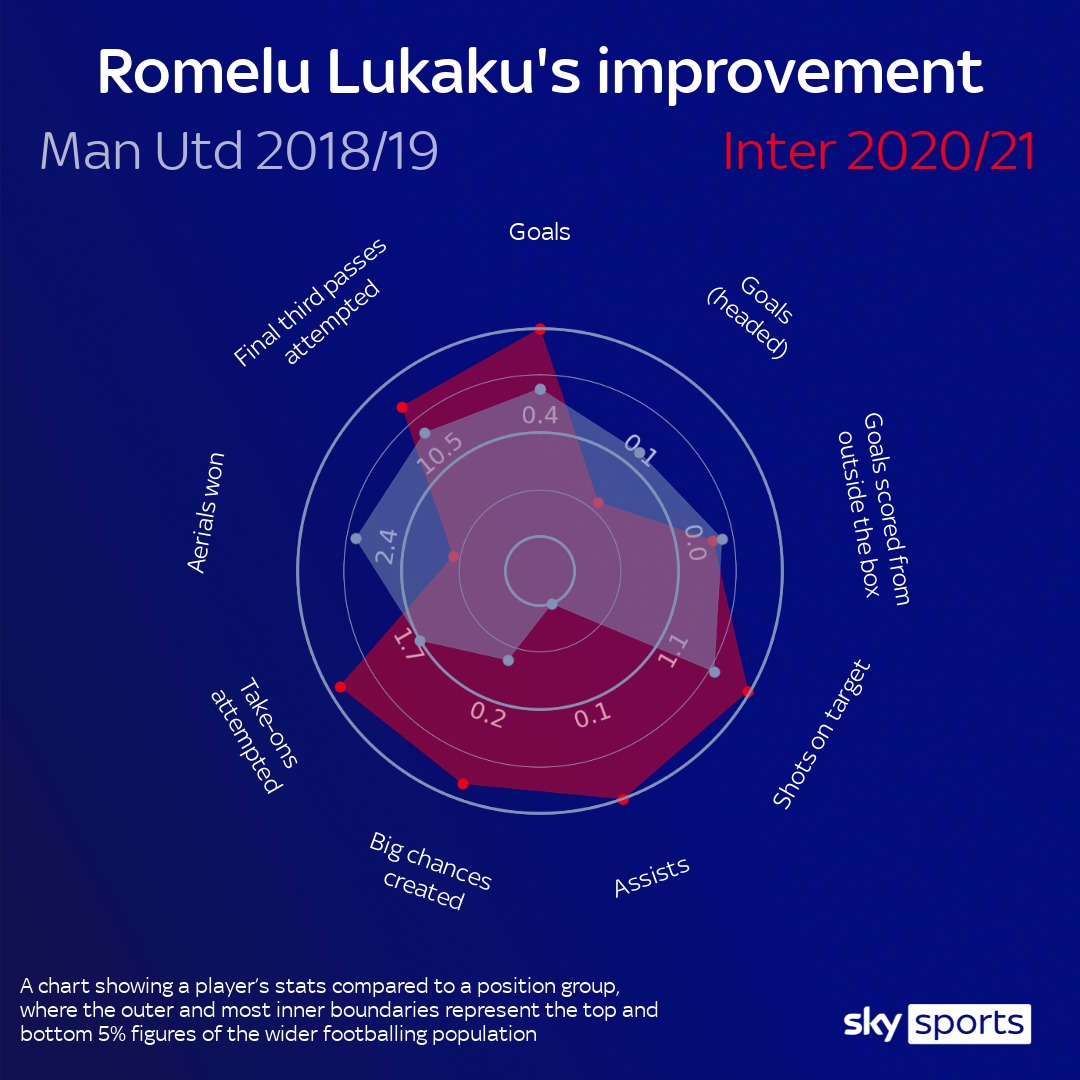 Inter can play a possession game but they can soak up pressure before hitting teams on the break too. The formidable partnership between Lukaku and Martinez is an essential component with Lukaku drifting into his favoured zone just off the right.

The recent goal against Lazio, when Lukaku left the ageing Marco Parolo trailing, showed that the striker is much more than a target man, he retains real pace too. "Sometimes I have to start running early to keep up with him on the counter-attack," says Martinez.

Their understanding is superb, complete with their own Call of Duty goal celebration, and it suits Lukaku perfectly. "When there is a lot of movement around me, I am at my best because then I can create myself and I can be at the end of the delivery," he explains. 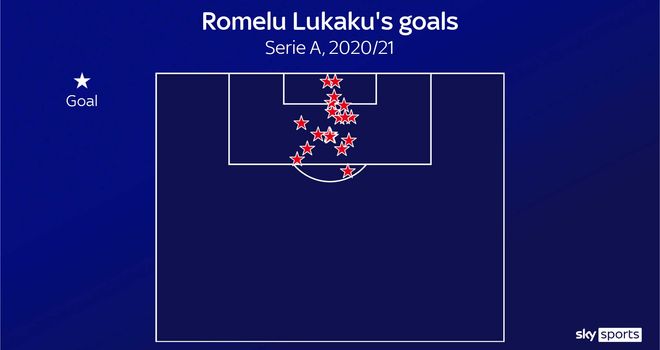 All 21 of his goals have come within the width of the six-yard box. That reflects the service that he is receiving but also his intelligence in knowing when to shoot. If there is a better opening then he will opt for the pass, as shown by the impressive assist numbers.

"We create a lot of chances and we have a great defence because we don't give up until the end. It's great to see and for me it was like, 'Finally, my full potential can come out'."

That is precisely what is happening. Lukaku's first season was good, albeit ending in the disappointment of an own goal in the Europa League final after falling just short against Juventus. But it only increased the hunger. Inter upped it. Lukaku upped it.

Victory in Naples this weekend would only hasten the inevitable. Inter's wait will soon be over and the redemptive arc of a player whose talents were downplayed in England will be complete. Just as Conte had predicted, Romelu Lukaku is doing extraordinary things.