Former Newcastle United striker Salomon Rondon speaks to Sky Sports about the ongoing influence of Rafa Benitez as he pursues his coaching qualifications. The Venezuelan striker has not ruled out a return to the Premier League yet though... 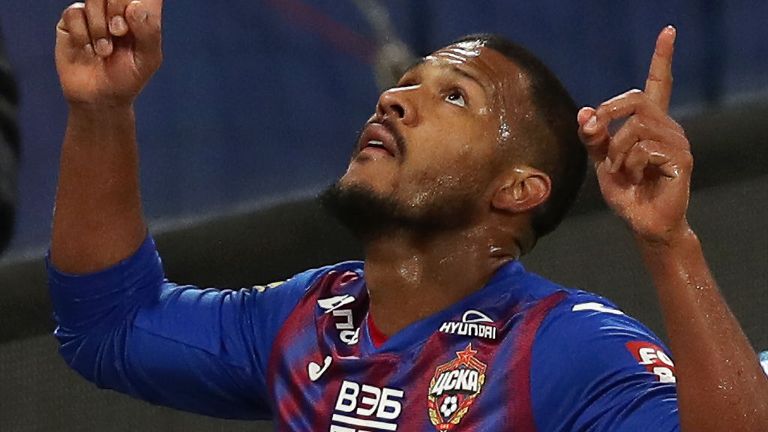 Salomon Rondon still remembers his first meeting with Rafa Benitez. The pair had a 45-minute conversation but there is one moment that stands out for the Venezuelan striker.

"All of a sudden, Rafa drew some goalposts," Rondon tells Sky Sports.

"He said to me, 'What position do you play?' and I replied, 'Forward', to which he said, 'And forwards score goals, don't they?' He then went on to ask me about where I would place the ball in the goal and why. He really made me think about how I score goals.

"That is something that will stay with me forever."

Rondon was no youngster. He was 28 at the time, a consistent scorer in the Premier League during three seasons at West Brom, in Russia, and with Malaga in La Liga before that.

Working with Benitez during that 2018/19 season with Newcastle, in which Rondon scored 12 goals, was still an education. The pair even linked up again at Dalian Pro in China, before Benitez's departure in January. Rondon left for a loan spell at CSKA Moscow soon after.

"We keep in touch," he says. "He has been very important in my career and helped me to understand football in a different way. Thanks to the way that he is able to connect with his players, I learned so much from him. I could talk to him about lots of different things.

"Every training session, every match, taught me lessons I will never forget." 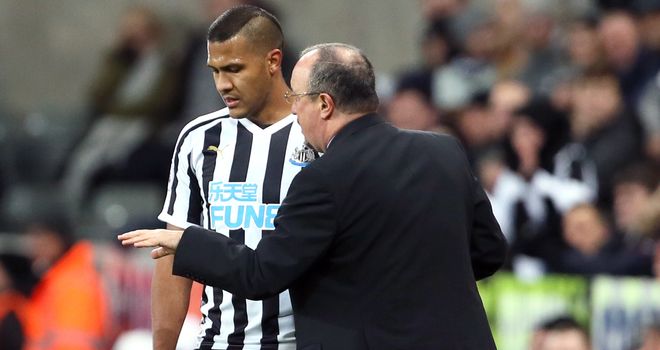 Rondon enjoyed a successful season with Newcastle under Benitez

Rondon's curiosity has been sufficiently piqued for him to pursue his coaching qualifications, even completing an online diploma in sports management at the Cruyff Institute.

"They offer lots of top courses, so, because of my interest in coaching, I decided to improve my knowledge. I think it is really important for me to study at this stage of my life.

"I have learned things from all of the coaches I have played for and I appreciate their lessons and the things they have taught me. As well as Rafa Benitez, I remember the things that I have learned from Manuel Pellegrini, Andre Villas-Boas, and Luciano Spalletti.

"I believe that coaching is something that every footballer is attracted by because of all the knowledge we have of the game. I like the idea of being able to share my experience in the dugout, applying everything that I have learned over the years to help players."

That is for the future. For now, Rondon, 31, still has ambitions on the pitch.

He was among the top scorers in the Chinese Super League last season and made a swift transition back to Europe, scoring four goals in his first six games for CSKA on his return.

There have been bigger challenges than football, of course.

"I spent the pandemic in China, far away from my family," he explains. "That was tough for me because I am someone who likes to have my family close. I learned to appreciate the people we have around us and how important it is to have our health. Luckily, football came back and I was able to do what I enjoy most, which is celebrating scoring goals."

Rondon's immediate priority now is the Copa America with Venezuela, his fifth for his country having scored in three of the previous four. They are scheduled to kick off their campaign in Medellin in Colombia against the holders Brazil on June 14.

"I hope to enjoy myself, just as I do every time I play for the Vinotinto, and that we can get as far as possible. In our last game against Chile, I wore the captain's armband. That made me so proud. I get to represent my people, my family and that is a really special feeling.

"It means a lot to me to be the national team's all-time leading scorer."

Perhaps he will return home one day but for now, Rondon's tour of the globe is not over. His successful loan spell with CSKA Moscow has come to an end and while he is still contracted to Dalian Pro, if every party is agreed, a return to the Premier League is appealing. 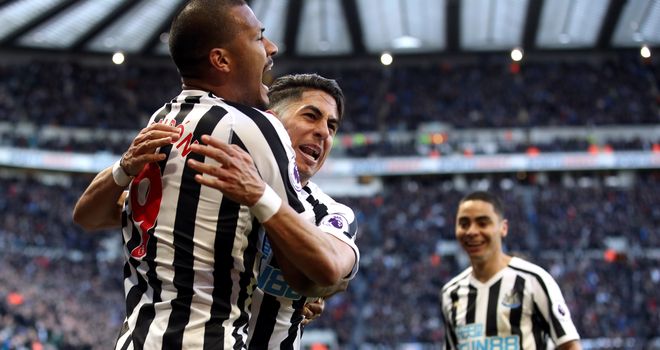 Rondon still has a good relationship with the Newcastle supporters

"I recently congratulated Alan Shearer on social media for being named in the Premier League Hall of Fame and lots of Newcastle fans replied with some nice comments.

"You do not forget those things of things. I feel a lot of love from them and the feeling is mutual. I must also mention the West Brom fans, who supported me from day one.

"I had some really happy years in the Premier League and produced my best football there and I continue to follow the league, which is, without doubt, the best in the world.

"I am under contract with Dalian Pro so any decision would depend on them, but they have always treated me really well, as they did with my loan to CSKA, where it went well.

"I have had a very good few months here on the pitch, I have scored goals and I have provided assists in a league that I know really well from my previous spell. I feel like I am in great form and I am continuing to enjoy my football. I feel really fortunate."

And if he ever does forget where the goalposts are, Salomon Rondon is fortunate enough to know someone who would happily draw a picture for him.