“The feeling you get from helping others. It is almost as good as scoring against Bayern if not better.” In an exclusive interview with Sky Sports, Augsburg’s Mads Pedersen discusses his goal against Bayern Munich and having bigger ambitions than football

It is over two years ago now that Mads Pedersen made his Bundesliga debut. Last month, finally, he scored his first goal in the competition. The Dane certainly picked his moment. The goal came in Augsburg’s shock 2-1 win over champions Bayern Munich.

"I have been waiting a while for that," he tells Sky Sports. "But to do it against Bayern gives it that little bit extra. It was amazing to hear the fans scream my name and hear the fans go crazy. It felt like that win just gave a confidence boost to the whole club."

Pedersen must have been inundated with messages afterwards? "I had a few," he says. "Family and friends, of course." But ask him if this was the best feeling he has experienced in football and the answer is a little out of the ordinary. There is more to Mads Pedersen. 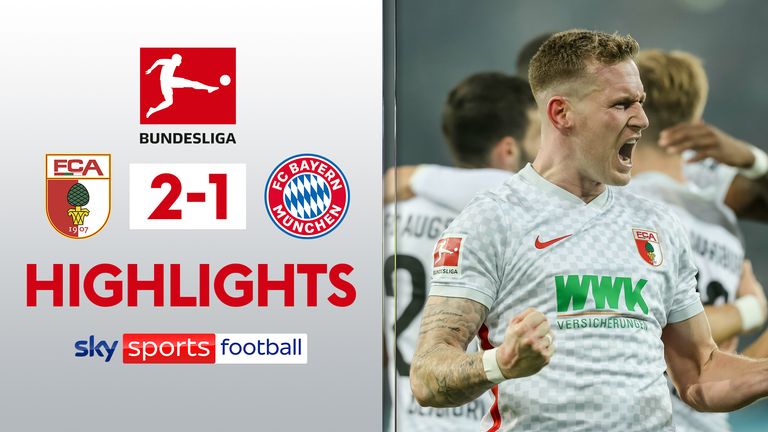 Highlights of the Bundesliga match between FC Augsburg and Bayern Munich

He has his own charitable initiative supplying second-hand clothing to Ghana. "The desire to give back was the main reason. I like helping others and the feeling you get from helping others. It is almost as good as scoring goals against Bayern, if not better."

He is also a member of Common Goal, the movement launched with the support of Manchester United's Juan Mata that encourages players to pledge at least one per cent of their salary to help fund charities around the world.

"Everyone can spare one per cent," says Pedersen.

"It is not about only the money that we make but the platform we have to inspire others. We have a responsibility as a footballer because we have that platform. That is something we have to use in good ways. As a footballer, you have to give back."

This mantra was instilled in Pedersen, 25, during his time at Nordsjaelland, the Danish club with a unique perspective. Club owner Tom Vernon is also the founder of the Right to Dream academy in Ghana and has fostered strong ties between the two.

Players at Nordsjaelland are encouraged to commit to give-back projects and to be aware of their responsibilities. "It is different to many clubs," explains Pedersen. "There is a thread that runs through the whole place. They focus not only on the player but the person."

It was this thinking that inspired Pedersen to launch his clothing plan. When out of action with a knee injury, his thoughts went far beyond rehabilitation. He wanted to use the time constructively to do something more. He decided to take a trip to Africa.

"The injury was going to take a few months so I spoke with Tom Vernon and the coaches. We talked about whether I could visit the academy in Ghana and see the whole thing going on while I was doing rehab on the knee. Quickly, they drew up a plan for me to go.

"A few weeks before I went I spoke with Sebastian Morua, who is kind of the connection between the players and the academy down there, about this giving back idea and doing more as a footballer. I told him that I had tonnes of clothes I was not using.

"I thought it might be interesting to take it to the academy or anyone there in Ghana who might need it more than I did. He said, 'Let's do it.' It developed from there. I think we had 250 kilos of clothes the first time and the second time we had a whole container."

Pedersen laughs at the memories of that second experience, an operation he was conducting from Europe because of his playing commitments. "I was following the shipments." He would then have FaceTime meetings with his contact in Accra.

But it is his visit to Ghana that has left a lasting impression.

"It was a little bit overwhelming. I stayed in the academy for four days with the kids there. Then I went to Accra. There were houses built from garbage. There was such a gap between rich and poor. There were eight people living in a space the size of my bedroom.

"They were still being optimistic but that hit me. I had a nice childhood growing up in Denmark. We need to be a lot more grateful for what we have. But these guys grab the opportunity when it comes. It is amazing. They work 10 times as hard as most people do."

Their inspiration is Mohammed Kudus, a former Right to Dream academy graduate who moved to Nordsjaelland and is now shining at Ajax. "He has come all that way," says Pedersen of his old team-mate. "I hope he inspires them to believe in their dreams."

Pedersen is an inspiration too. A man with a work ethic of his own who has overcome his injury setbacks and a challenging start to his Bundesliga career. "There are periods when the tempo is high in Denmark. But here it is just consistently high throughout the game.

"You do not get one second to relax." 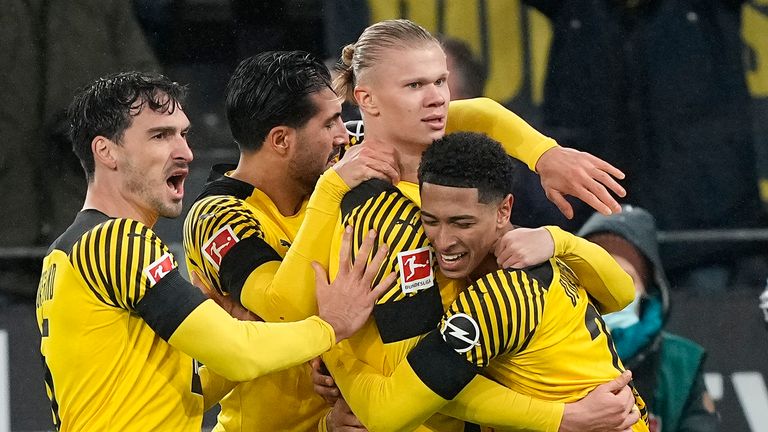 Augsburg cannot afford to rest either. Despite having beaten Bayern, they remain third bottom. "We are improving every week, it is getting better and better, our understanding of each other as well as the coach's vision of how we should play."

The rewards are obvious. There is a World Cup next year and Pedersen's flexibility - he has featured in defence and midfield for Augsburg - could yet see him force his way into the Denmark squad. "The national team has always been a dream and a goal," he adds.

"Already you can see that with the goal against Bayern. Hopefully, there are many more to come."