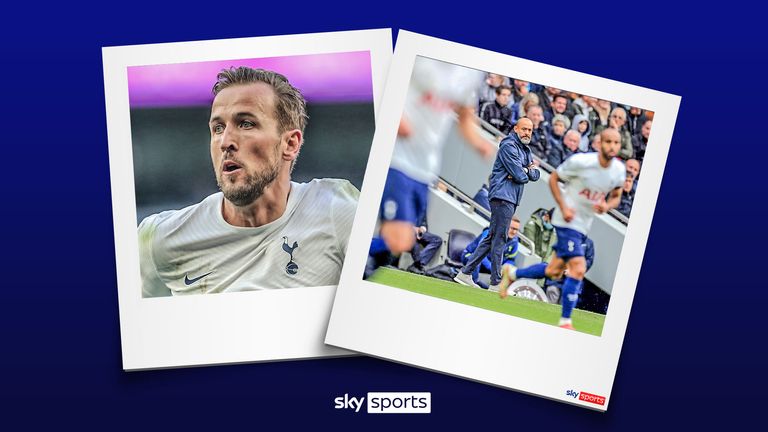 Tottenham have covered less distance than any other team in the Premier League this season - but is it lethargy or style and when did it start?

Those three victories with clean sheets were followed by three defeats against Crystal Palace, Chelsea and Arsenal, but it was the manner of those defeats that raised alarm - outclassed, shipping nine goals and scoring only once.

The Tottenham Hotspur Supporters' Trust (THST) requested a meeting with the club's board to discuss its "short and long-term strategic vision" following the North London derby - which was reportedly declined by chairman Daniel Levy.

A 2-1 win against Aston Villa before the international break doused discontent, but questions remain about Harry Kane's commitment to the club following his summer transfer saga and a goalless start to the league campaign. 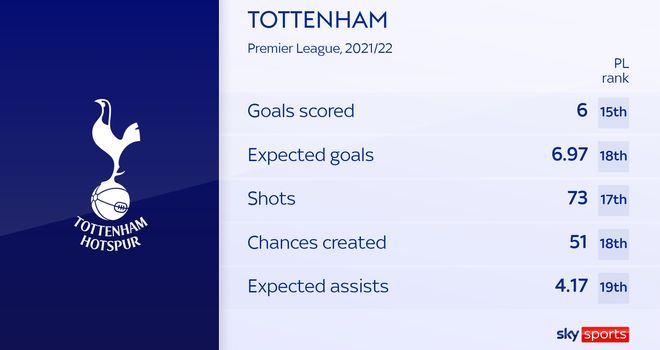 However, a less glaring statistic than results and goals also raises eyebrows: Spurs rank bottom in the division for distance covered - by some distance.

The table above might also pose questions regarding other clubs, such as Aston Villa, Wolves and Palace, while Chelsea and both Manchester clubs rank in the bottom half - but there are explanations for these teams.

The latter trio play with high lines and compress opponents into tighter spaces with superior possession - therefore reducing the distance to cover.

Villa counter with less possession, newly-promoted Watford have very little of the ball, while Wolves traditionally covered league-low distances with a deep style under Espirito Santo - which raises further questions we will tackle next.

What is most stark about Spurs' decline in distance covered is how the team have slipped from ranking second in the division for four successive seasons under Mauricio Pochettino to bottom of the pile in just two years.

The graphic above suggests the slide began during Jose Mourinho's reign at the helm. Spurs sacked Mourinho in April this year and Levy demanded 'free-flowing, attacking and entertaining' football.

But the club appointed Espirito Santo two months later - a manager renown for his deep and conservative style - the exact traits Levy had sought to relinquish.

"We are acutely aware of the need to select someone whose values reflect those of our great Club and return to playing football with the style for which we are known – free-flowing, attacking and entertaining."

Looking at the average positions of Espirito Santo's teams over the past year, Tottenham actually have fewer players stationed in the opposition half than Wolves achieved last term - so Spurs' desired style remains elusive for now. 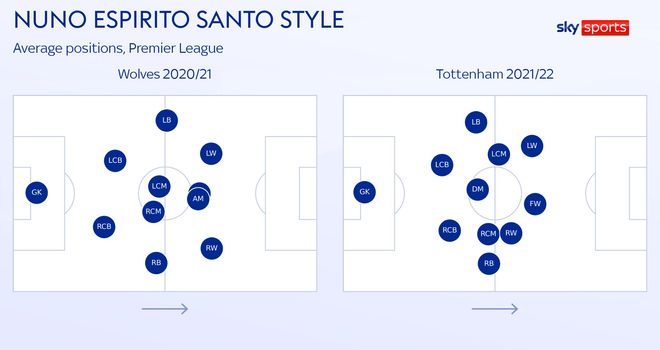 What about the players?

In terms of the players, Pierre-Emile Hojbjerg has covered a team-topping 68.1km in the Premier League, but, when factoring minutes played (including injury time), Dele Alli emerges top with an average of 10.2km per 90 minutes - the same player Mourinho branded 'lazy' in training.

The graphic below poses numerous 'chicken or egg' quandaries, such as the full-backs covering below-average distances - but this could be a result of the team playing deeper and therefore not covering the full length of the pitch as frequently.

The midfielders and Heung-min Son appear to be ticking under par for physical exertions - but it is difficult to isolate the source of the issue definitively when the team playing style plays such an integral role.

For context, team-topping Alli still ranks only 59th in the Premier League out of all players to have registered 90 minutes or more this term (including injury time) - a damning indictment for team-mates lagging behind the former England star.

It might be easy to direct blame at Kane after the summer transfer saga and his barren league run, but the England captain remains consistent with physical exertions from last term - recording only a 0.29km dip per 90 minutes. Indeed, Alli records the biggest dip of 1.1, followed by Ben Davies, Giovani Lo Celso, Steven Bergwijn, Lucas Moura and Hojbjerg.

Most notably, every single player has averaged less distance this season.

There is also a clear link between distance covered and results: the graphic below reveals Spurs outran every opponent during their three-game win streak, but have been notably inferior in three of their four games since.

Indeed, Burnley midfielder Ashley Westwood recently told Sky Sports: "We always have to outwork teams. If you don't, you don't usually win the game." The Clarets currently rank second in the running chart but sit 18th in the league table - so does running more than the opposition actually deliver more success?

The numbers suggest it does. In fact, the correlation with win percentage is a growing trend: teams who outrun opposition this season have been 11 per cent more likely to win than those who run less, compared with just a two-per-cent difference in 2019/20.

Tottenham have the opportunity to make it two wins on the bounce when they face Newcastle at St James Park on Sunday, live on Sky Sports Premier League.

The new dawn in Tyneside will dominate pre-match headlines after the Newcastle takeover by PCP Capital Partners last week but Spurs will want to quash any idea of polarised trajectories - and running the hard yards could reap rewards.